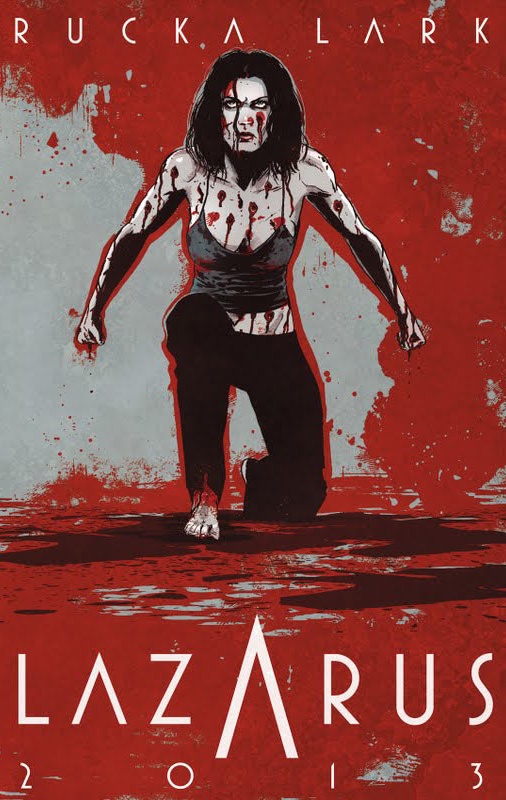 It was announced way back when at this year’s SDCC that Greg Rucka and Michael Lark, two thirds of the Eisner Award winning team that brought us “Gotham Central”, would be re-teaming for a new title from Image Comics called “Lazarus”. Over at CBR, Rucka and Lark talked about the title.

Also, as a note, Rucka posted on his tumblr explaining that the protagonist of the book’s name has since been changed from Endeavour to Forever, but they still ended up using her old name in the interview. Just something to keep in mind.

“‘Lazarus’ is the story of a woman who discovers nothing is what she’s been led to believe it is, and her attempts to overcome it and perhaps try to make things right,” Rucka explained to CBR. Rucka’s become almost famous for his writing of female protagonists in titles like “Gothma Central” and “Queen & Country” among many, many others and it looks like “Lazarus” is going to join the same ranks.

“[“Lazarus”] takes place in a near-future where the economic collapse we all fear happened,” Lark explained. “Endeavor is a sort of high security for part of the One Percent, who are literally at this point the one percent who have everything.”

Born from the Occupy movement, Rucka explained that the title takes a look at a society where wealth is measured not by money, but by access to resources and where only a certain number of families do have access.

For more on “Lazarus”, which rolls out Spring 2013, head over to CBR for the full interview.