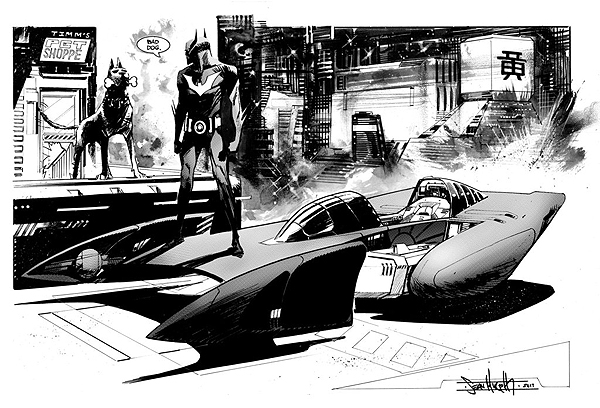 First Black Robin in Detective #27! From me and @Ssnyder1835

You can see it above, folks. Scott Snyder and Sean Murphy are doing something no one else has done by creating the very first black Robin in their upcoming short story in “Detective Comics” #27. We know little about their story besides this factoid and that it’s a sci-fi future story, but the confluence of two daring storytellers is certainly something we’re eager to read.

Either way, it’s a cool achievement, and it makes sense that two forward thinking gentlemen like Snyder and Murphy would be the ones to do it.

Update: Murphy now tweeted loose pencils of the character, which you can see below:

Update update!: Sean Murphy clarified the nature of this Robin:

Thanks everyone for your excitement about the new character! Just to clarify, this isn't an official new Robin–my story w/ @Ssnyder1835 …

…is set in an imaginary future. Sorry for the confusion, I should have been more clear. Please RT @DCComics