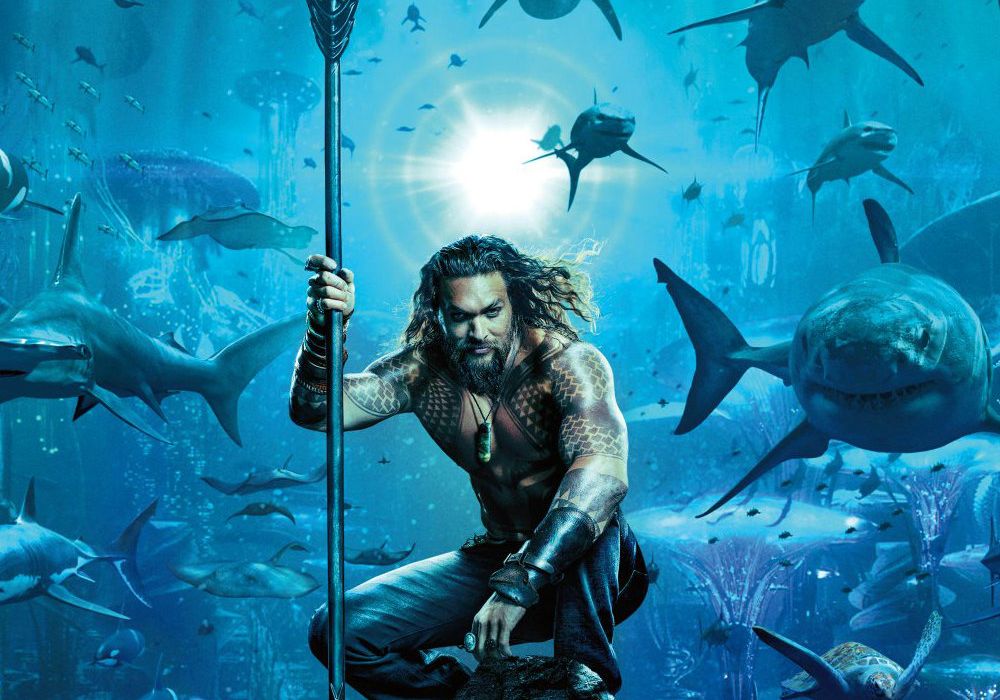 At Warner Bros. Pictures’ San Diego Comic Con panel, fans were treated to a first look at Wonder Woman 1984, Shazam!, and Aquaman. After previews of other upcoming Warner Bros. releases, Wonder Woman 1984 stars Gal Gadot and Chris Pine and director Patty Jenkins arrived to talk about the sequel. Rough footage of Diana saving a child from two gunmen in a mall, and running down a street were shown.

Then Shazam! star Zachary Levi came up the stage of Hall H to introduce a three-minute teaser trailer, which gives us an extensive look at Billy Batson’s origin story, and a brief appearance from Mark Strong as the evil Dr. Sivana:

The trailer, which is 2:25 minutes long, shows extensive flashbacks of Arthur’s parents (Kidman and Temuera Morrison), and his childhood. The trailer heavily emphasizes the civil war brought about by Orm (Arthur’s brother)’s decision to declare war on the surface world, Arthur and Mera surfing the world, and demonstrates Black Manta in action.

In other DC-related business at the panel, a clip of Momoa’s Aquaman and classic Aquaman riffing with LEGO Batman and Emmett was shown to promote The Lego Movie 2: The Second Part, and it was revealed Harley Quinn will be cameoing in the film. That movie is coming out February 8, 2019: Aquaman is out beforehand on December 21, 2018, Shazam! will be released on April 5, 2019, and Wonder Woman 1984 will be be out on November 1, 2019.