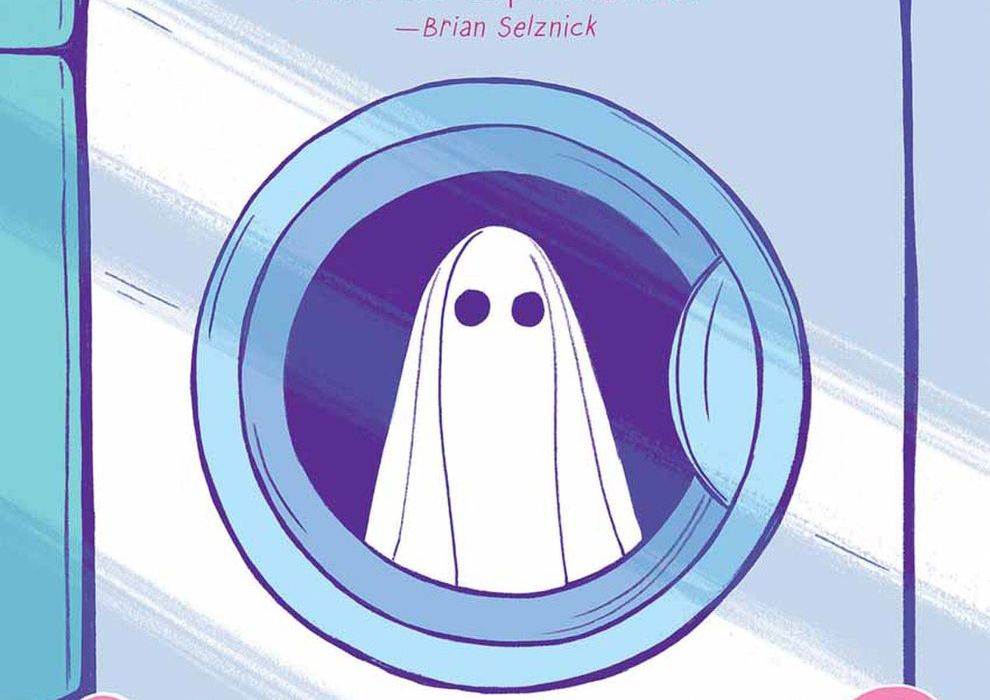 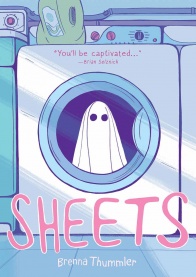 A practical thirteen-year-old girl who is left in charge of the family laundry business after her mother’s unexpected death. Her daily routine features unforgiving customers, her grieving father, and the fastidious Mr. Saubertuck who is committed to destroying everything she’s worked for.

Wendell IS a ghost.

A boy who lost his life much too young, his daily routine features ineffective death therapy, a sheet-dependent identity, and a dangerous need to seek purpose in the forbidden human world.

“Sheets” illustrates the determination of a young girl to fight, even when all parts of her world seem to be conspiring against her. It proves that second chances are possible whether life feels over or life is over. But above all, it is a story of the forgiveness and unlikely friendship that can only transpire inside a haunted laundromat.

At PREVIEWS World, Thummler said, “There are times we all feel like ghosts, and not just in need of a good wash, but also invisible, different, or like we don’t belong. ‘Sheets’ grew from this loneliness, and I learned to use storytelling as a way to step out of the dark. It is a tremendous honor to be able to share this story with readers, and to remind them that there are always ways to feel alive and visible, as long as they don’t stop looking.”

The manuscript has already drawn praise from Brian Selznick, the author of Wonderstruck and The Invention of Hugo Cabret, and Daniel Handler, the creator of Lemony Snicket’s A Series of Unfortunate Events. Selznick said, “Brenna Thummler’s first original graphic novel is a reason to celebrate. She announced herself as an artist to reckon with when she illustrated Mariah Marsden’s adaptation of Anne of Green Gables. Now she’s illustrated her own story of ghosts and family, loneliness and laundromats. I’m sure you’ll be captivated, and as eager as I am to see what comes next!” Handler said, “For days after reading Brenna Thummler’s ‘Sheets,’ I have been wandering my neighborhood, haunted, enchanted, and in need of freshly pressed clothing.”

Head on over to the School Library Journal and ICV2 for exclusive previews of the book. “Sheets” is part of the all-ages Cub House imprint, and will retail at $12.99.