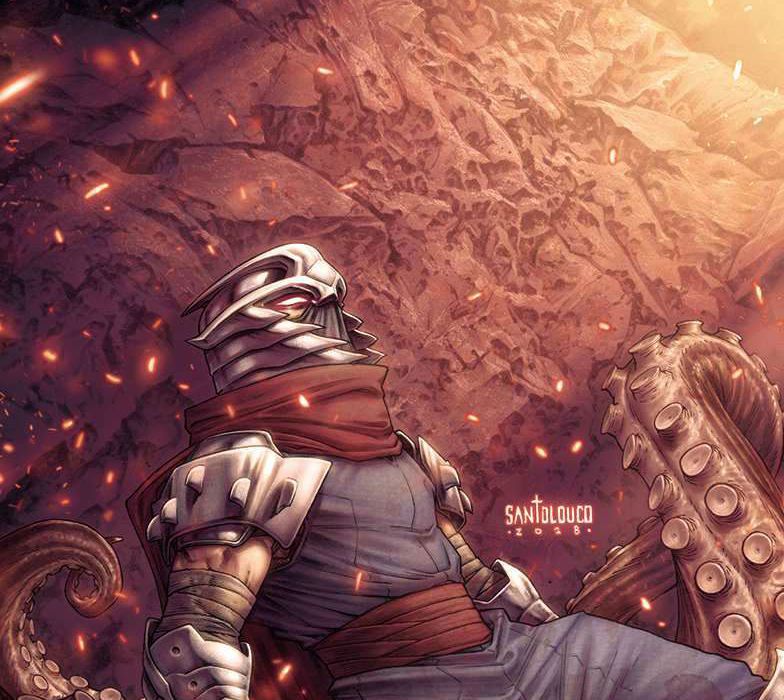 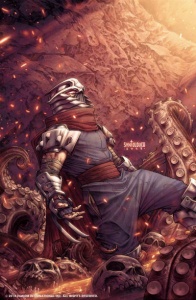 IDW announced this morning that Mateus Santolouco, one of the defining artists of their “Teenage Mutant Ninja Turtles” series, is working on “Teenage Mutant Ninja Turtles: Shredder in Hell,” a miniseries chronicling Shredder’s journey through the afterlife. Following recent events in the comic, where his failure in a gauntlet challenge against Splinter and the Turtles led to Oroku Saki committing seppuku, turns out to be far from the end of his story. The mini-series will follow Shredder as he struggles to survive in the “burning hellscape” that apparently is his afterlife. His experiences will reveal to him his true purpose and the truth behind the powerful beings responsible for existence.

Mateus Santolouco has this to say about the story that he is crafting:

“I’m very humble and thankful to help expand the rich universe of TMNT, adding new layers to the Turtles’ main villain…We’re not only revealing Shredder’s role in a conspiracy of divine proportions, but we’ll have a better understanding of his fears and ambitions. Oroku Saki is more human than ever…and this will only make him an even stronger force for the TMNT to face.”

Bobby Curnow, the TMNT group editor for IDW, calls “Shredder in Hell” a spiritual sequel to the 2013 “Secret History of the Foot Clan” series, which Santolouco created with writer Erik Burnham. Curnow went on to add, “There’s one crucial difference: whereas before Mateus was just coming into his own as a creator, he is now, five years later, working at a master class level. The art he is producing is unreal, and the story is surprisingly deep and reaches to the core of IDW’s TMNT universe.”

“Shredder in Hell” will begin sometime early next year.