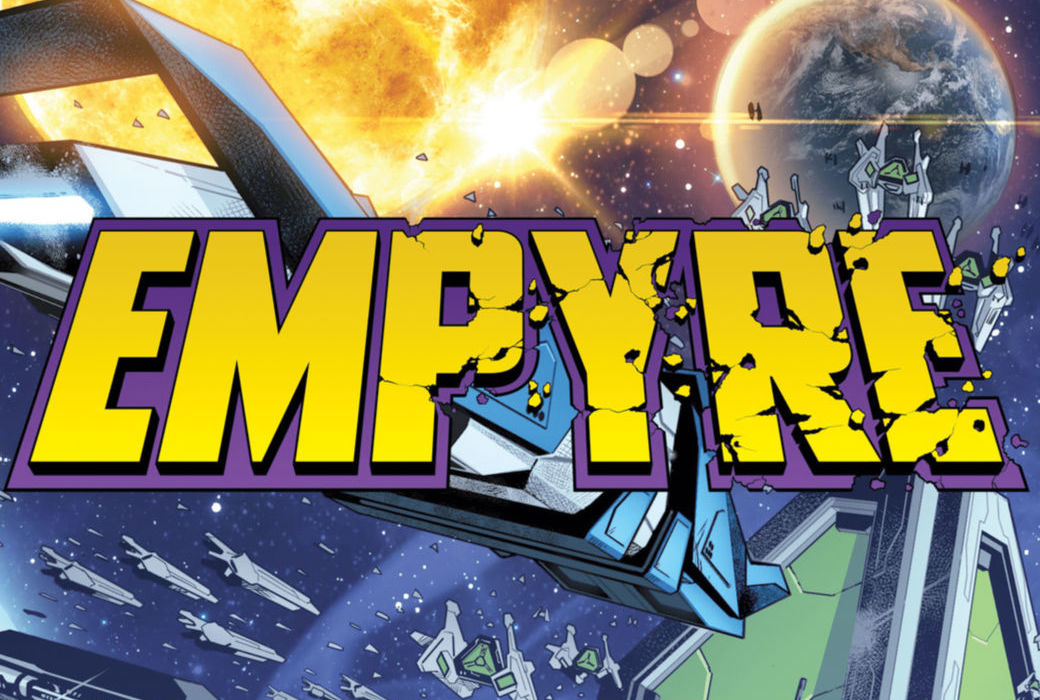 Before the holidays began, Marvel teased their big event of 2020 with a video and nothing more than a title: “Empyre.”

Now, we know the full creative team and scope of the spring/summer 2020 event: co-writers Al Ewing and Dan Slott and artist Valerio Schiti are giving us a war between the Avengers and Fantastic Four on one end, and the Kree and the Skrulls on another, united together in one empire as they head towards Earth.

Al Ewing and Dan Slott wrote the beginning and ending of the “Incoming!” one-shot that was published last week, which previewed the event and continued plot threads from “Marvel Comics” #1000. Ewing most recently has been the writer of the acclaimed “Immortal Hulk” series and come January will relaunch “Guardians of the Galaxy” with artist Juann Cabal. Slott has been working on both “Tony Stark: Iron Man,” which launched with Schiti as the artist, and the main “Fantastic Four” book. He will also be co-writing the “Iron Man 2020” event with Christos Gage and artist Pete Woods that begins January 15th. Schiti is no stranger to the cosmic side of Marvel Comics having previously worked on “Guardians of the Galaxy” with Brian Bendis, “Journey Into Mystery” with Kathryn Immonen, and issues of “The Mighty Thor” with Jason Aaron.

Other events featured in “Incoming!” include the prelude for Eve Ewing and Kim Jacinto’s “Outlawed” one-shot, the aforementioned “Iron Man 2020,” and the upcoming “X-Men/Fantastic Four” crossover from Chip Zdarsky and Terry and Rachel Dodson. The issue also teased more to do with the character the Masked Raider, who was featured in “Marvel Comics” #1000. It is unclear if he will have a role in “Empyre,” and if all these events will coalesce together in the coming year.

You can check out new details and artwork in an updated video below. “Empyre” #1 hits shelves in April 2020, with a prelude one-shot entitled “Road to Empyre: The Kree/Skrull War” coming before it in March.