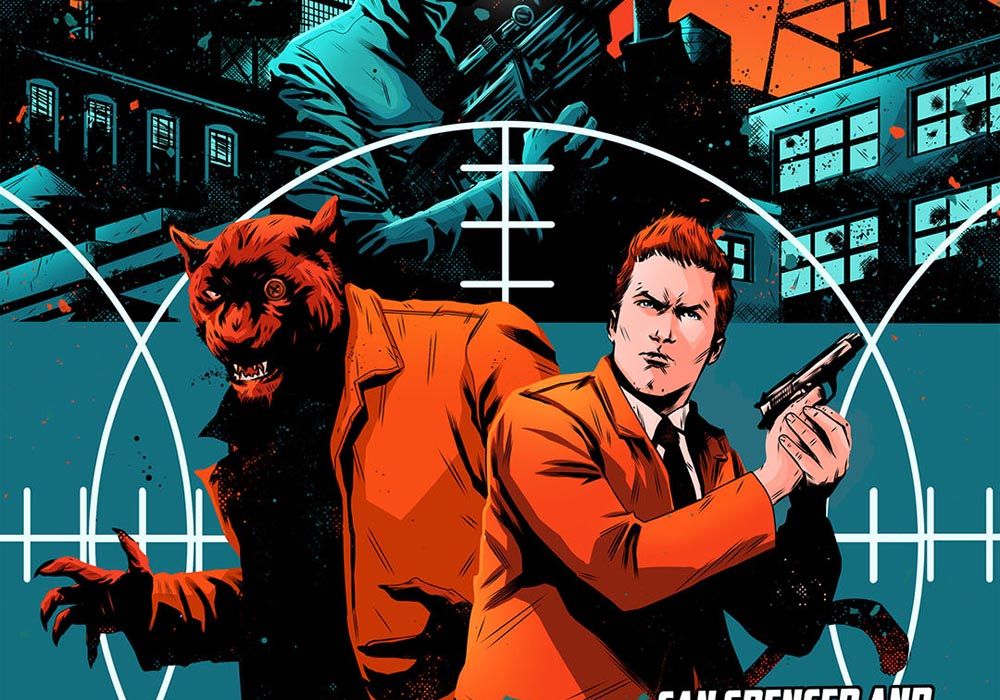 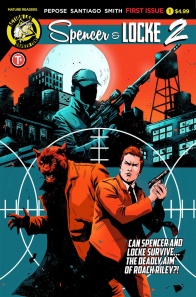 Last year, Action Lab published “Spencer & Locke,” a adult-aimed take on “Calvin and Hobbes,” which told the story of a Locke, a detective, reuniting with his childhood imaginary friend (a panther called Spencer) to investigate the murder of his grade-school sweetheart. Now Action Lab have announced writer David Pepose and artist Jorge Santiago Jr will return with the characters in a sequel, due out later this year.

“Spencer & Locke 2” will see the detective duo facing a new enemy, Roach Riley, a former soldier seeking revenge following a traumatic service. Like Spencer and Locke, Riley is a twist on another classic comic strip character, Beetle Bailey. David Pepose said in a statement, “Half The Deer Hunter, half Heath Ledger’s Joker, Roach is only the beginning of Locke’s latest gauntlet, as every classic comic strip from your childhood will be fair game for parody in our action-packed sequel.”

“I think people that enjoyed the first volume will love where ‘Spencer & Locke 2’ takes them,” artist Jorge Santiago Jr. added. “In both scale and scope, Spencer and Locke will have a lot more riding on things with Roach lurking in the shadows.” Colorist Jasen Smith and letterer Colin Bell will also return to the series, as will variant cover artist Maan House.

“Spencer & Locke 2” will be released sometime this winter, but The Hollywood Reporter have a preview of the sneak peek that will be available at San Diego Comic-Con next week.