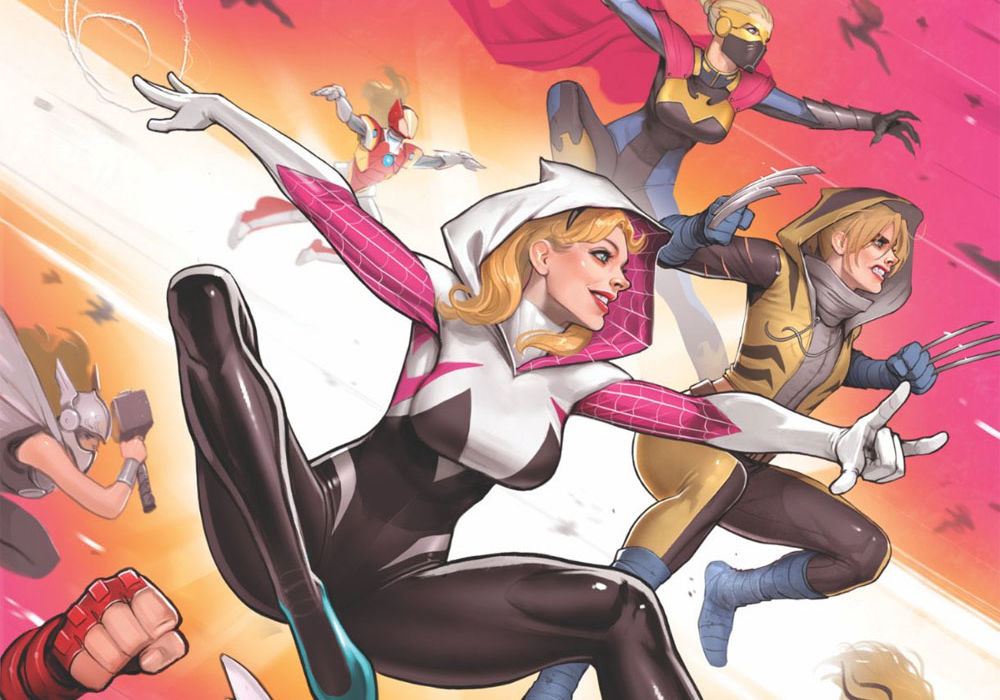 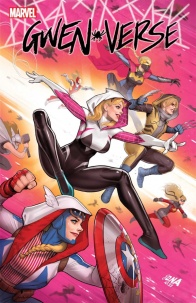 Via The Mary Sue, Marvel Comics have announced “Spider-Gwen: Gwenverse,” a five-issue series by writer Tim Seeley, and artist Jodi Nishijima (“The United States of Captain America”). It will see Gwen Stacy, aka Spider-Woman (also aka Ghost-Spider) “tumbl[ing] through time,” and encountering other versions of herself who became different superheroes, including ThorGwen, CapGwen, IronGwen, and Gwen Marvel.

As well as Seeley and Nishijima, the book’s creative team includes Peach Momoko, who designed the new variants of Gwen. Seeley said, “We really approached this from a visual angle first, and that’s because we had Peach Momoko design the Gwens. The question we asked was ‘WHAT WOULD PEACH ABSOLUTELY KILL AT?’ Turns out the answer to that question is ThorGwen, CapGwen, IronGwen, and Gwen Marvel.”

The news comes hot on the heels of the announcement for “What If? Miles Morales,” but Seeley stated the series is going to be much more complicated than a trip through the multiverse. “One of the things that we really push in this story is that these aren’t ‘alternate universe’ Gwens,” he revealed. “These are all from the same universe. In fact, they’re from history! So, their existence has real stakes for Gwen’s Earth!”

“Spider-Gwen: Gwenverse” #1 will be released on February 9, 2022. The series will be released with a number of variant covers by Greg Land, each featuring a different Gwen, and its launch will also be accompanied by covers for other books depicting Gwen as the “X-Gwens.” The series will presumably be collected in time for the release of the Spider-Man: Into the Spider-Verse sequel, due out October 7, 2022.