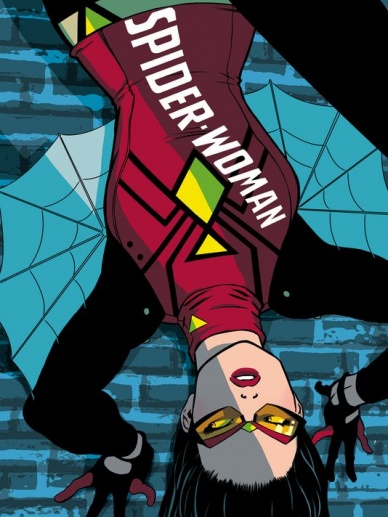 Debuting on USA Today, Spider-Woman is getting some new clothes as designed by comic book aritst and fashionista Kris Anka. The design now features Jessica out of the tight-fitting spandex and into a nice leather jacket with her webs finding a new place, alongside a few more realistic upgrades in the glove and shoes department. The design will debut today within the Spider-Man Unlimited mobile game as it ties into the ‘Spider-Verse’ storyline (and with, to my taste, a really bad profile image), and will debut in the comics next year in March when Javier Rodriguez joins writer Dennis Hopeless on issue #5.

Marvel has been putting their best foot forward when it comes to superhero redesigns lately, which in general is a phenomenon that we’ve become infinitely more conscious of over the past few years. Whether it’s Jamie McKelvie giving Carol Danvers a new suit or Cameron Stewart and Babs Tarr redefining Barbara Gordon’s fighting uniform, more and more we’re seeing updates to costumes with a focus on both realism and the ability for the character in question to fight in them (not including the various times Avengers or X-Men just show up in different colored suits with stripes or something). Anka’s Spider-Woman is another great entry into this rather modern fad. 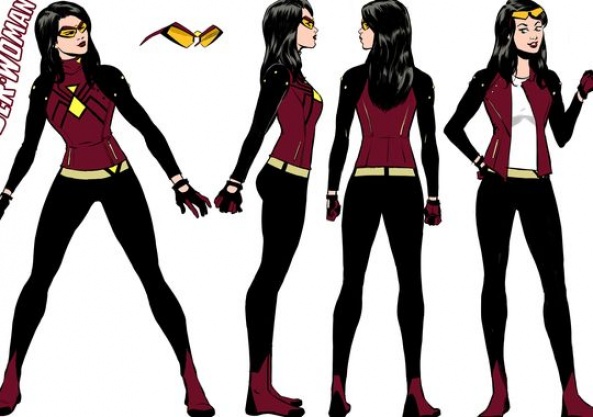 Of course, what’s also really interesting about this is that it happens five issue into the series. The article makes note of the Milo Manara cover controversy as not an influence, but it’s interesting to see that the new costume comes after the first arc — which itself is related to the current Spider-Man event, something that the first issue of the series rather strange as a debut. It makes some sense to launch a new book within an event as there’s a certain profile there that’s easily attainable, but it actually seems like this is more of the place where it’ll be easy to jump into the adventures of Jessica Drew as a new story kicks off with her back as a street-level detective.

So this is really two announcements rolled into one: Spider-Woman has a new costume, and starting in March with issue #5 is a brand new jumping on point, basically making issue #5 the real issue #1.

Either way, look forward to seeing the changes roll-out in comics next year — or, if you’re impatient, get the mobile game now.

Update: In case you were wondering, Anka says that this is not a reaction to the Batgirl redesign:

i will say that i began the redesign for spider-woman back in july. it took 3 months to finalize. it wasn't a reaction to anything.