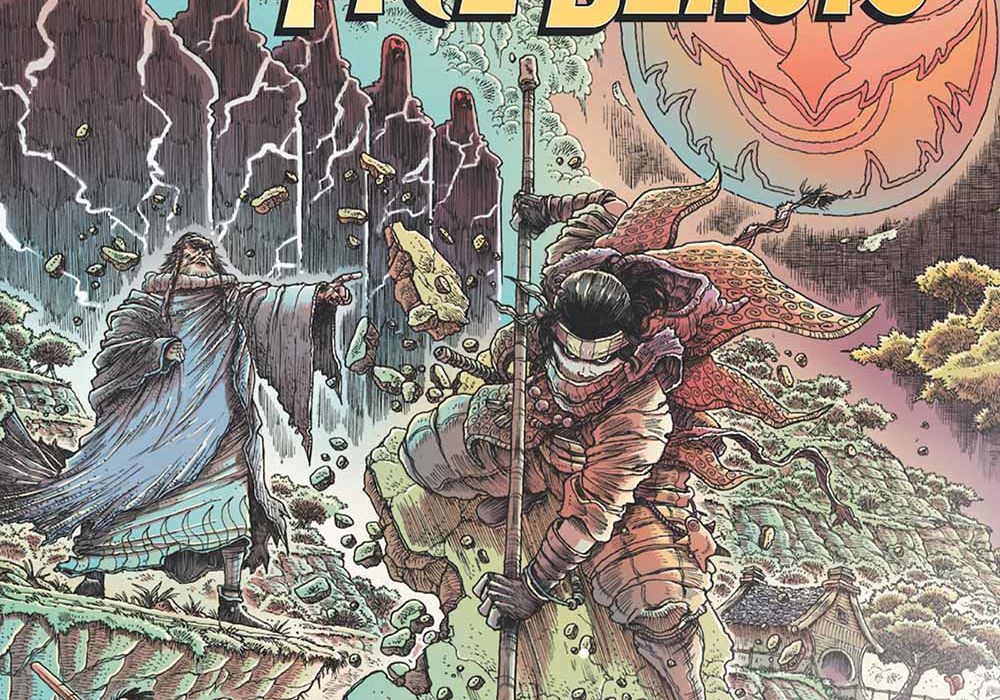 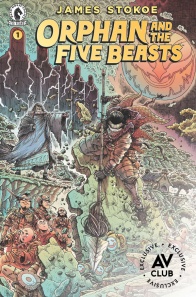 Image courtesy of The AV Club

Dark Horse Comics have announced that they will be publishing James Stokoe’s next project, a four-part miniseries called “Orphan and the Five Beasts.” The covers for the series will collect together to form a single image, which you can check out over at The A.V. Club.

Details on the series were largely kept under wraps, though it has been detailed as an epic kung fu story following an adopted warrior seeking revenge. The covers show a large cast of warriors promising plenty of kung fu action, as well as much wilder elements, like a huge hulking adversary, and a man stood atop a large soup bowl, surrounded by floating disembodied arms (presumably two of the titular beasts). This frenetic and larger than life style was on show in Stokoe’s most recent creator owned one-shot, “Sobek,” which chronicled the life of the gigantic crocodile god. This one-shot, published by ShortBox, earned Stokoe three Eisner nominations earlier this year

Stokoe is known for his work on licensed titles such as “Aliens: Dead Orbit” and “Godzilla: The Half Century War,” but has also worked on several Marvel titles such as “Moon Knight,” “Captain Marvel,” and “Venom.”

“Orphan and The Five Beasts” #1 is scheduled for release on March 17.