Marvel Comics have announced several big releases for September, including two new series. First up, there’s “Strikeforce,” a ‘War of the Realms’ spin-off written by Tini Howard (“Thanos”) by art by German Peralta (“Agents of S.H.I.E.L.D.”) that brings together the darker heroes of the Marvel Universe (namely Angela, Blade, Jessica Drew, Wiccan, the Winter Soldier, Monica Rambeau, and Daimon Hellstrom): 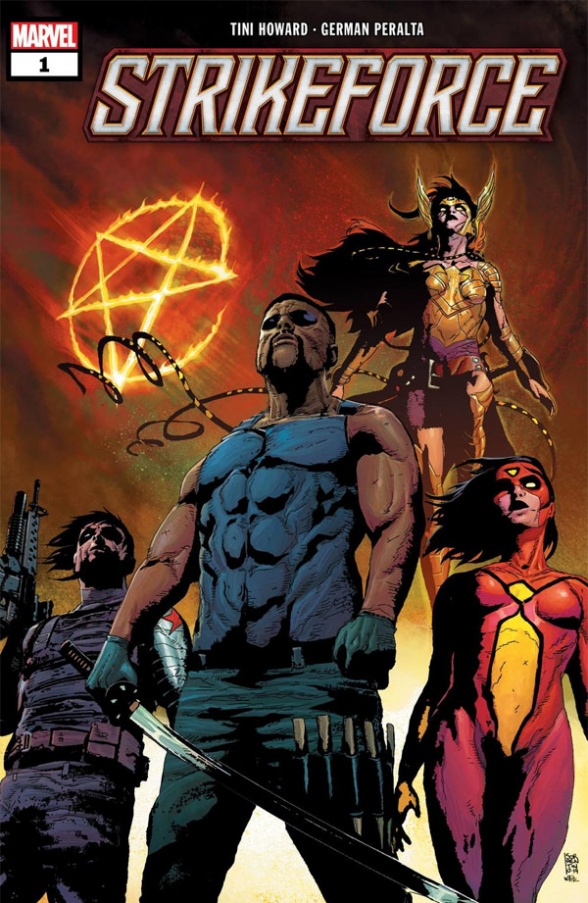 Doing the dirty jobs the Avengers and other Marvel heroes can’t do!

Angela, Blade, Spider-Woman, Wiccan, the Winter Soldier, Monica Rambeau, and Daimon Hellstrom join forces for a monsterrific bloodbath from the dark mind of rising star Tini Howard. Prepare for a tale from the underside of the Marvel Universe in STRIKEFORCE!

Next, we have “The Web of Black Widow,” a new adventure for the Russian spy from writer Jody Houser (“Amazing Spider-Man: Renew Your Vows”) and artist Stephen Mooney (“Half Past Danger”): 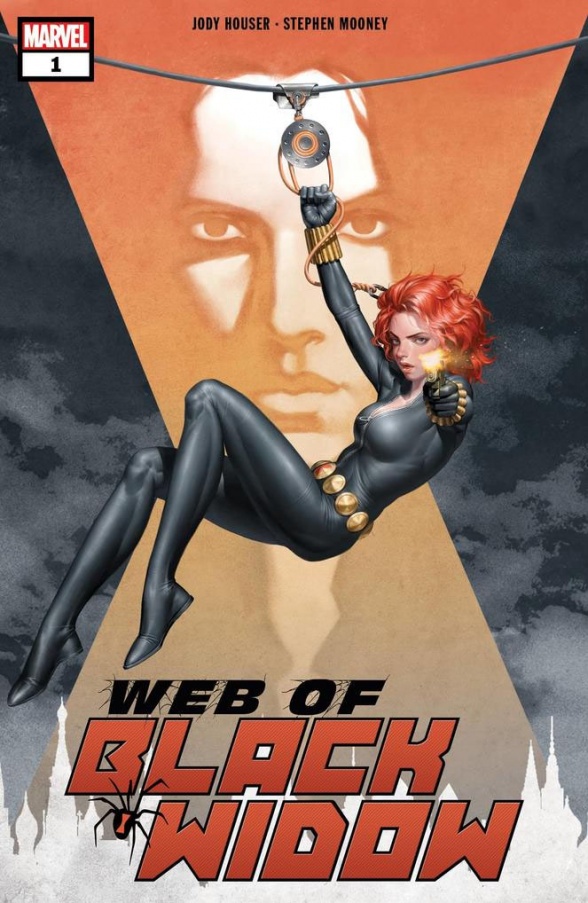 One of Marvel Comics’ greatest heroes, the deadliest spy in the Marvel Universe, and a former leader of the Avengers, Natasha Romanoff stars in THE WEB OF BLACK WIDOW!

A great introduction to new readers and an thrilling confirmation to fans in the know why Black Widow is one of Earth’s Mightiest Heroes, the new series finds a mysterious figure exploiting the hero’s past. And in response, the Widow may have to go off the grid.

Who can she trust in this web of deceit? And more importantly—can her friends trust her?

“The Web of Black Widow” resumes Romanoff’s adventures after the latest volume of “Black Widow,” written by the Soska sisters with art by Flaviano, concluded after five issues last month.

Head on over to Marvel.com for more on September’s big comics, including a Star Wars Jedi: Fallen Order tie-in, and that month’s editions of Jonathan Hickman’s X-Men titles.