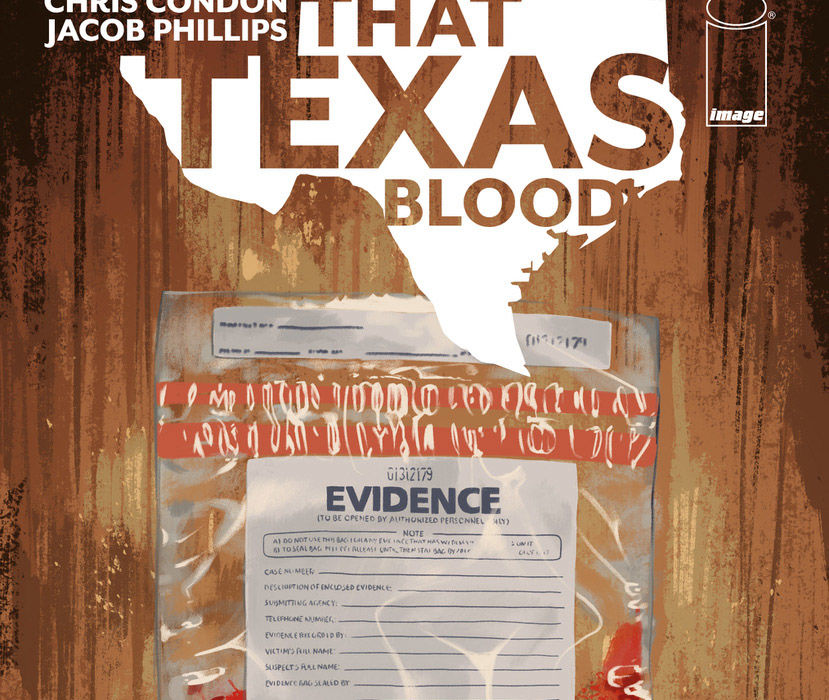 Chris Condon and Jacob Phillips’s crime series “That Texas Blood” returns next month with issue #14, which will kick off a murder mystery set in the winter of 1992, ‘The Snow Falls Endlessly in Wonderland.’ We are pleased to share the covers for issue #16 (due out in August), created respectively by Phillips, and “The Walking Dead” artist Charlie Adlard, as well as some comments from the creators on the artwork. 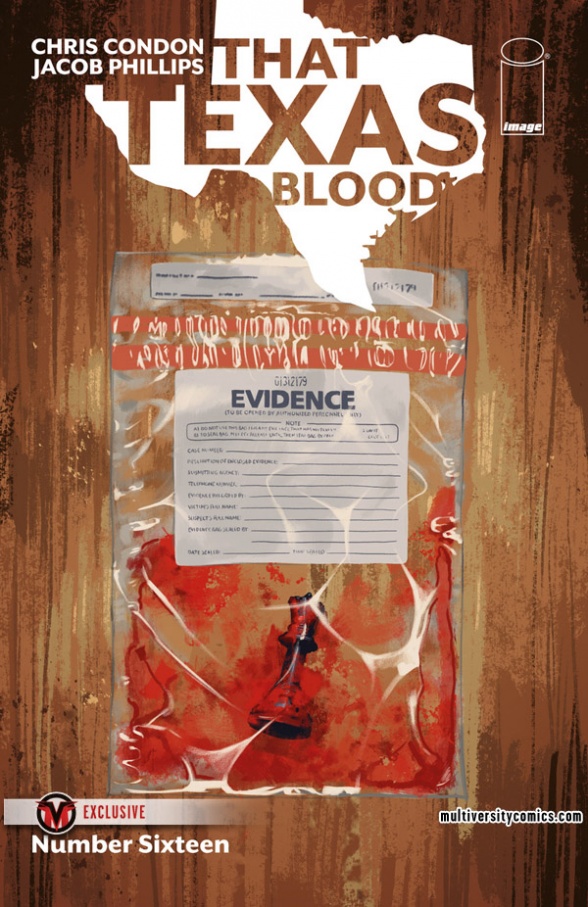 Cover A by Jacob Phillips 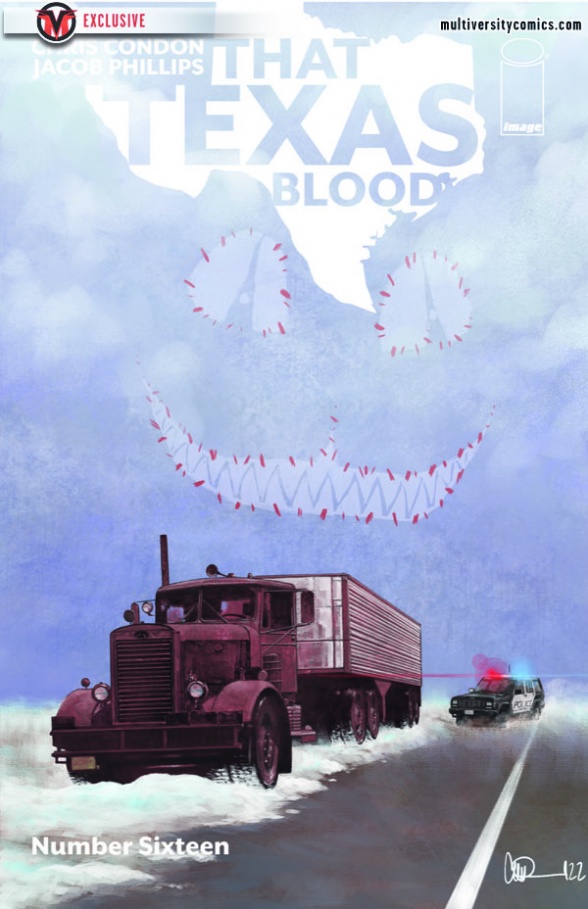 Cover B by Charlie Adlard

With questions about the recent murder swirling, the sheriff’s office discovers a seemingly abandoned vehicle that may provide a crucial link to the RQK serial killer.

Condon comments, “Every single cover that Jacob Phillips has sent me for our series has impressed me but I really think he’s outdone himself with issue sixteen’s cover. It’s stylish, simple, and appropriately bloody. Add an exceptional Charlie Adlard variant cover to the mix and you’ve got a pairing as classic as John and Paul or peas and carrots. It’s like these two were meant to sit on shelves together.”

Phillips adds, “I sat next to Charlie when I was at a con selling my first comic at age eleven. So it seems only right to get him on board for a cover for us now! This creepy atmospheric shot looks like something straight out of a John Carpenter flick.”

Thanks to Condon and Phillips for the artwork, and be sure to pre-order a copy ahead of the comic’s release on August 3. “That Texas Blood” #14 will begin ‘The Snow Falls Endlessly in Wonderland’ in the meantime on June 8.