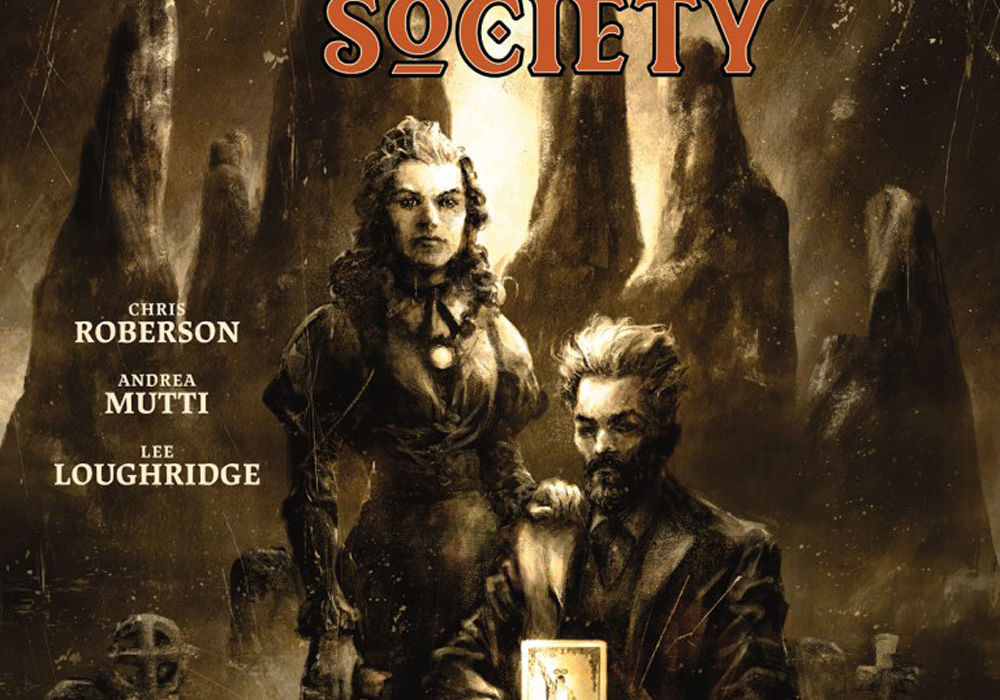 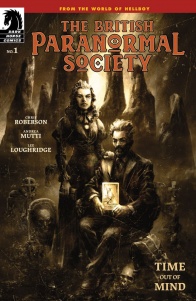 Via Bloody Disgusting, Dark Horse Comics have revealed the next mini-series to expand the “Hellboy” universe will be the four-part “The British Paranormal Society: Time Out of Mind.” The book’s creative team will consist of writers Mike Mignola and Chris Roberson, artist Andrea Mutti, and colorist Lee Loughridge, and it will feature cover artwork by Sebastián Fiumara.

The series, which spins off from the “Witchfinder” stories, will see British Paranormal Society members, Simon Bruttenholm and Honora Grant, setting their sights on the town of Norton, the truth of which is hidden behind an “innocent façade.” Grant is determined to learn more about the “strange traditions” of Norton, whilst Bruttenholm is seeking his missing assistant; the mini-series will see their two endeavors become entangled by the town’s “dark secret.”

Roberson described how he “really wanted to spend more time with the [series’s lead] characters” following their appearances in “Witchfinder,” and when the discussions turned to making an “Edwardian-era English folk horror story, it seemed the perfect opportunity to bring the pair of them onto center stage.” Roberson closed by stating that “Andrea Mutti was the first and only artist we had in mind to draw it.”

“The British Paranormal Society: Time Out of Mind” #1 is scheduled for release on April 27. 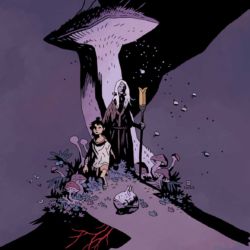 Welcome to Mignolaversity, Multiversity Comics’ dedicated column for all things Mike Mignola. Yet again, it’s that time when we look ahead to the upcoming books from Mike Mignola and admire the covers. This time we’ve got artwork from Mike Mignola, Peter Bergting, and Matt Smith. Thanks, as always, to Dark Horse Comics for sending these […] 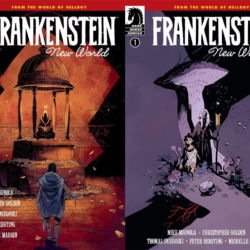 Via Inverse, Dark Horse Comics have announced the Hellboy Universe’s version of Frankenstein’s monster will return in a new limited series, “Frankenstein: New World.” Written by Mike Mignola with Christopher Golden and Thomas Sniegoski, the book will follow the monster after the events of Ragna Rok, when he is reawakened by Lilja, a young girl […] 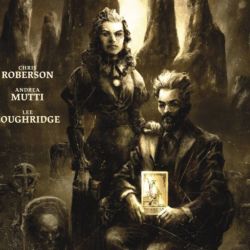 Mignolaversity: “The British Paranormal Society: Time Out of Mind” #1

Small towns are full of secrets that can’t easily hide in the shadows, especially if they are of the supernatural nature. What will two of the members of the British Paranormal Society find in the town of Noxton that doesn’t want to be found?Written by Mike Mignola and Chris RobersonIllustrated by Andrea MuttiColored by Lee […]