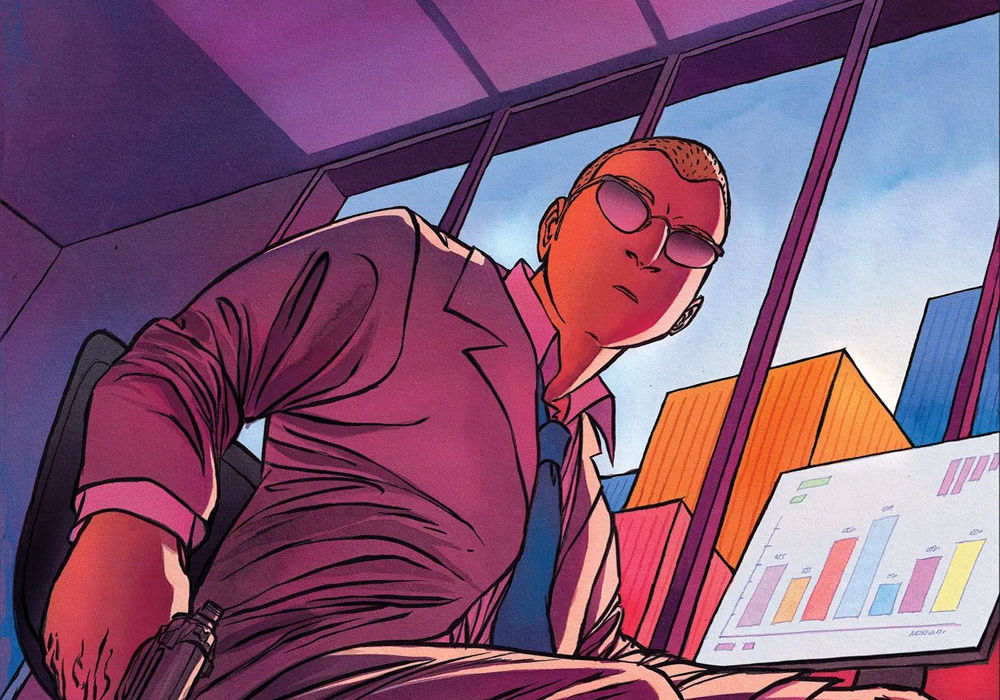 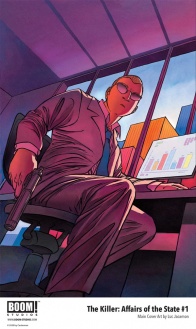 BOOM! Studios imprint Archaia have announced “The Killer: Affairs of the State,” a new installment of the French comic book series by writer Matz, and artist Luc Jacamon. The six-issue series sees the nameless assassin of the title now pressed into service for the French government, “adjust[ing] to working with a handler, a partner, and living life as a civilian.”

The synopsis adds “an underhanded target, a City Hall employee, [will lead] Killer and his partner, Nicolas, toward a sinister web of city-wide corruption. But while Nicolas assures Killer that it’s all for the greater good, will Killer ever be able to get back to his nihilistic lifestyle, free from debt and government associations?”

BOOM! Studios editor Kathleen Wisneski said, “‘Affairs of the State’ is a sophisticated, slow-burn experience with crimes so timely and art so slick it’s easy to get sucked into the Killer’s cynical frame of mind. Jacamon and Matz are incredible at making you want to spend time with the Killer, even as we see him at his worst, so step into this cool, noir thriller and get lost in their world.”

The original “Killer” series (“Le Tueur” in French) was created by Matz (real name Alexis Nolent) and Jacamon at Casterman in 1998, where it ran for 13 albums until 2014. Archaia published the comic in English across five volumes from 2006 to 2017, and a film version directed by David Fincher, starring Michael Fassbender, is currently in production for release on Netflix sometime next year. “Affairs of the State (Affaires d’état)” was published in French across three albums from January 2020 to October 2021, and will debut in English in February.

For more from Archaia until then, head to the press release for variant cover art by Jonboy Meyers (“Venom”) and Francesco Francavilla (“Afterlife with Archie”), as well as a two-page interior preview.