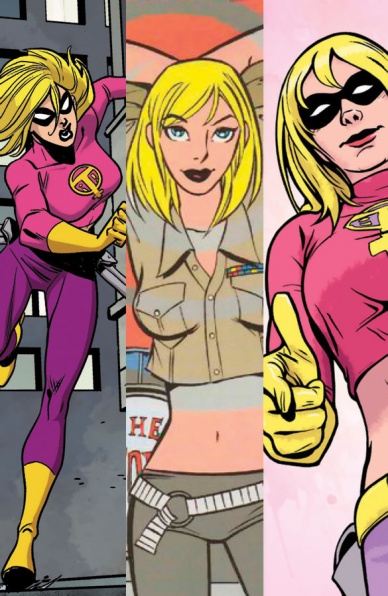 As revealed in the release of Image’s solicits, in a mix of some exciting new launches and series developments (which we’ll cover more thoroughly next week in our solicit column) there was a bit of sad news: “It Girl and the Atomics” is coming to an end.

Launched by Jamie Rich and Mike Norton last year, this follow-up/continuation of Mike Allred’s fantastically wonderful Madman universe was a delight, which we weren’t shy in telling you about. Keeping up with the same fun vibe that Allred’s book had, “It Girl” was a humorous wink-and-nod at superhero culture and trends with an endearing lead heroine and a fantastic creative team behind her. With Natalie Nourigat joining the book with the 10th issue, we could only assume good things were on the horizon.

But, alas. The comic world can be cruel, taking as much as it gives, and “It Girl” is apparently the latest book to wave farewell. This Friday, wherever you may find yourself at the end of the day, be sure to pour one out or raise a glass to “It Girl” and her great albeit short-lived run, and cross your fingers that she and all the Atomics in the Madman world will find their way back to us, as they always seem to do.

Here is the solicit for the final issue, featuring three artists in one last jam session before the curtain is drawn.