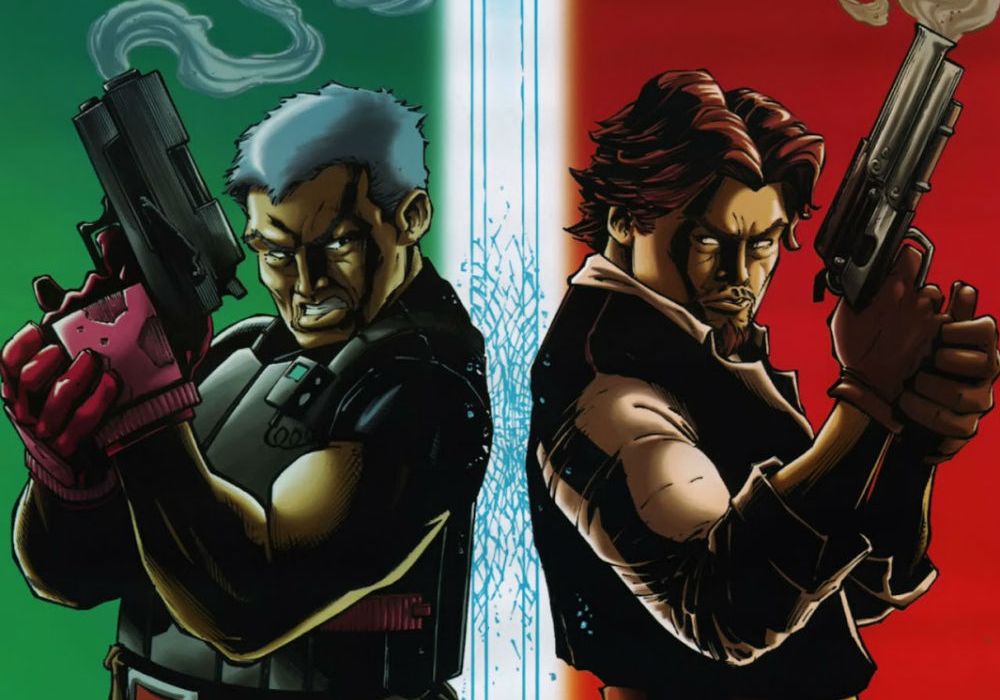 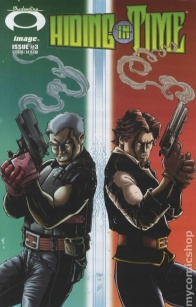 – Starting off, Deadline reports Christopher E. Long (“Deadpool Team-Up”) and Ryan Winn (“Batwing: Enemy of the State”)’s “Hiding in Time” has been optioned by MGM TV to be developed as a television series. “Hiding in Time,” an Image Comics miniseries, published under the ShadowLine Comics label in 2007, tells the story of using time travel to place people in the witness protection program in a different time period. What could go wrong? Turns out, a lot can go wrong. Long will serve as an executive producer. “Hiding in Time” had a limited three-issue release but was well received enough to be optioned by Warner Bros for a feature length film, though it seems it would be better served as a television series.

– Claudia Gray’s young adult novel Star Wars: Leia, Princess of Alderaan is being adapted into a LINE Webtoon manga by artist Haruichi. The comicization, which follows Princess Leia before the events of A New Hope, will start being serialized on the website from May 4, aka Star Wars Day.

– Amazon’s The Boys series has started casting the Boys themselves, hiring Laz Alonso (Avatar, Fast & Furious) as the group’s second-in-command, Mother’s Milk. The series, based on Garth Ennis and Darick Robertson’s Wildstorm/Dynamite comic, follows a group of vigilantes holding corrupt superheroes to account.

-If you were impressed with some of the costumes in Black Panther, Ruth E. Carter, the film’s costume designer, was recently asked if there’s any way to recreate the knit shawl that Nakia (Lupita Nyong’o) wears in the film. In a tweet, Carter gave out instructions for any knitters out there wanting to take on a fun project.

– And in the wake of Black Panther’s box office success, the first three volumes of Ta-Nehisi Coates’s “Black Panther: A Nation Under Our Feet” have landed in the top 20 Adult Graphic Novels list according to NPD Bookscan. The three volumes were placed at #2, #9, and #15, respectfully. Grabbing the #1 spot for the month of February was “My Hero Academia” Vol. 11. Additionally, a total of eight manga titles rounded out the top 20 for the month of February. Head over to icv2.com to see the full list.

– Cartoonist Ward Sutton won the 2018 Herblock Prize for editorial cartooning. The prize is one of the most prestigious awards in editorial cartooning after the Pulitzer. Sutton’s work can be seen in The Boston Globe, The New Yorker, The Village Voice, The New York Times, The Nib, In These Times, GQ, The Nation, Time, TV Guide, Rolling Stone, Fusion, and MAD Magazine.

– Equatorial Guinean illustrator and comics artist Ramon Nse Esono Ebale has been imprisoned since September 16, 2017. While Ebale was officially charged with money laundering and counterfeiting, Tutu Alicante, a friend of Ebale’s and the head of EG Justice, a human rights group focused on Equatorial Guinea said “From the time that Ramon was detained, we all knew that the charges brought against him were completely made up,” and his arrest was truly about his cartoons and speaking out against the government. While the charges have been dropped, Ebale still remains in custody. Check out the full report here.

– Last week Bleeding Cool reported that Stan Lee’s long time friend and caretaker, Max Anderson had been prevented from visiting or communicating with Stan in any way. Comic book creators such as Neal Adams expressed their concern about this mysterious turn of events as Max has been seen at many public appearances and conventions with Stan. Now Bleeding Cool says that J. Scott Campbell has also voiced Adams’ concern and said more members of the industry should “start speaking up, start asking more questions and start shining more of a bright light on this situation to find out what’s exactly going on here before it’s too late.” You can read Campbell’s full statement here.

– Finally, Merriam-Webster officially added Kamala Khan, AKA Ms. Marvel’s favorite catchphrase to the dictionary! When Ms. Marvel feels like saving the day, she yells “Embiggen” and is able to stretch her body. The word, first coined by The Simpsons  in 1996, is now officially a part of the English language. According to Merriam-Webster ‘Embiggen’ means :to make bigger or more expansive.  Check out what G. Willow Wilson, the character’s creator, had to say about it. 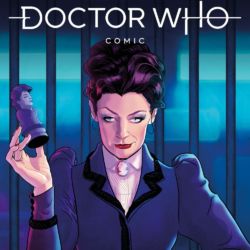 Welcome back to The Rundown, our daily breakdown on comic news stories we missed from the previous day. Have a link to share? Email our team at rundown@multiversitycomics.com.In case you missed it, Image announced a six-part “The Old Guard: Tales Through Time” anthology, AfterShock’s “Girls of Dimension 13” hits shelves this April, and Marvel is […] 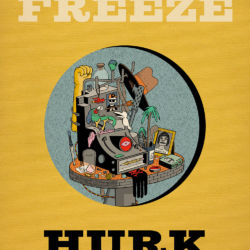 Welcome back to The Rundown, our daily breakdown on comic news stories we missed from the previous day. Have a link to share? Email our team at rundown@multiversitycomics.com.In case you missed it, Eric Jerome Dickey, the novelist who wrote Marvel’s 2006 “Storm” series, died at the age of 59. Ram V and Anand RK are […] 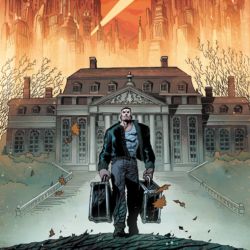 Welcome back to The Rundown, our daily breakdown on comic news stories we missed from the previous day. Have a link to share? Email our team at rundown@multiversitycomics.com.– Tom Taylor and Andy Kubert are sending Batman soul-searching in “Batman: The Dark Knight.” The six-issue murder mystery comic will take the hero across Europe as he […]