In case you missed it, we interviewed Tom Peyer, and AfterShock announced “Miles to Go” by B. Clay Moore and Stephen Molnar. Greg Matiasevich, author of our Shelf Bound column, also announced he will be auctioning his books for charity. 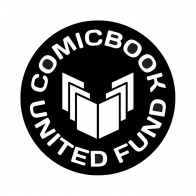 — DC, Oni Press/Lion Forge, and Book Industry Charitable Foundation (BINC) are partnering on a relief fund to benefit comic retailers. The Comicbook United Fund is open to U.S.-based brick-and-mortar comic shops only and anyone can donate directly to the fund. Previously organized efforts to raise money for comic book retailers, including the recent #Creators4Comics auctions’ proceeds, will be consolidated into this fund.

— Scout Comics will be self-distributing their comics and graphic novels as a result of Diamond suspending their distribution operations last month in light of the COVID-19 pandemic. Scout’s newly released content will be available directly to retail partners through their website. CEO Brendan Deneen announced that pre-orders for June releases will be available in May.

— Yen Press announced a new series with the impossibly long title of “I’m a Behemoth, an S-Ranked Monster, but Mistaken for a Cat, I Live as an Elf Girl’s Pet.” The comedic fantasy manga written by Nozomi Ginyoku with artwork by Taro Shinonome and Yanomitsuki is available now both in print and digitally. According to Yen Press, the rated-M series follows the story of “a knight [who] finds himself reincarnated as a behemoth, one of the most powerful monsters in the world, and when he meets a beautiful elf girl, he’s ready to fight at her side. Problem is, a baby behemoth looks an awful lot like… a housecat?!”

— Joe Corallo and Molly Jackson, the creators of “Mine!,” are marking today’s 50th anniversary of Earth Day with a new anthology to benefit environmental causes. According to a press release, the new anthology will feature familiar creators from “Mine!” as well as new collaborators who will tell the stories of “important environmentalists, the origins of Earth Day, small steps we can do to make our world a better place, as well as genre stories incorporating themes of environmental activism.” All proceeds will be donated to the Natural Resources Defense Council, an international organization that promotes environmental advocacy through science, litigation, and green business practices.

— The Horror Writers Association announced the Bram Stoker Awards winners for 2019. These include “Neil Gaiman’s Snow, Glass, Apples” by Neil Gaiman and Colleen Doran for Superior Achievement in a Graphic Novel. Runners up for the category were “Bone Parish” Volume 2 by Cullen Bunn and Jonas Scharf, “Monsters” Volume 4 by Marjorie Liu and Sana Takeda, “Calcutta Horror” by Alessandro Manzetti and Stefano Cardoselli, and “H.P. Lovecraft’s At the Mountains of Madness” Volume 1 by Gou Tanabe.

— According to The Hollywood Reporter, Marvel has terminated deals with showrunners Steve Lightfoot (The Punisher) and Paul Zbyszewski (Helstrom) in response to the economic uncertainty as a result of COVID-19. In other pandemic news, Sony Pictures is pushing back the release date of the Venom sequel to next year. Titled Venom: Let There Be Carnage, it will now debut in theaters on June 25, 2021.

— Venom writers Scott Rosenberg and Jeff Pinkner have been tapped by Sony to write a live-action adaptation of “One Punch Man” by ONE and Yusuke Murata. The hugely popular manga published by VIZ in the U.S. tells the story of Saitama, a superhero able to defeat opponents with one punch who is on a quest to find a worthy opponent.

— HBO Max is officially launching on May 27 in the U.S. The subscription-based streaming platform costs $14.99 per month and includes all HBO programming; new original series; third-party licensed content like Friends, The Big Bang Theory, South Park and all Studio Ghibli films; and movies from Warner Bros., New Line, and DC like Joker, Suicide Squad, Wonder Woman, The Matrix, Casablanca and The Wizard of Oz. It will also include content from WarnerMedia’s other brands like CNN, TNT, TBS, truTV, Turner Classic Movies, Cartoon Network, Adult Swim, Crunchyroll, Rooster Teeth, and Looney Tunes.

— Fans of ’90s anime, rejoice: beginning April 24, over 100 episodes of Sailor Moon will be available to stream for free on the series’ official YouTube channel. The move is to help promote Sailor Moon Eternal, the next release in the franchise hitting later this year, barring any coronavirus-related schedule changes.

— Finally, the government of Singapore has taken down the webpage introducing their Virus Vanguard superhero team less than a day after their introduction. Aimed at explaining the government’s “circuit breaker” measures to stop the spread of COVID-19, the comic book characters drew mixed reviews from the public. While most of the criticism centered around the superheroes adding too much levity to a serious situation, as well as taking away the spotlight from the real heroes of the pandemic, namely healthcare workers, one member of the virus fighting squad drew criticism from an unexpected place: Liverpool fans. According to a Change.org petition that has garnered over 500 signatures, soccer/football fans called for the removal of MAWA Man, described as a “fanatical Manchester United fan” whose name stands for Must Always Walk Alone, a reference to social distancing, but also inexplicably a play on Liverpool’s motto, You’ll Never Walk Alone. What a world.