In case you missed it, Dark Horse Comics have announced “Rain,” a new graphic novel from British comics creators Mary and Bryan Talbot; Jonathan Hickman’s “House of X” and “Powers of X” will relaunch the “X-Men” line of Marvel Comics; and Marvel also announced a relaunch of the “Future Foundation,” a “Power Pack: Grow Up!” one-shot, and “Marvel’s Spider-Man: Velocity.” 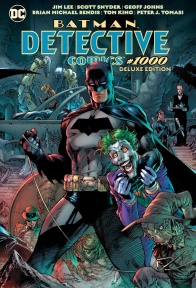 – Newfoundland & Labrador will host its first ever festival dedicated solely to the art of comic books, graphic novels and cartoons. Pure Comix Festival of Graphic Literature will run for four days from June 27th to the 30th, 2019, at the Anna Templeton Center and at Downtown Comics. The event will be the most easterly comic arts festival in North America. For more information Newsarama has the full line-up of events scheduled.

– Disney and Comcast have struck a deal in which Disney will assume full operational control of Hulu effective immediately. Comcast has agreed to sell its Hulu stake to Disney for at least $5.8 billion within five years. Comcast’s NBCUniversal will continue to license content to Hulu until late 2024, however under the new deal, NBCU will have the right to pull programming that was previously licensed exclusively to Hulu. Hulu has a slew of Marvel TV shows in development already, while Disney will launch Disney+ this November bringing WandaVision, Falcon & Winter Soldier, Loki, and the animated What If? New Star Wars content like The Mandalorian will also premiere on the streaming service. According to Variety “Disney says it’s likely the trio of streaming services (Hulu, Disney+,and ESPN+) will be bundled together at a discount at some point.”

– In other Disney news, Bob Iger confirmed that the next Star Wars film following The Rise of Skywalker will be from Game of Thrones showrunners David Benioff and D.B. Weiss. That movie will be released December 16, 2022, and two more Star Wars films are set to release every other year through 2026. Check out io9 for the full scoop.

– Avengers: Endgame and Game of Thrones lead the MTV Movie & TV Awards nominations: Endgame picked up four nominations, including best movie, and Thrones also earned four nominations. To see the full list of nominees head over to Variety. Hosted by Zachary Levi, who was nominated for his starring role in Shazam!, the MTV Movie & TV Awards will air June 17 at 9 p.m. ET/PT from the Barker Hangar in Santa Monica, California.

– ABC officially revealed details for its new series Stumptown (which will retain the title of its source material by Greg Rucka and Matthew Southworth, after last week’s reports a new title was being considered). ABC says “Stumptown follows Dex Parios (Cobie Smulders)—a strong, assertive and sharp-witted army veteran with a complicated love life, gambling debt and a brother to take care of in Portland, Oregon. Her military intelligence skills make her a great PI, but her unapologetic style puts her in the firing line of hardcore criminals and not quite in alliance with the police.” ABC also released a trailer for the series that can be found here. Stumptown will air Wednesdays this fall.

– Writer Matthew Rosenberg revealed in a tweet that he will write the screenplay for 4 Kids Walk Into A Bank, an adaptation of his Black Mask Studios comic with artist Tyler Boss. He gave no further details. The comic focuses on a girl who convinces her friends to rob a bank to save her dying father.

– According to a Deadline exclusive, Ashok Amritraj’s Hyde Park Entertainment will adapt Mohiro Kitoh’s “Bokurano” into a live-action series. Writer Charlie Craig (Pretty Little Liars and Freeform’s The Perfectionists) will be showrunner and executive producer, along with Amritraj and Rob Golenberg. The 11-volume manga “follows a group of detention-worthy teenagers from around the world tasked with saving the Earth.” No release date was given.