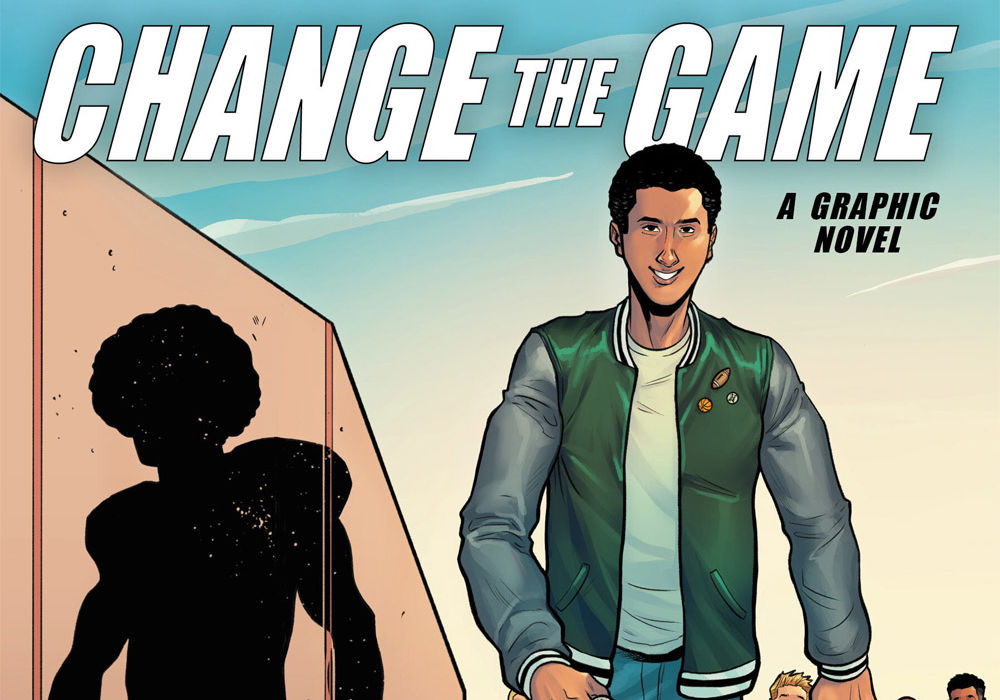 In case you missed it, DC is closing out the “DCeased” saga with “War of the Undead Gods,” Image announced “Shirtless Bear-Fighter 2,” and the 2022 Eisner Award nominations have been announced. 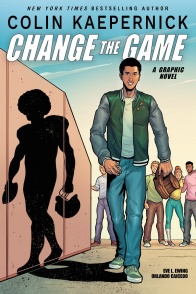 – Kaepernick Publishing has announced that they will be partnering with Scholastic for the release of athlete and activist Colin Kaepernick’s graphic memoir, “Colin Kaepernick: Change the Game.” Kaepernick will co-write the book with writer Eve L. Ewing, with art coming from Orlando Caicedo. The memoir will look at Kaepernick’s high school years, looking at the period before he entered the spotlight in professional sports. This project is the latest collaboration between Kaepernick Publishing and Scholastic, which has also produced Kaepernick’s autobiographical picture book “I Color Myself Different,” and the upcoming graphic memoir “Dreamer,” about Ukranian-Nigerian-Canadian hockey player Akim Aliu. It will be released on March 7, 2023.

– Tom King and Elsa Charretier’s “Love Everlasting” is the latest Substack release to be getting a physical edition courtesy of Image Comics. Via ComicBook.com, the horror romance about a woman who is trapped in an endless cycle of romance received a surprise launch back in January. “‘Love Everlasting’ pushes me to explore world-building, to extrapolate designs from all eras and places and adapt them to comics, to come up with gestures and compositions that delight readers and terrify them all the same,” Charretier said. “We’re really firing on all cylinders here.” The book features colors by Matt Hollingsworth and lettering by Clayton Cowles. “Love Everlasting” #1 will sweep you off your feet on August 10.

– DC has officially cancelled its planned HBO Max Wonder Twins movie. Via The Hollywood Reporter, Wonder Twins had a meteoric rise and fall, with the news of its development breaking in February and the announcement of K.J. Apa and Isabel May as its titular leads coming just last month. Wonder Twins is the latest casualty of the Warner Bros.-Discovery merger, which has led to a reshuffling of many of Warner Bros.’s priorities, including the planned sale of The CW (and a mass cancellation of many of that network’s programs), and the news that TBS and TNT will no longer develop scripted programming. According to the Reporter, the cancellation came about because the company’s new CEO, David Zaslav, feels DC movies must be prioritized for theatrical release, and that the project was “too niche” for that. It was also stated the film’s $75 million budget was much higher than what Zaslav prefers for HBO Max original movies.

– Marvel has struck a deal with Genius Brands and POW! Entertainment to use the name and likeness of Stan Lee for the next 20 years. Via ComicBook.com, the deal covers usage in feature films, television, and theme parks and experiences worldwide. The likeness rights were picked up by POW! Entertainment in a deal Lee struck with the company for the rights to his non-Marvel creations; Genius Brands partnered with POW! Entertainment after his death to create Stan Lee Universe, to manage the IP acquired in that deal.

– The animated Holocaust drama My Father’s Secrets, based on the graphic novel “Second Generation” by Israeli creator Michel Kichka, is set to make its premiere at Marché du Film, the market arm of the Cannes Film Festival, aiming to sell its international distribution rights. Via Variety, the Belgium-set story follows two young brothers, Michel and Charly, whose family life begins to collapse as their father grapples with the trauma of his time at Auschwitz. The French-Belgian co-production comes from France’s Je Suis Bien Content (Persepolis), and Belgium’s Left Field Ventures. Directed by Véra Belmont, My Father’s Secrets will also screen at Annecy International Animation Film Festival in June ahead of its release in France on September 21.

– Via The Mary Sue, the return of the Webtoon “Brass and Sass” features new music from singer-songwriter mxmtoon. The YA romance comic follows teen girl Camilla as she joins her school band, and falls in love with the surly brass player Victor. The new episode of the series features the song “frown.” off mxmtoon’s upcoming album Rising. “Brass and Sass” is now back for its third season, and mxmtoon’s Rising is due out on May 20.

– Comics artist Ethan Young, creator of YA comics “The Dragon Path” and “The Battles of Bridget Lee” as well as the Reuben Award-winning graphic novel “Nanjing: The Burning City,” has announced on Twitter that he has picked up a job as Character Designer at Marvel Studios Animation, meaning that he will be taking a break from producing comics for the time being.

– Lastly, Marvel Comics teased some of their storylines beginning in August. “Carnage” #6, by writer Ram V and artists Francesco Manna & Rogê Antônio, will see the symbiote head to the realm of the Dark Elves, to battle Malekith the Accursed for his throne. Meanwhile, that month’s “Black Panther” #9, written by John Ridley with art by Germán Peralta, will see T’Challa rejoin the Avengers, and battling a new galactic threat: the Colonialist. 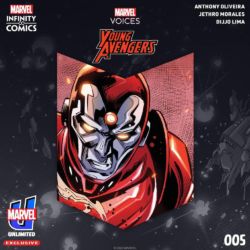 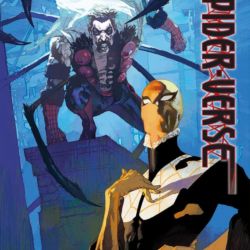 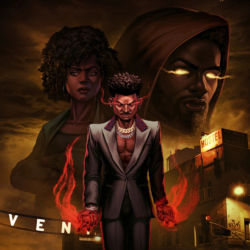