Welcome back to The Rundown, our daily breakdown on comic news stories we missed from the previous day. Have a link to share? Email our team at rundown@multiversity.com. 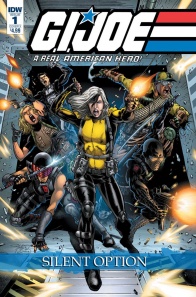 – The Walt Disney Company announced the purchase of 21st Century Fox for $71.4 billion dollars. Comcast made an assertive attempt to purchase the 21st Century Fox assets last week with a $65 billion all-cash offer. The proposal by Comcast forced the Walt Disney Company to increase its primary offer of $52.4 billion for the rights to 21st Century Fox. Previous intentions to include the Fantastic Four, X-Men and Deadpool movie franchises into the Marvel Cinematic Universe are going to proceed as planned in addition to the complete acquisition of Fox’s distribution rights to the original 1977 Star Wars for Lucasfilm.

– Actress Chloe Grace Moretz, who played Hit-Girl of the Kick-Ass movie franchise, is not interested starring in a potential Kick-Ass 3 due to the handling of Kick-Ass 2. In the sequel, Hit-Girl and Kick-Ass, played by Aaron Taylor-Johnson, share a kiss which confused fans as the characters previously shared a relationship resembling that of siblings. Moretz, during an appearance at the Provincetown Film Festival, said, “As much as I love the character of Hit-Girl, I think she lives and survives in Kick-Ass and I kind of want to keep her there. I kinda wanna keep everyone’s mind in Kick-Ass. So I don’t think there will be a Kick-Ass 3 at least I don’t think with Hit-Girl in it.” Director Matthew Vaughn is planning a reboot of the Kick-Ass film franchise as well as a Hit-Girl solo film.

– Jason Ritter, star of ABC’s Kevin (Probably) Saves The World, will be featured in Netflix’s straight-to-series sci-fi family drama Raising Dion. Raising Dion is based on director Dennis Liu’s and artist Jason Piperberg’s short film/comic book about an African-American single mother, Nicole Reese, who discovers her young son, Dion, has several superhero-like abilities. Ritter will play Pat, a comic-book reading scientist who was best friends and colleagues with Mark (Michael B. Jordan), the deceased husband of Nicole and father of Dion. Pat forms a bond with Dion and helps Nicole protect Dion from antagonists who seek to use Dion and determine the origin of his abilities.

– Paramount Pictures is developing a new movie based on the Teenage Mutant Ninja Turtles, and has hired Andrew Dodge to write the script. Dodge is known for writing the script for the film, Bad Words, starring Jason Bateman. Jim Gianopulos, Chairman of Paramount, has placed great importance on refocusing its studio’s film franchises. Gianopulos’ arrival as chairman came after the 2014 film, Teenage Mutant Ninja Turtles and the 2016 sequel Out of the Shadows were released. Both films received negative reviews from critics.

– Film effects artist Richard Greenberg has died at the age of 71. Greenberg passed away in New York City after a bout with appendicitis. Greenberg is known for his main title designs for such films as Superman and Alien. In 1977, Greenberg and his brother launched R/Greenberg Associates while living in midtown Manhattan. In addition to his main title work on Superman and Alien, Greenberg’s work was featured on films such as Altered States, The World According to Garp, The Untouchables, Death Becomes Her, Star Trek: Nemesis and Edge of Darkness. Greenberg arrived in Hollywood in 1991 and founded Greenberg/Schulter with Bruce Schulter. They designed main titles for films including Bram Stoker’s Dracula, Independence Day, the Lethal Weapon film series and The Matrix. Greenberg directed Little Monsters and a 1990 episode of HBO’s Tales From The Crypt.

– And finally, “The Snagglepuss Chronicles” writer Mark Russell has teamed with director Brenna Geffers to stage a dramatic reading of the comic at this year’s Provincetown Tennessee Williams Theater Festival. The DC Comics series, which recently concluded after six issues, reimagined the Hanna Barbera character as a gay playwright living during the Red Scare. The festival will be held at Provincetown, Massachusetts, from September 27 – 30, 2018.