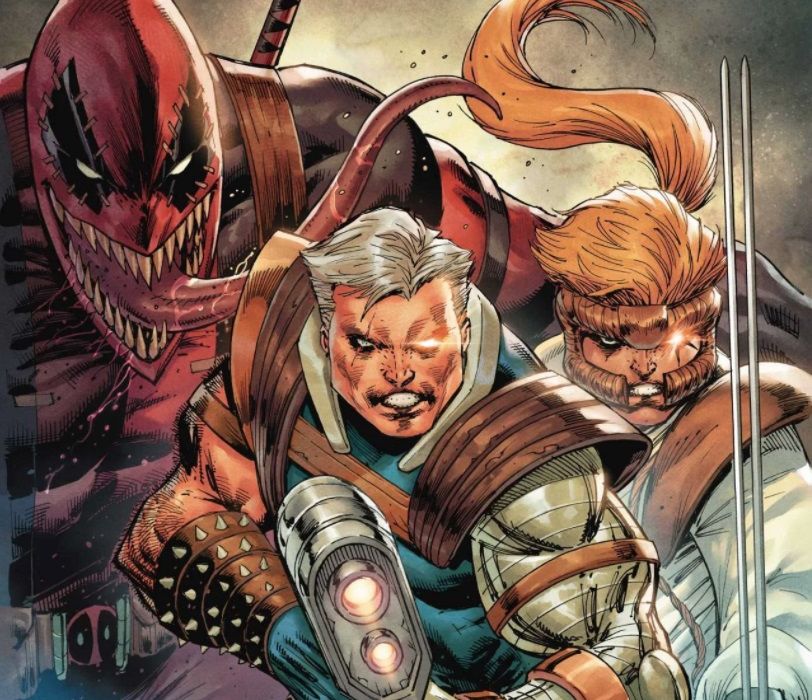 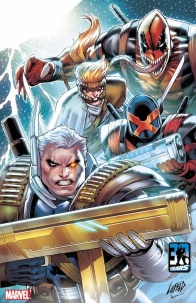 – Writer/artist Rob Liefeld will be returning to “X-Force” this November for a one-shot intended to celebrate the 30th anniversary of the series. The special, titled “X-Force: Killshot” #1, will see Liefeld bringing together longtime X-Force staples Cable, Shatterstar, and Domino, with Venompool (a Venom/Deadpool mash-up) and Major X (who was created by Liefeld in 2019 and hasn’t been seen since). In the story, Cable unites a multitude of X-Force teams from across time and space to battle against Stryfe, his evil clone. This will be the first time that Rob Liefeld has written an “X-Force” title in over 15 years, though he has contributed various covers and supplementary material. The original Liefeld-created “X-Force” launched in 1991 and sold roughly 5 million copies worldwide, making it the second best-selling single market comic book of all time.

– IDW Publishing has announced “Star Wars Adventures: Ghosts from Vader’s Castle” from writer Cavan Scott for release in September. The series is the latest horror-themed book from the “Star Wars Adventures” line, and continues the annual tradition of spooky space tales started by IDW Publishing back in 2018. The five-issue series will feature Scott and a rotating team of artists including Francesco Francavilla, Robert Hack, Megan Levens, and Chris Fenoglio, as well as covers by Francavilla and artist Derek Charm. The cover art for the first issue showcases characters from the Star Wars prequel trilogy, including Anakin Skywalker, Padme Amidala, Jar Jar Binks, R2-D2, and C-3PO.

– The 2019 film The Lighthouse, starring Willem Dafoe and Robert Pattinson, will be receiving its Japanese theatrical release this July, and when it does it will be accompanied by a free manga pamphlet by iconic horror artist Junji Ito. The pamphlet will be a promotional item given out to moviegoers who see the film in theaters, and is effectively a retelling of the story through the art of Junji Ito. Ito set out to capture the film’s use of light and shadow, which he said contributed heavily to the overall gloomy atmosphere of the story.

– Actor Laurie Holden is the latest name being added to the cast of The Boys season three. Holden, who is known to comic book fans for her time in the role of Andrea on AMC’s The Walking Dead, is set to play the Crimson Countess. She joins other new additions to the world of The Boys, including actors Sean Patrick Flanery, Miles Gaston Villanueva, and Nick Weshler. The Boys is currently filming new episodes and is set to return sometime in 2022, exclusively on Amazon Prime.

– Image Comics has confirmed the return of the “Adventureman” series by writer Matt Fraction and artists Terry and Rachel Dodson. The series follows a mother and her young son as they try to resurrect the mantle of Adventureman, a classic pulp hero. The book ran for four issues in 2020, but there had been no official news for the second arc of the series since October. Now, fans can look forward to this new story starting with issue #5 in September, picking up with a new Adventureman taking on the heroic mantle in order to defeat one of the original Adventureman’s greatest foes!

– Webtoon are teaming up with 88rising and the advocacy group Asian American Advancing Justice (AAJC) for a new webcomic called “Illuminated.” The series focuses on Asian women in high-profile fields, and is designed to dispel myths surrounding Asian people in modern society. The comic features stories based on the lives of Olympic athletes, musicians, and more. Additionally, “Illuminated” is being used to help bring attention to the #StopAsianHate movement while empowering Asians from all walks of life. The first story from “Illuminated” will be available on June 25 on the Webtoon platform.

– Cartoonist Dav Pilkey has announced a new “Cat Kid Comic Club” book for release on November 30. The book, which is titled “Cat Kid Comic Club Perspectives,” is the second installment in the series and follows 21 creative baby frogs as they all tell their own, individual stories using different mediums of storytelling. Some of the different art mediums being used are watercolors, paper models, poetry, and claymation. Each of the stories also plays into the larger narrative for the book. Pilkey is currently one of the best-selling authors in the United States. The first “Cat Kid Comic Club” book came out late in 2020 and has sold over 350,000 units to date, while other books including the “Dog Man” series have sold millions of copies worldwide.

– HBO Max has set out to develop a pilot for Madame Xanadu, based on the DC Comics character of the same name. The pilot is being written by Angela Robinson, who also wrote and directed Professor Marston and the Wonder Women, and is being produced by Bad Robot. J.J. Abrams and Ben Stephenson are set to produce the pilot, with Rachel Rusch Rich onboard as a co-executive producer. In the comics, Madame Xanadu is an immortal sorceress who uses her magic to keep the forces of evil at bay, having teamed up with the likes of King Arthur and Merlin, as well as the Justice League Dark. The series looks to be part of the larger Justice League Dark project that has lingered in development at Warner Bros. for the better part of a decade.

– Star Wars: Rogue Squadron, the upcoming film by director Patty Jenkins, has reportedly found its writer. Matthew Robinson, who wrote the 2020 film Love and Monsters as well as 2019’s Dora and the Lost City of Gold, is penning the script for Rogue Squadron. The film is tentatively planned for release in December 2023. This will be the first theatrical Star Wars project since the widely panned Rise of Skywalker, with Disney spending the last couple of years prioritizing their various different streaming shows, such as The Mandalorian and The Bad Batch. Patty Jenkins has said that Rogue Squadron will be her attempt at making the “greatest fighter pilot movie ever made.”

– Finally, “Garbage Man” by Aaron Lopresti, Matt Ryan, John Kalisz, and Dave McCaig will be returning to print for the first time in a decade. The series follows an attorney who is experimented on and becomes the monstrous Garbage Man. Now, Garbage Man seeks out vengeance against the eco-terrorists who ruined his life and fights to stop their plans to ruin the planet. This collected edition features the Garbage Man stories from “Weird Worlds” #1-6 and “My Greatest Adventure” #1-6, as well as 20 pages of new and revised material that are exclusive to the collection. The paperback is being published by Dark Horse and will be available on November 10. 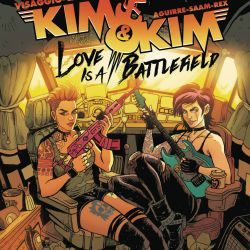 Welcome back to The Rundown, our daily breakdown on comic news stories we missed from the previous day. Have a link to share? Email our team at rundown@multiversitycomics.com.In case you missed it, we have an exclusive first look at “Speed Republic” #1, due out from Mad Cave Studios in February.– “Kim & Kim” and “Vagrant […] 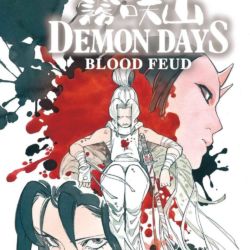 Welcome back to The Rundown, our daily breakdown on comic news stories we missed from the previous day. Have a link to share? Email our team at rundown@multiversitycomics.com.In case you missed it, Zestworld, a new subscription-based comics platform, will launch in 2022.– Marvel have announced “Demon Days: Blood Feud” #1 by Peach Momoko. The comic […] 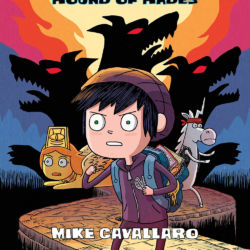 Welcome back to The Rundown, our daily breakdown on comic news stories we missed from the previous day. Have a link to share? Email our team at rundown@multiversitycomics.com.– There were four middle-grade graphic novel deals reported by Publishers Weekly last week, which included First Second’s acquisition of “Eowulf and the Descendant Dilemma,” a spin-off of […]