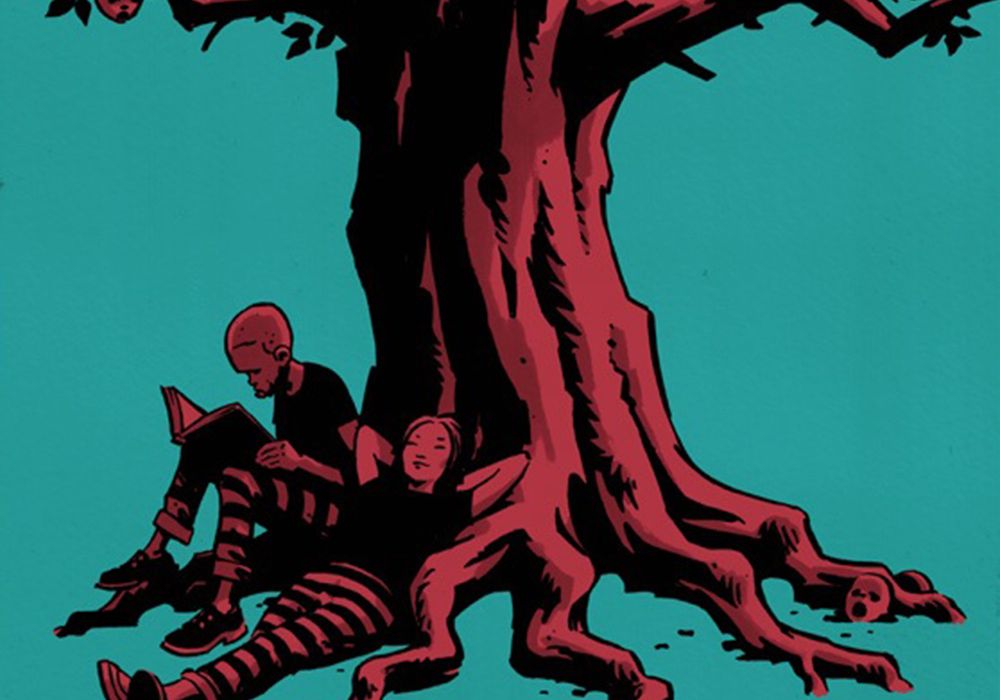 In case you missed it, we spoke to Diana Huh about “The Lonely Vincent Bellingham,” and got a first look at “Goliath Girls” #4, out on comiXology today. 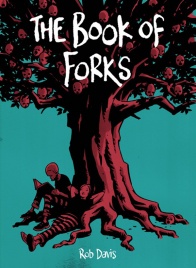 'The Book of Forks'

The following titles are scheduled for release in October:

– Image Comics announced that Michel Fiffe’s “Copra” will be returning this October. The original series told the story of a group of misfit superheroes who set out on a revenge mission. It ran for 31 issues and ended on a cliffhanger which Fiffe promises to address, stating that this new start “picks up right where the previous volume left off.” “Copra” #1 is scheduled for release on October 2.

– DC Comics have announced plans to release Jack Kirby’s ‘Fourth World’ saga in an Absolute Edition titled “Absolute Fourth World by Jack Kirby.” The ‘Fourth World’ saga told the story of Darkseid seeking out the Anti-Life Equation to gain control of the thoughts of all living beings, with his son, Orion, raised by Highfather, opposing him. The Absolute Edition will collect “Superman’s Pal Jimmy Olsen” #133-145, “Forever People” #1-6, “New Gods” #1-6, and “Mister Miracle” #1-6 as well as extra features, totalling at over 800 pages. “Absolute Fourth World by Jack Kirby” will be released on May 13, 2020.

– DC also announced an omnibus edition of Garth Ennis’s run of “Hellblazer.” Ennis worked on the series from 1991 until 1994 alongside artists Steve Dillon, Will Simpson, and David Lloyd. Ennis’s run started with a story which saw John Constantine diagnosed with lung cancer and being forced to make a deal with the devil in order to stay alive. The new omnibus edition will collect “Hellblazer” #41-50, #52-83, and #129-133, “Hellblazer Special” #1 and “Heartland” #1, and feature a cover by Glenn Fabry. “Hellblazer by Garth Ennis Omnibus HC” will be released on April 15, 2020.

– Sony Pictures Home Entertainment announced the full details for the home release of Men In Black: International. The movie will be released digitally on August 20, with the 4K Ultra HD, Blu-Ray and DVD release on September 3. The 4K Ultra HD Combo Pack and Blu-Ray releases will feature exclusive deleted scenes and featurettes called “Alien-cestry.com” and “Neuralyzer: Like It Never Even Happened.” The other features that will be included on the Blu-Ray, DVD and Digital releases include a gag reel and featurettes detailing the cast, the expanding Men in Black universe and the gadgets, weapons and rides. The Men in Black movie franchise is sourced from the comic book series, “The Men in Black” by Lowell Cunningham and Sandy Carruthers. You can see the special features in their entirety here.

– Actor Sam Witwer (Supergirl, Smallville) has joined the cast of Riverdale season 4. He will play Mr. Chipping, a creating writing lecturer at a prep school that Jughead Jones attends on a scholarship during the next season, who is described as “handsome, bookish and cool,” and “while he’s eminently inspiring to his students, there’s a darkness hidden far beneath the surface.” Riverdale season 4 premieres on the CW on October 9.

– Finally, “Dilbert” creator Scott Adams has apologized for using the Gilroy Garlic Festival shooting to promote his app. The tragedy, which took place on Sunday, claimed the lives of four people, including two children, and injured 12. He told the New York Times, “I dashed off a tweet and did not think about it,” although he also claimed the criticism he received was a result of his support for Donald Trump. The “Dilbert” comic is still syndicated by Andrews McMeel Publishing. 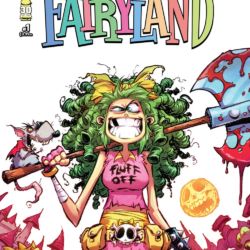 Welcome back to The Rundown, our daily breakdown on comic news stories we missed from the previous day. Have a link to share? Email our team at rundown@multiversitycomics.com.In case you missed it, DC announced a new “WildC.A.T.S.” series (and more) to celebrate 30 years of the team, and Geoff Johns’s ‘New Golden Age’ line. Meanwhile, […] 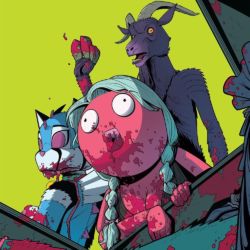