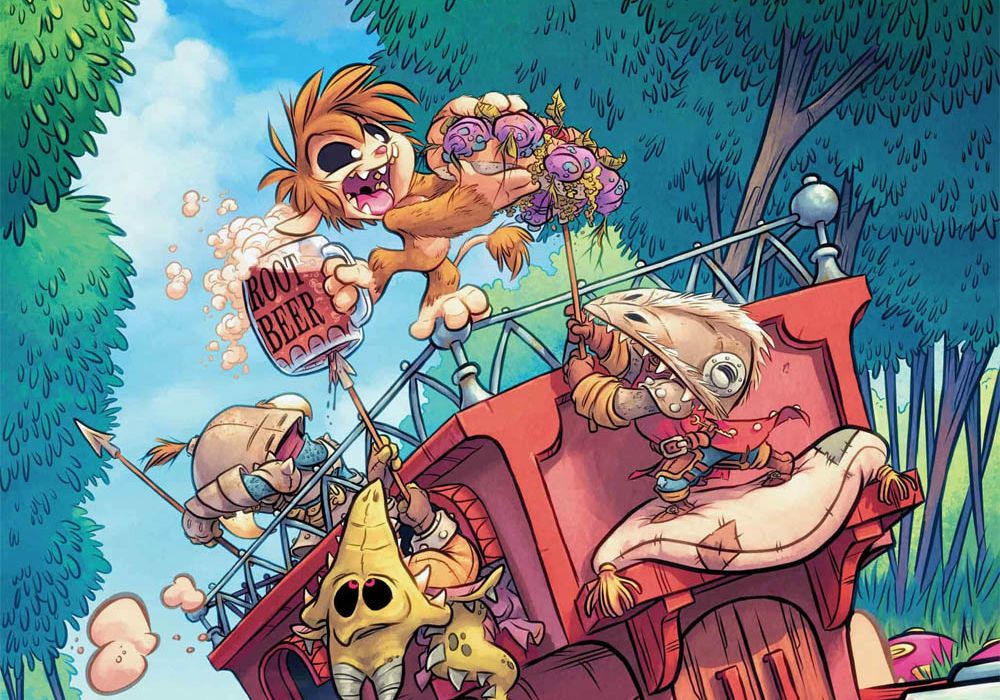 In case you missed it, Fantagraphics Books announced “The Cloven” and we interviewed David Heatley about his new book, “Qualification.” 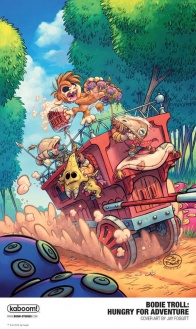 Cover by Jay Fosgitt
— BOOM! announced “Bodie Troll: Hungry for Adventure,” a new fantasy graphic novel on its KaBOOM! imprint by cartoonist Jay Fosgitt, set to release in August of 2020. The family-friendly adventure celebrates growing and evolving friendships, and promotes the power of embracing what makes us unique.

— Legendary Comics announced “The Witches of Silverlake,” a new graphic novel from Simon Curtis with art by Stephanie Son. Scheduled to release in 2021, the story follows Elliot Green, who discovers that his new friends at a prestigious private school are actually witches. Fans attending Los Angeles Comic Con will be able to learn more about the series at the Legendary Comics panel on October 12.

— Independent comic and graphic novel producer Fan The Flame Concept announced the first issue of Neymar Jr. Comics’ new science fiction title, “Red Card,” by Jason M. Burns, Ramon Espinoza, and Dustin Evans. In it, a mission to space results in the release of alien spores, which transforms a majority of the population into mindless, insect-like creatures. Survivors turn to The Zoltan, who hosts gladiator-style soccer games. Junior, the comic’s protagonist, is his star player who attempts to liberate the camp of survivors.

— According to new data, superhero comics are being outsold by other kinds of content, specifically kid-oriented and Japanese, or Japanese-inspired, manga. This trend was shared at a private industry conference organized by ICv2 a day after New York Comic Con, which seemingly celebrates the primacy of superhero-driven stories. There are a lot of reasons for these shifting numbers; Forbes has the scoop.

— France is getting a new animation school. The Sylvia Chomet Animation Academy — or The SChool, for short — will open in Bayeux in September 2020. It’s being launched by Sylvia Chomet, renowned animator and director of films like The Triplets of Belleville and The Illusionist. According to Chomet, The SChool will be the first animation school in France to also offer some courses in English.

— Elizabeth Marvel will join the cast of Hulu’s Helstrom as Victoria Helstrom. She joins Tom Austen and Sydney Lemmon, who play supposed serial killer offspring Daimon and Ana Helstrom, and Ariana Guerra, Robert Wisdom, June Carryl, and Alain Uy. The 10-episode first season, based on the Marvel comic by Roy Thomas and Gary Friedrich, is set to debut next year.

— Finally, The End of the F***ing World is returning for its second season this fall. It will premiere on Channel 4 in the UK, with streaming available on All 4, beginning November 4. In the US, it will debut November 5 on Netflix. 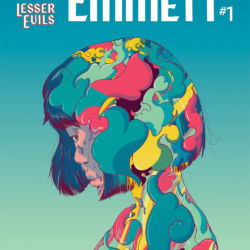 Welcome back to The Rundown, our daily breakdown on comic news stories we missed from the previous day. Have a link to share? Email our team at rundown@multiversitycomics.com.In case you missed it, Z2 announced “The Illustrated Al: The Songs of ‘Weird Al’ Yankovic.”– AWA Studios launched their new series “Lesser Evils: Emmett” on GlobalComix ahead […] 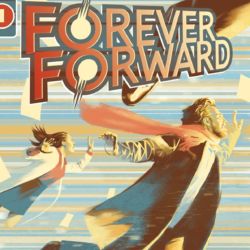 Welcome back to The Rundown, our daily breakdown on comic news stories we missed from the previous day. Have a link to share? Email our team at rundown@multiversitycomics.com.In case you missed it, Wes Craig interviewed Fiona Staples on the site for the start of his Shop Talk series.– Scout Comics has announced “Forever Forward,” an […] 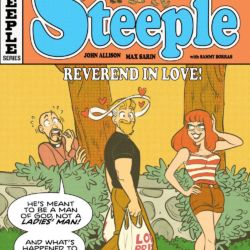 Welcome back to The Rundown, our daily breakdown on comic news stories we missed from the previous day. Have a link to share? Email our team at rundown@multiversitycomics.com.In case you missed it, we interviewed Greg Pak and Khoi Pham about their new DC/Milestone series “Duo.”– The “Giant Days” team of John Allison and Max Sarin […]