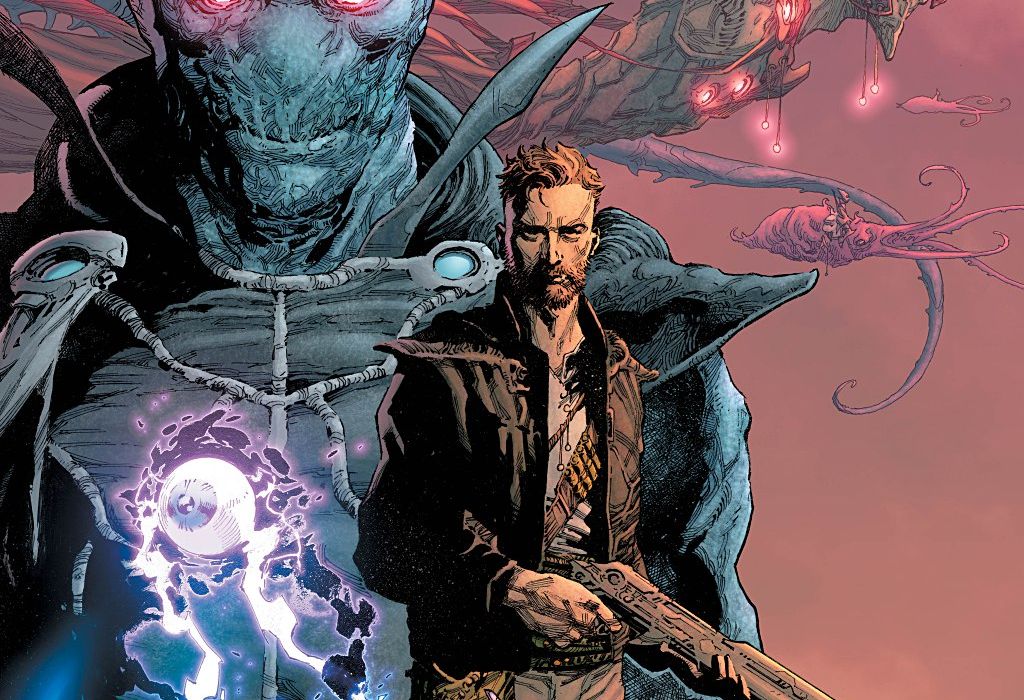 In case you missed it, our very own Kate Kosturski talked demons, dirty diapers, and “Scarenthood” with writer/artist Nick Roche and colorist Chris O’Halloran. 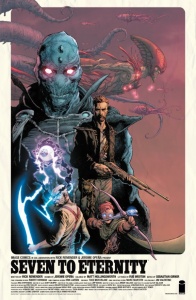 – “Seven to Eternity,” the Image Comics series by writer Rick Remender, artist Jerome Opeña and colorist Matt Hollingsworth, will wrap in 2021 with an extra-length issue #17. Issues #14 and #15 will publish this year in November and December respectively, setting up the closing arc of the series. “Seven to Eternity” is a fantasy series centred around Adam Osidis, a dying knight from a disgraced house, who must choose between joining a hopeless band of magic users in their desperate bid to free their world of the evil Mud King, or accept his promise to give Adam everything his heart desires.

– Ed Brubaker and Marcos Martin released the second chapter of “Friday,” the post-YA mystery/Lovecraftian mash-up published through the name-your-price digital platform Panel Syndicate. In the latest installment, the mystery takes a dark turn when Friday and Lance’s history as teen detectives comes to light.

– A She-Devil from Hell is coming to the silver screen. The screen rights to cult-favourite, female-centric “Mercy Sparx” has been picked up by MGM. The comic book property, created a decade ago by Josh Blaylock and Matt Merhoff, will have a script penned by Nick Shafir. Jack Heller of Assemble Media as well as The Picture Company’s Alex Heineman and Andrew Rona will produce. Blaylock and Assemble’s Scott Veltri are also onboard as executive producers. No word yet on when production will begin, or an anticipated release date.

– Speaking of cult-favourites; ’90s video game The Last Blade will find new life, this time as a comic book series, starting October 28, 2020. Tapas Media and SNK Corporation have partnered on a webcomic franchise based on the game, starting with two 12-episode seasons based on the original 1997 Neo Geo game. Head of Production and Editorial at Tapas Media, Hayden Robel will script the adaptation, with Cocoon Production on art. The collaboration between the webcomics platform and SNK Corp. marked the first time SNK has licenced rights to one of its properties outside of Japan. “The Last Blade” webcomics will be available on the Tapas website and mobile app.

– Marvel’s Master of Kung-Fu will square off against a perennial Wolverine foe in a new one-shot from writer Alyssa Wong and artist Andie Tong. Titled “Legend of Shang-Chi” and slated to hit shelves in January 2021, the issue will see Shang-Chi in a race to steal a soul-stealing sword against none other than Lady Deathstrike. According to writer Wong; “I wanted to pit Shang-Chi against a villain with an equally agile, physical fighting style. Lady Deathstrike is someone who can hold her own against Shang-Chi; if he wants to beat her, he’ll have to get creative.”

– Keeping it Marvel; the Valkyries will ride again in “The King in Black: Return of the Valkyries” #1, which will introduce a new Valkyrie to defend Earth against Knull. Not much is known about the new character, although Marvel’s feature with designer Mattia De Iulis indicates she is not the version of Tessa Thompson’s character from Saladin Ahmed and Javier Rodriguez’s “Exiles.” The article states, “Emerging just as Knull’s takeover begins, this new Valkyrie’s past holds dark secrets that will change everything you thought you knew about this group of Asgardians and reveal what their future in the Marvel Universe holds.”

– The “Peanuts” holiday specials are moving to Apple TV+ in a “mostly” exclusive arrangement. Apple TV+ added in a statement that the seasonal specials will still be available for free during brief windows around Halloween, Thanksgiving and Christmas. This marks the first time since the beloved animated specials – It’s the Great Pumpkin, Charlie Brown and A Charlie Brown Christmas – began airing in the 1960s on broadcast television, that they will not air in that format. Fans have been quick to express their outrage via social media, with some calling the move a “kind of commercial greed is a disservice to American traditions and the common good,” while others believe that “Apple TV+ making them ‘exclusive’ to their streaming service is a bad idea for these reasons, and why people are so angry.”

– Finally, Jared Leto will, again, play the Joker in Zack Snyder’s four-part Justice League, slated for release via HBO Max in 2021. Leto previously portrayed the character in Suicide Squad back in 2016. However, he was not part of the original 2017 release of Justice League, directed by Joss Whedon, after Snyder departed following a family tragedy. The Hollywood Reporter‘s story also claims Jon Berg and Geoff Johns will not be credited as producers on the new version, in the wake of the allegations raised against them by Cyborg actor Ray Fisher. 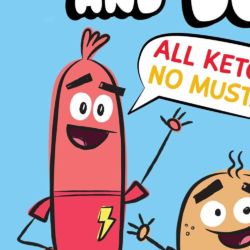