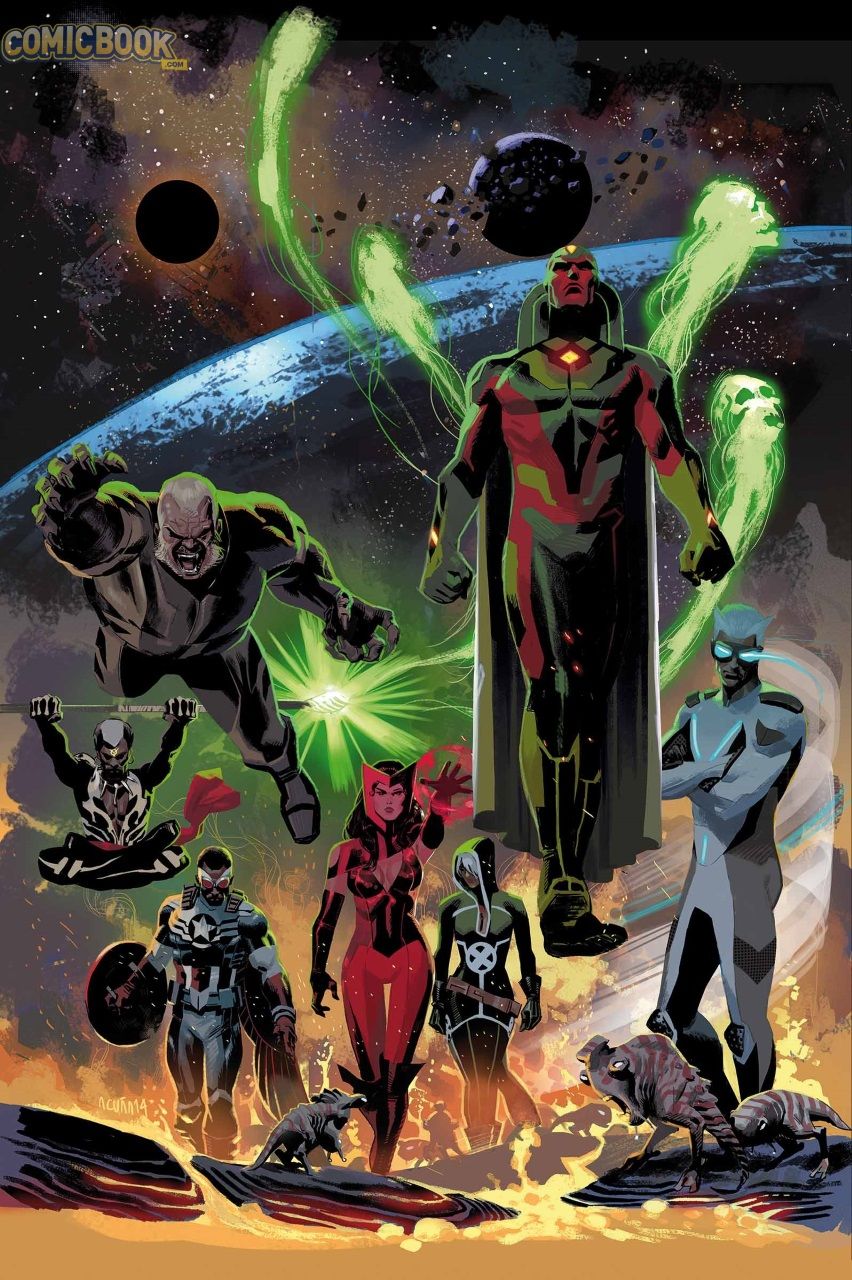 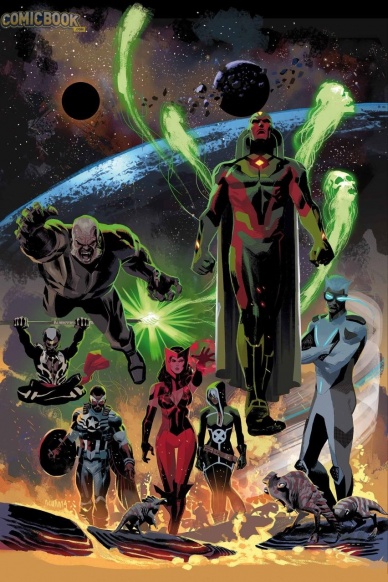 So, you know that big “AXIS” event storyline happening right now at Marvel? The one written by Rick Remender that delivers 9 issues over 3 months, bringing a close to the story that began in “Uncanny Avengers” #1? Well, while the book is temporarily over while “AXIS” brings the Red Onslaught story to fruition in record time, it doesn’t appear that the Unity Squad is going anywhere.

As announced via ComicBook.com, “Uncanny Avengers” will be relaunching with a new #1 in January, complete with a new roster and new costumes. Rick Remender and Daniel Acuna are both staying on the title, and the Unity Squad finds Rogue and Scarlet Witch welcoming Quicksilver, the Vision, Captain America, Sabretooth and — uhm, spoilers, I guess? — Brother Voodoo into the fold.

While it is unclear what ramifications “AXIS” will have and what big important tragedy the solicit refers to causes this team to unite (I have my guess, certainly, but it involves a spoiler so I’ll refrain) we do know two things about this book for sure: that the “No More Mutants” teaser at NYCC was related to this book, and that there is something called “Counter-Earth” involved. Given that the first volume of “Uncanny Avengers” featured an alternate Earth already and the upcoming “Secret Wars” storyline that brings multiple variations of Earths together, your guess is as good as mine on this one.

• From the ashes of AXIS an all-new, all different Avengers assemble!

• The tragedy at the end of AXIS has left the Uncanny Avengers vulnerable, and someone is taking advantage of it.

• One of the Avengers oldest foes returns with a terrible secret that will, all hyperbole aside, shatter the lives of two members of the squad.

• What is Counter-Earth? What terrible secrets does it house?