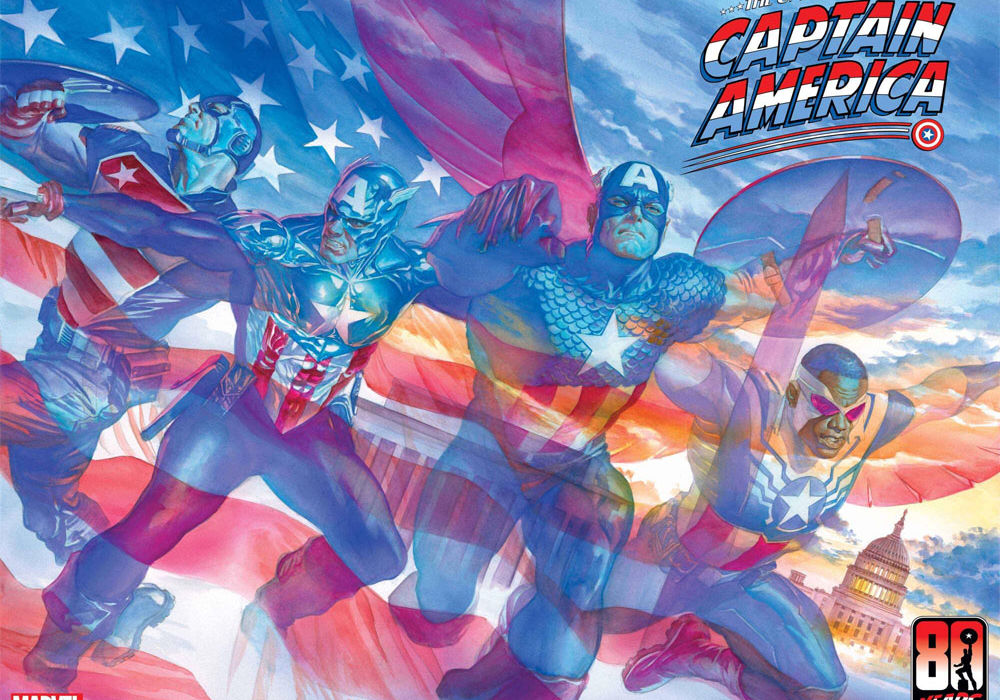 Marvel Comics have announced “The United States of Captain America,” a new limited series by writer Christopher Cantwell and artist Dale Eaglesham that will mark 80 years of Steve Rogers’s adventures. The comic will see Cap’s shield being stolen, and Steve and Sam Wilson embarking on a road trip to find the thief. Soon they encounter the Captains, “everyday people from all walks of life who’ve taken up the mantle of Captain America to defend their communities. And for some reason, the shield thief wants them all dead.” Each issue will also have back-up stories, beginning with a “revolutionary tale” by writer Josh Trujillo and artist Jan Bazaldua. 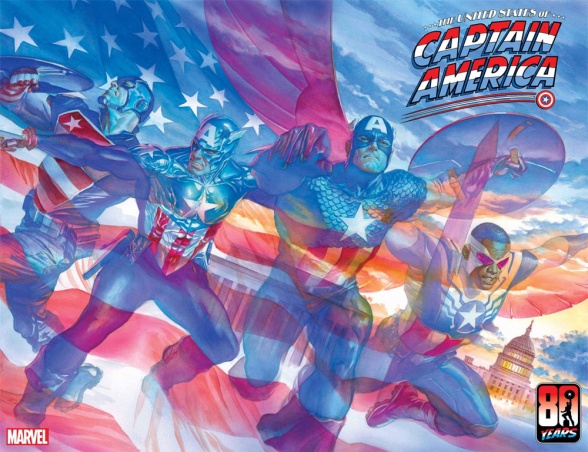 Cantwell told Marvel, “It’s an incredible gift and definitely a creative challenge to take on the character of Captain America, especially during these unprecedented times in our country’s history. With this miniseries we’re hoping to explore what the idea of Captain America means at this precise moment — not just on the grand stage of the world — but to everyday and often overlooked communities throughout the United States.”

He described the story as being “structured like a ‘road movie,’ harkening back in ways to old Bob Rafelson and Hal Ashby films, with Steve Rogers (and soon Sam Wilson, and later… other key members in Steve’s life) getting to directly interact with those he represents as a symbol and has sworn to protect, but in an up close and personal way he hasn’t experienced in a while.” The wraparound cover by Alex Ross indicates Bucky Barnes and John Walker, who have also been Captain America at different points in the comics, will be some of the key figures from Steve’s life appearing in the series.

“The United States of Captain America” #1 will be released on June 2.