“The Unstoppable Wasp,” the ongoing Marvel Comics series starring the Wasp (Nadia van Dyne), will return this October. Jeremy Whitley will resume writing the series, which originally ended after eight issues in August last year, while Japanese duo Gurihiru (Chifuyu Sasaki and Naoko Kawano) will be on art duties. 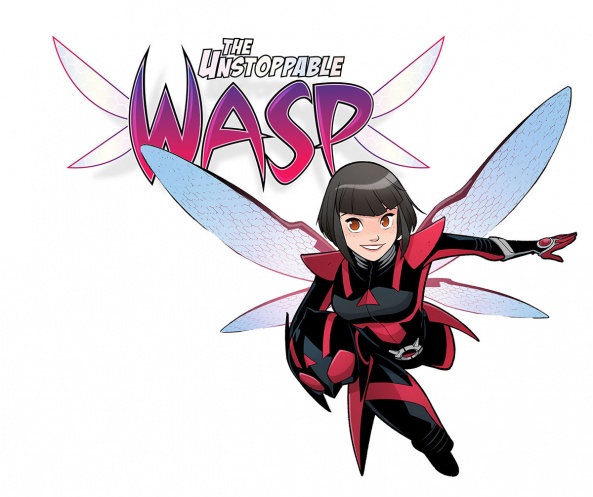 The premise for the first arc will have Nadia teaming up with her stepmother, Janet van Dyne, and the Agents of G.I.R.L. to investigate a mysterious connection between her father, Hank Pym, and Advanced Idea Mechanics. Whitley told Marvel.com, “A lot of this first story is going to be about how Nadia reacts to having so many more commitments in her life. We’re also going to deal a lot more with what she’s inherited from Hank, both in her civilian life and as the Wasp. Hank’s had more than his fair share of enemies — and right now, he’s off making more.”

Whitley and Gurihiru previously collaborated on the 2015 tie-in ‘Misty and Danny Forever,’ published in “Secret Wars: Secret Love.” He said, “Gurihiru have an amazing sense of style and that the project will probably be served best by me telling them what I need and letting them fill in the blanks. We went back and forth on the designs just a little, but only to get them finely attuned. I credit them with looking at Elsa [Charretier]’s work on the first volume and seeing how they could make those looks fresh and new. I think they’ve done a tremendous job.”

The second volume of “Unstoppable Wasp” starts on October 3. Head over to Marvel.com for more from Whitley, and concept art by Gurihiru.