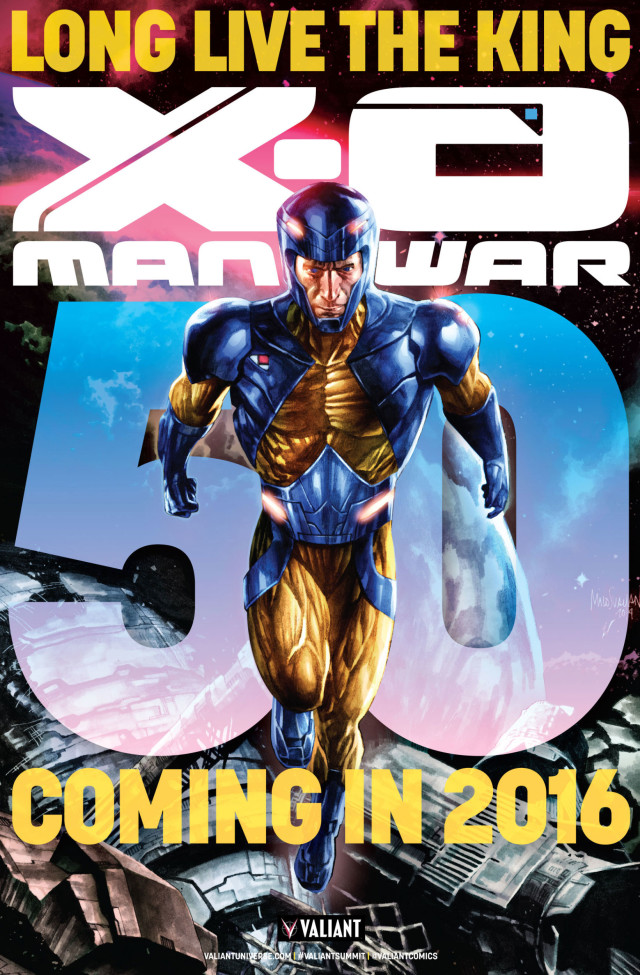 Today, live on Periscope and Twitter, Valiant Entertainment held the #ValiantSummit, a sort of Image Expo-lite for the publisher.

Much like Image Expo, a part of the event was dedicated to extolling the virtues of the current Valiant product, as they shared that the upcoming “Book of Death” has already sold 70,000 copies of its first issue, a new record for the publisher.

Similarly, Valiant wants to give new readers a chance to check out their books from the beginning, so they announced a new series of reprints called “Dollar Debuts” that will feature 8 of their most successful #1s, all reprinted and sold for $1.00. The titles include “The Valiant,” “Divinity,” “Harbinger,” “Bloodshot: Reborn,” and more.

But the big news of the day comes in the form of three announcements, two announcing new series, and one a tease of an upcoming event. 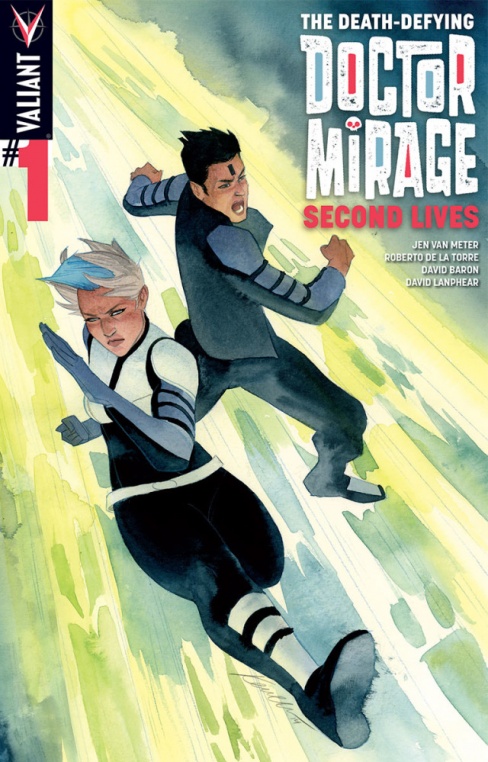 First of all, “The Death Defying Dr. Mirage” is coming back for a second series, subtitled “Second Lives.” The four part story will reuinite the Eisner-nominated team of writer Jen Van Meter and artist Roberto De La Torre, with covers by Kevin Wada. The first issue will drop in December. 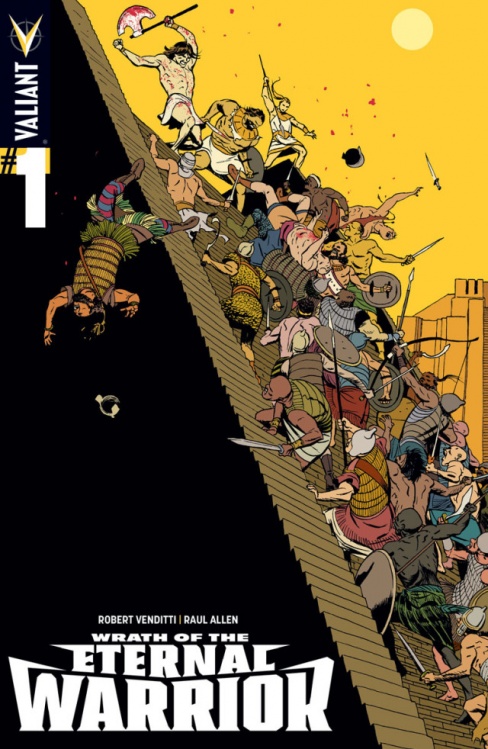 The other new series, “Wrath of the Eternal Warrior” is a new ongoing series, written by Valiant mainstay Robert Venditti and illustrated by Raul Allen. The series, which starts in November, picks up the pieces after “Book of Death,” and will feature variant covers from a variety of amazing artists, including the above cover by Marcos Martin. Dang. 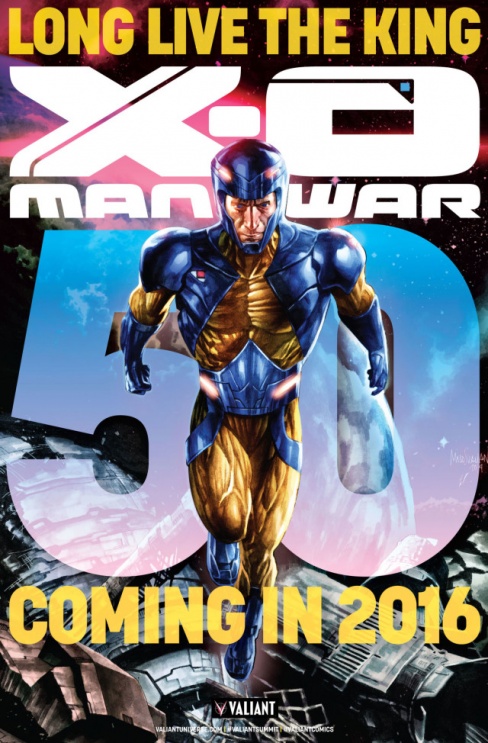 Finally, Valiant looked to 2016 by teasing “X-O Manowar” #50, with the headline “Long Live the King.” If Valiant remains on schedule, issue #50 will come out next July.