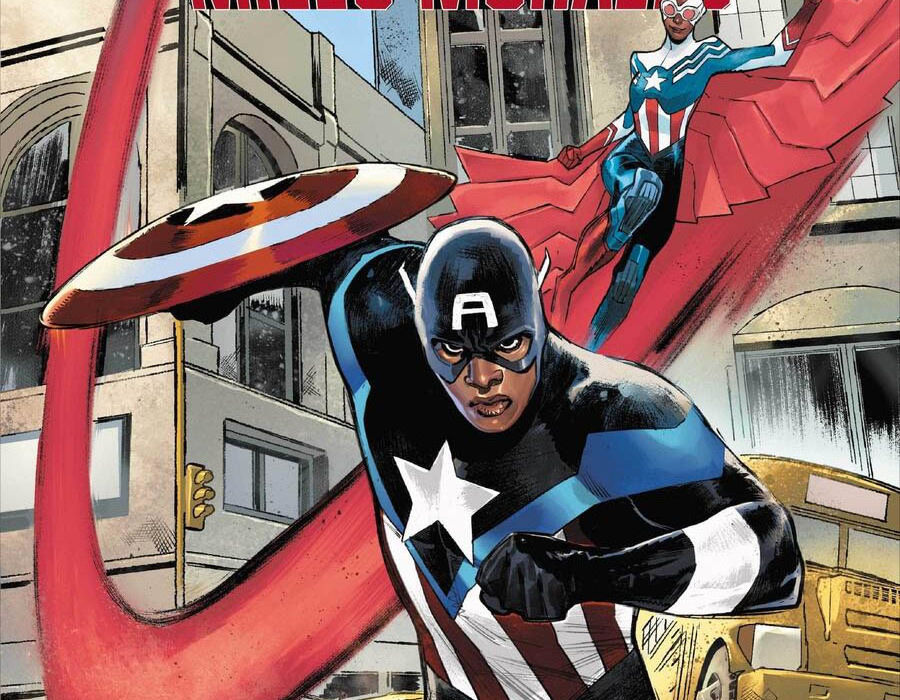 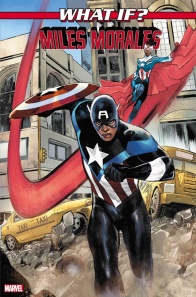 Marvel Comics have announced “What If? Miles Morales,” a new series of one-shots reimagining the young Spider-Man as other superheroes. The first issue, written by Cody Ziglar (“The Amazing Spider-Man”), with art by Paco Medina (“Fantastic Four”), will introduce a version of Miles who became Captain America.

“What if… Miles Morales had never been bitten by a genetically enhanced spider and became Spider-Man?” asks the synopsis. “What if instead… the U.S. government recruited, trained, and granted him incredible powers with the Super-Soldier Serum? What makes Miles a hero no matter the circumstances, no matter the reality?!!”

Ziglar said, “I’m a supreme Miles stan and life-long Cap truther, so being asked to helm the kick off of this ‘What If?’ series was a dream come true. Simply can’t wait for folks to see our boy Miles yeet that shield and how he handles the mantle of Captain America.” The cover, by Miles’s co-creator Sara Pichelli, also features Starling (Tiana Toomes), in a costume resembling Sam Wilson’s Captain America outfit.

Subsequent issues will feature variants of Miles as Wolverine, Thor, and Hulk, all designed by Paco Medina: you can see the Wolverine design here. In more dimension-hopping news, Marvel also revealed yesterday that Don Cates and Ryan Ottley’s “Hulk” series will introduce more realities, with the Green Goliath traversing the multiverse in the Starship Hulk; specifically, issue #4 will introduce a universe where Thunderbolt Ross is President of the United States. Other forthcoming comics exploring the Marvel multiverse in the wake of Disney+’s Loki and What If…? include “Avengers Forever,” and “Devil’s Reign: Superior Four.”