Update, July 31, 2019:
DC have announced the first three issues have been canceled, although they could be resolicited for a later date.

DC Comics announced today the next piece of Warren Ellis’s reboot of the Wildstorm Universe in a new six-issue “Wildcats” miniseries that will debut this August. Ellis will write the miniseries, which features art from Ramon Villalobos and Tamra Bonvillain (“Nighthawk,” “America”). This new iteration of the team will consist of Grifter, Savant, John Colt and Adrianna Tereshkova, who have been appearing over in Ellis and Jon Davis-Hunt’s “The Wild Storm,” which will wrap its 24-issue run in June.

The original “WildC.A.T.s” series was created by Jim Lee and Brandon Choi in August 1992, as one of the first titles of their Wildstorm Universe when the imprint was still a part of Image Comics. That first run lasted 50 issues, with a number of different creative teams, before Wildstorm was sold to DC Comics in 1999. The series would be relaunched four more times, each running about 30 issues (except for volume four with Grant Morrison and Jim Lee, which only ever published one issue). You can check out a press release for the series below with more details, covers by Jim Chung and Tomeu Morey, as well as Villalobos and Bonvillian. “Wildcats’ #1 goes on sale August 28th, 2019. 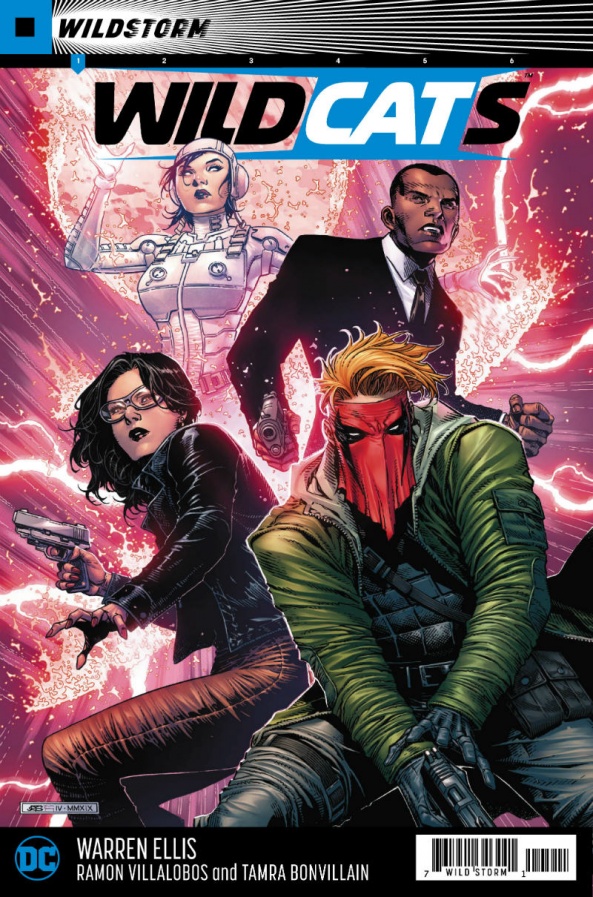 This August, Warren Ellis unites with artist Ramon Villalobos for an action-packed new era of WILDCATS. Following his genre-breaking work reintroducing beloved superheroes from the WildStorm Universe, Ellis and Villalobos will take the covert team on a new adventure in a six-issue miniseries beginning August 28.

“The first line I wrote down for WILDCATS was: ‘Saving the human race from the human race,’” says Ellis. “It’s a team made up of people who have seen the worst in everybody and everything, and yet still put themselves in frankly absurd amounts of jeopardy just so tomorrow might be a little bit better. And it’s a short series, so I might just kill them all. Come and see what happens. The art is great.”

“Warren has created something truly spectacular with the relaunch of the WildStorm universe over the past two years,” says DC Chief Creative Officer and Publisher Jim Lee. “There are few visionaries in our business and few still who can elevate mythos with such vitality and spectacle. Paired with Ramon’s extraordinary artwork, I’m thrilled for fans to check this out come August.”

From the pages of THE WILD STORM, the piratical covert team are here to stop humanity from destroying itself. The black-ops team featuring Grifter, Savant, John Colt and Adrianna Tereshkova have discovered that the secret space program Skywatch has been performing medical experiments on abducted innocents for decades. And now one of those experiments is about to explode—revealing a new threat and level of danger that no one could have prepared for. The covert team may have thought the world was strange before, but they had no idea—and now the stakes might just be too high.

“From the jump, WILDCATS has always represented to me the most modern and cutting-edge approach to superhero comics,” says Villalobos. “I’m excited for the opportunity to draw fun and fashionable comics for the coolest and smartest audiences in comics. WILDCATS has a heritage of genius creators who have worked on these characters, so it’s pretty cool to be able to awkwardly put my name among theirs.”

WILDCATS from Ellis and Villalobos will build on Ellis and Jon Davis-Hunt’s 24-issue series THE WILD STORM, which kicked off in 2016. The series will channel the same breakneck energy and imagination, creating a thrilling new story for fans of the WildStorm universe.

WILDCATS #1 is available on August 28. You can check out the main cover and variant cover attached and below. 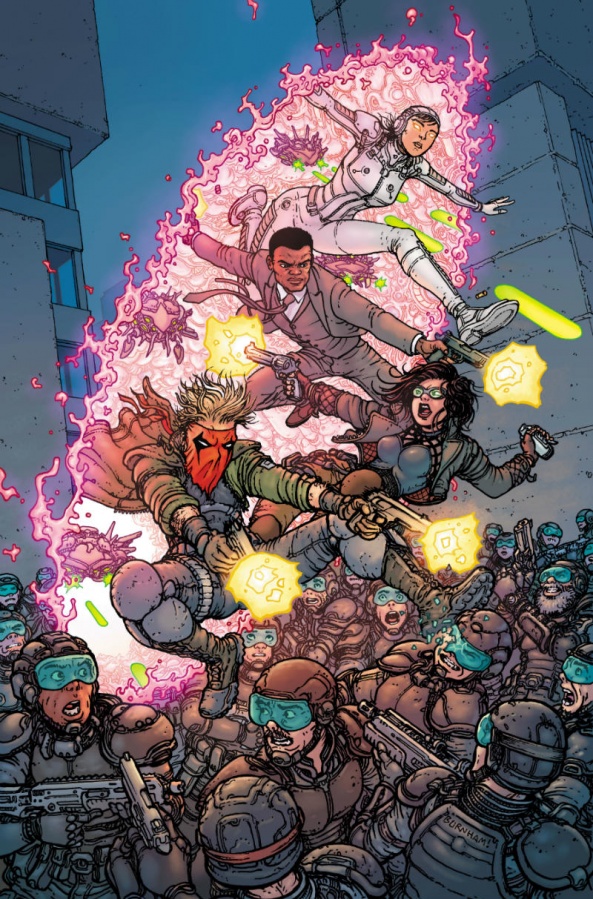