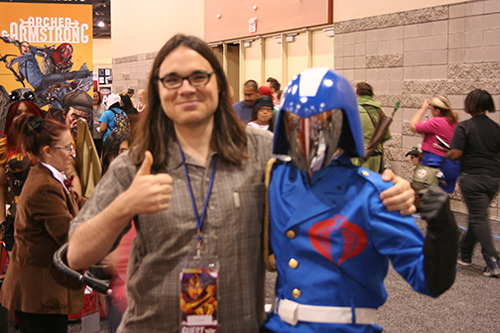 Today’s episode presents two looks at Tom Scioli’s Transformers vs GI Joe comic in lead-up to his appearance on the upcoming Transformers: The Movie 35th anniversary episode later this week. First up is a segment from the March 22, 2017 Pull List episode covering his Transformers vs GI Joe: The Official Movie Adaptation oneshot, and then the bulk of the episode is Mike’s conversation with the cartoonist shortly after the series was announced at NYCC 2013 almost 8 years ago.

Robots From Tomorrow is a twice-weekly comics podcast recorded deep beneath the Earth’s surface. You can subscribe to it via iTunes or through the RSS feed at RobotsFromTomorrow.com. You can also follow Mike and Greg on Twitter. Stay safe and enjoy your funny books.

Robots From Tomorrow: Episode 774.5 – From The Airwaves… An Announcement!

Just what it says in the title, folks! What could the lads have up their sleeves? Listen and find out! Click Here For The Direct Download!Robots From Tomorrow is a twice-weekly comics podcast recorded deep beneath the Earth’s surface. You can subscribe to it via iTunes or through the RSS feed at RobotsFromTomorrow.com. You can also […] 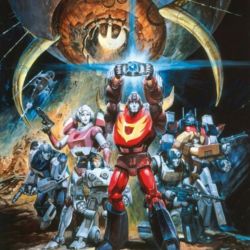 Today’s episode is beyond good, beyond evil, beyond your wildest imagination . . . because it looks at the seminal 1980’s animation classic Transformers: The Movie! Like Pennywise luring so many children to their unsuspecting doom, this beautiful & enticing film shattered the innocence of so many childhoods. But unlike that hellish clown, this film does […]

After two years of quarantine, Greg finally attended a live show this past month: the Baltimore Comicon! And as luck would have it, Wordballoon’s John Siuntres (aka podcasting’s cool uncle) was there as well. What better way to celebrate the chance to get back to in-person interviewing and yakkin’ about various things than with the […]