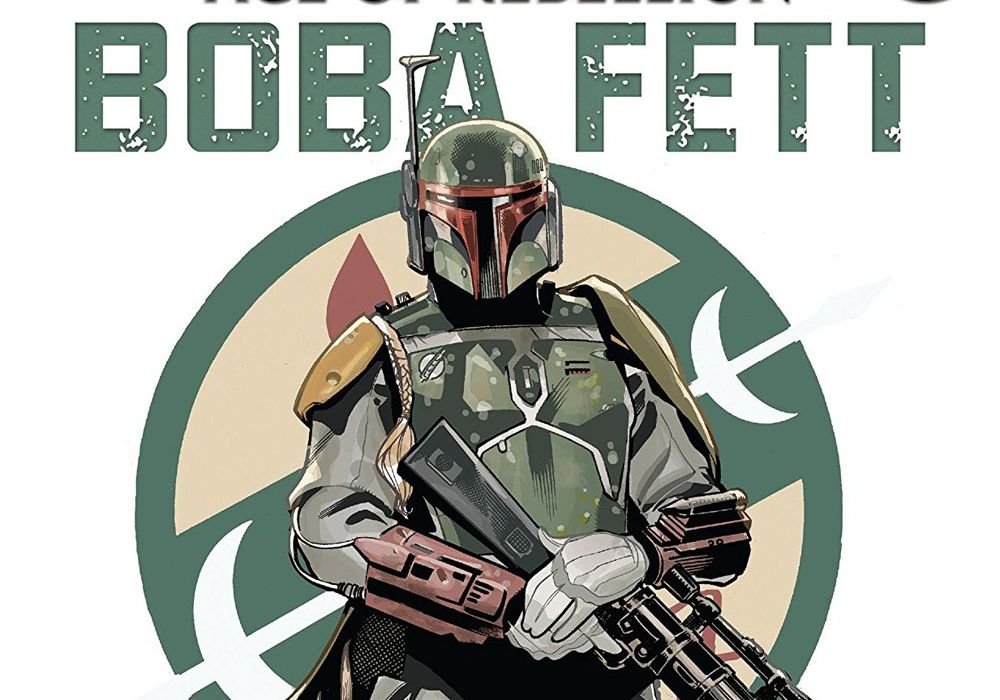 Since Lucasfilm rebooted the Star Wars Expanded Universe in 2014, Boba Fett has undoubtedly been one of the most marginalized characters in the new canon – the fearsome bounty hunter, whose Mandalorian armor inspired a wave of devotion from fans to the galactic subculture, isn’t even canonically Mandalorian anymore. Still, Marvel have been giving the character his due, revealing he was responsible for informing Darth Vader of his son’s existence in their 2015 relaunch of the comics, and now with next week’s “Age of Rebellion” one-shot, which we are proud to present an exclusive preview of. 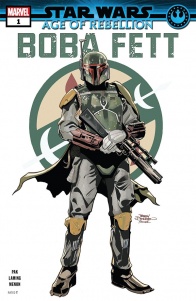 THE HUNTER’S HEART! As the implacable bounty hunter who tracked down HAN SOLO, BOBA FETT earned his reputation as one of the greatest villains in the galaxy. But what happens when Boba Fett picks up the trail of an actual villain? Find out what kind of heart — if any — beats under that MANDALORIAN armor! 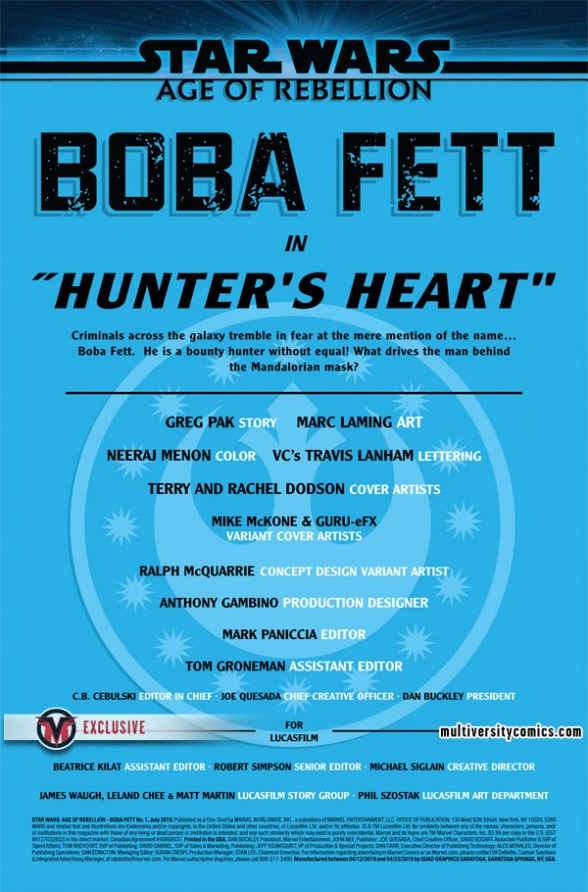 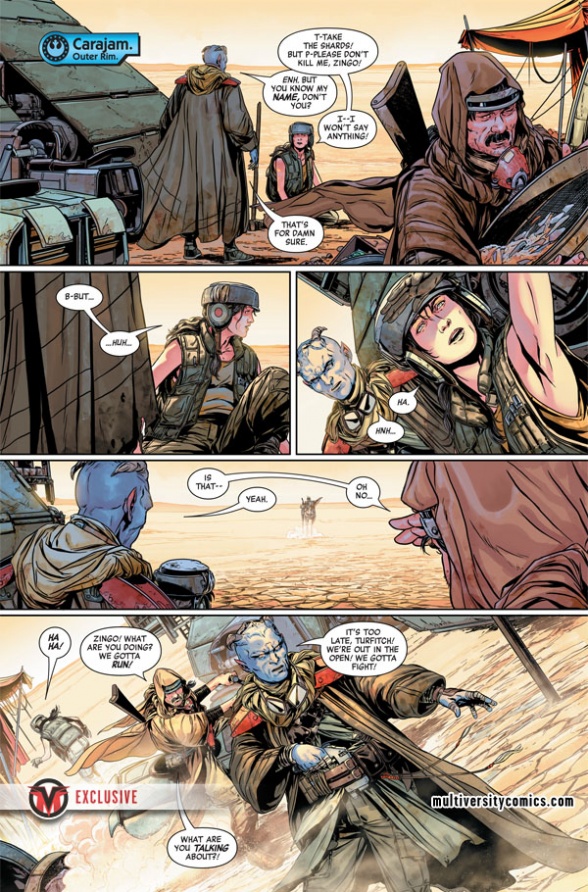 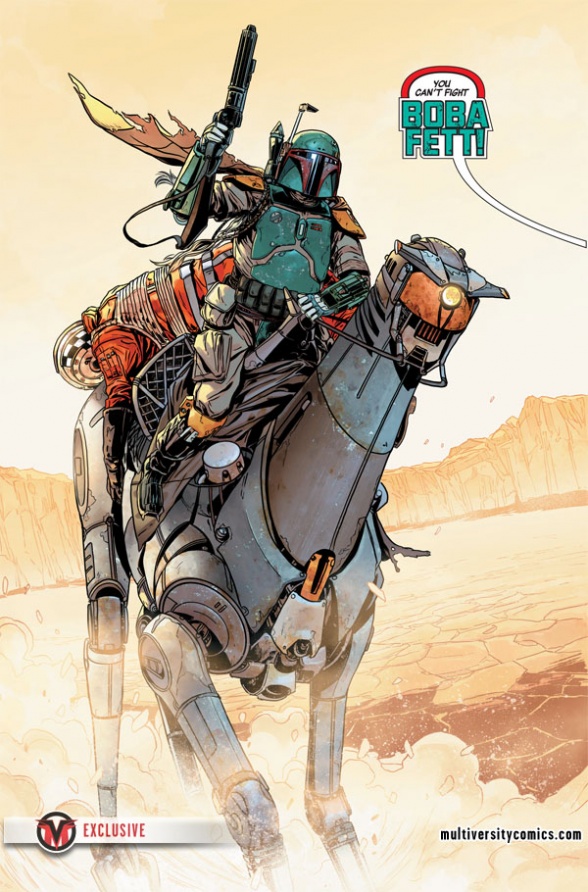 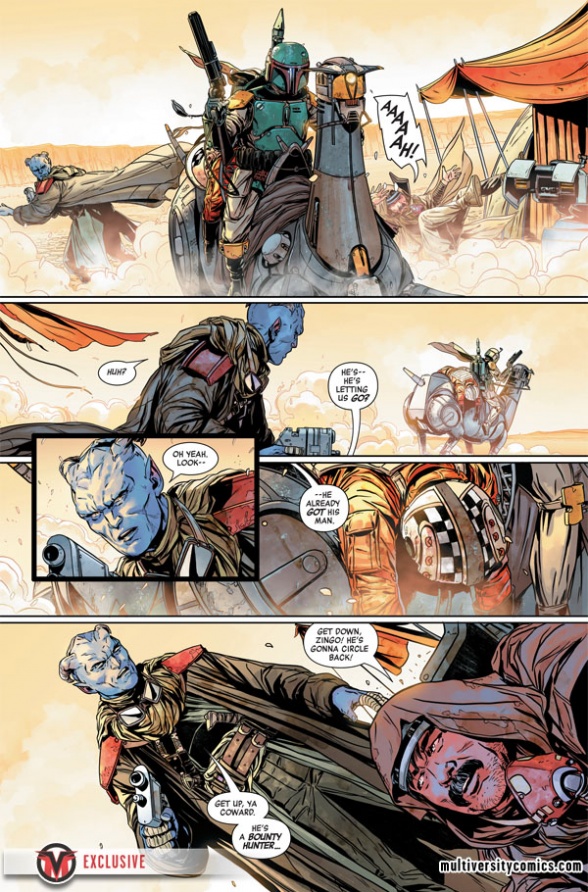 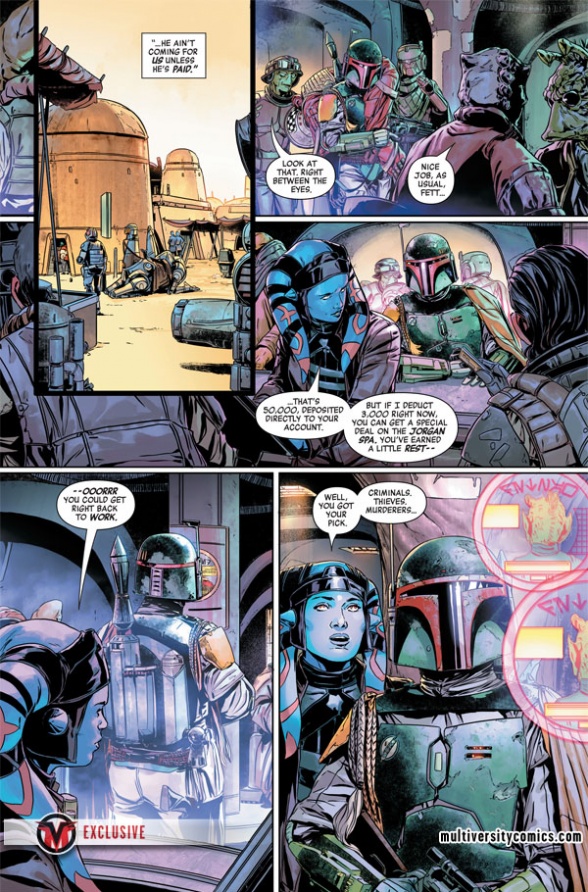 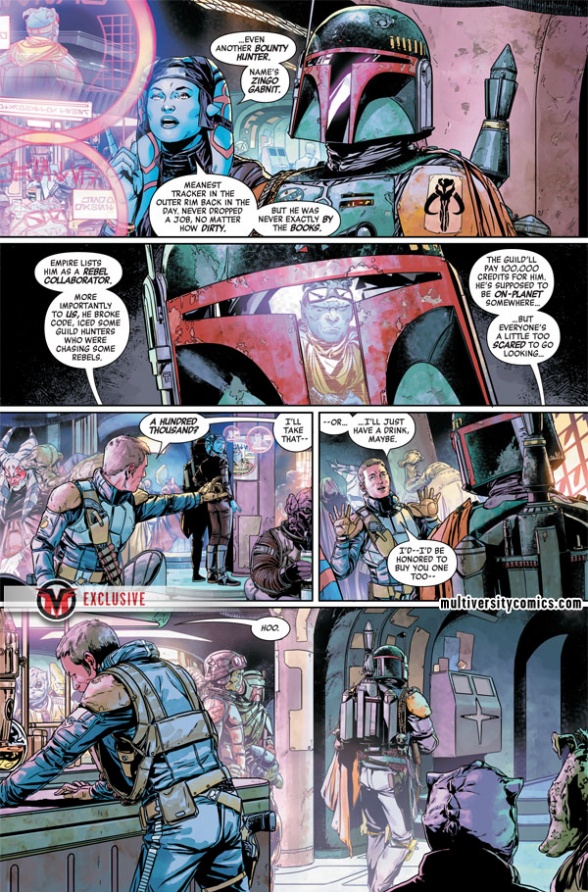