Namor’s recent heel turn continues in next week’s “Atlantis Attacks,” unlike Marvel’s 1989 crossover event of the same name, where he allied with humanity to prevent an Atlantean-Lemurian alliance from taking over the world. It’s also the latest miniseries written by Greg Pak starring the New Agents of Atlas, the supergroup of East Asian and Asian-American superheroes formed during last year’s ‘War of the Realms,’ and we are proud to present an exclusive preview of the first issue.

WAR WITH THE WATER KINGDOM! The armies of ATLANTIS face ATLAS in a showdown destined to shake allegiances and break hearts! AMADEUS CHO, SILK, WAVE, SHANG-CHI, and all the heroes of the Atlas have bonded with each other after the challenges of WAR OF THE REALMS. But when a terrible secret incurs the wrath of KING NAMOR, who’s the true friend — and who’s the true enemy? A titanic tale of love and betrayal, heroes and monsters, gods and underdogs — plus the shocking return of JIMMY WOO and the original AGENTS OF ATLAS! 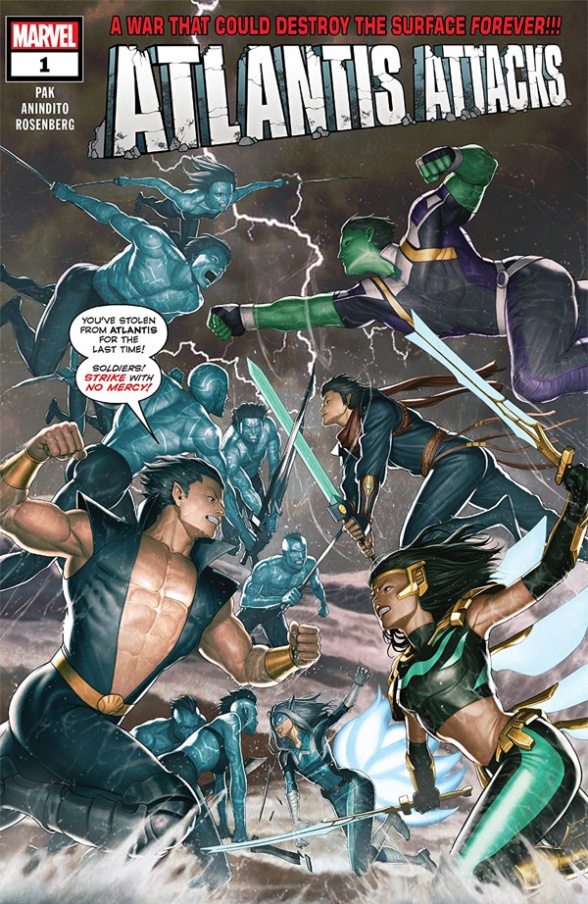 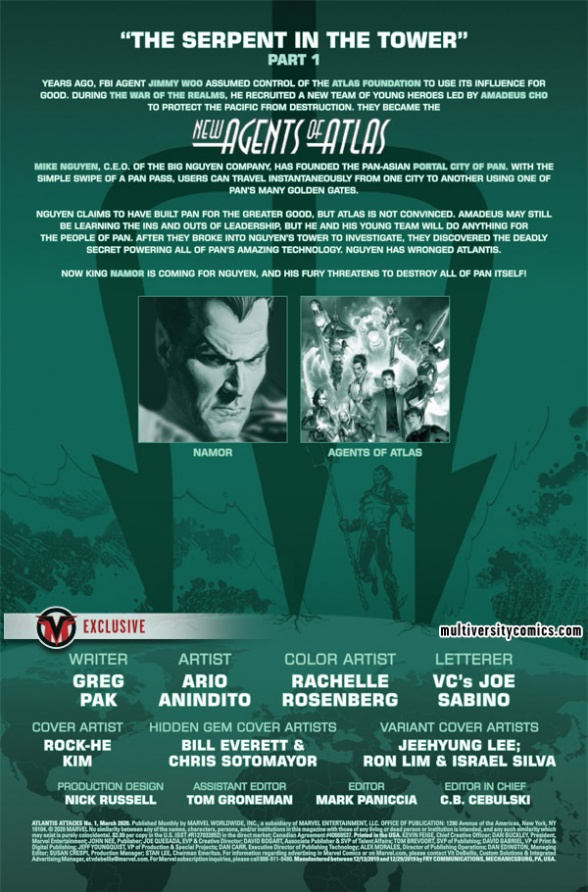 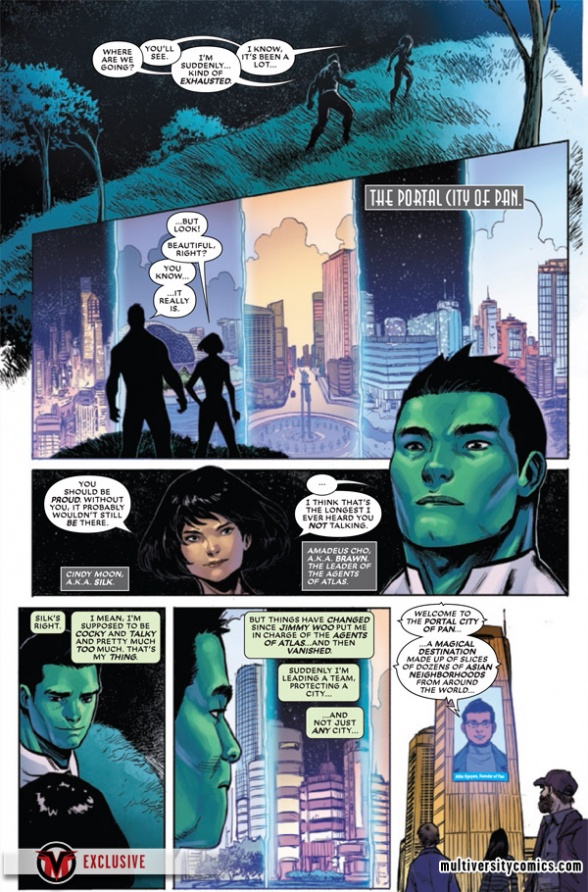 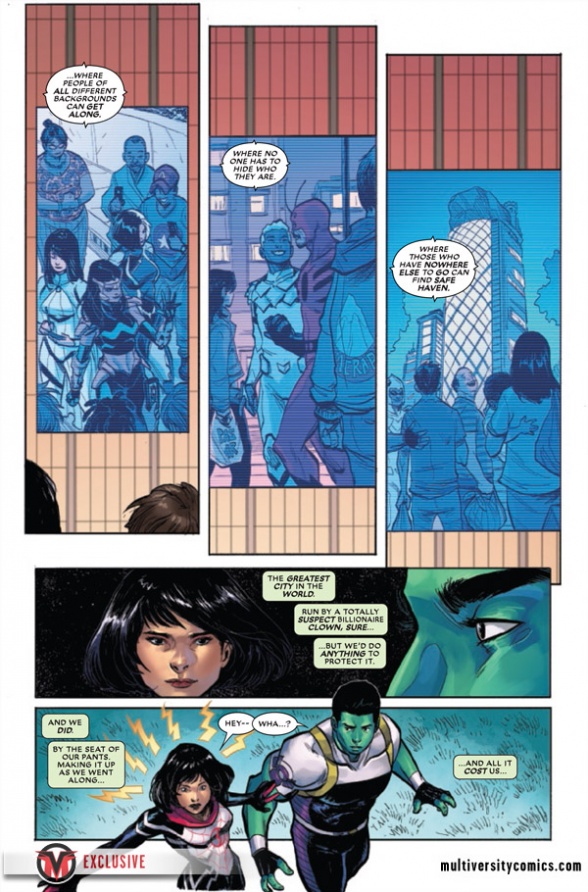 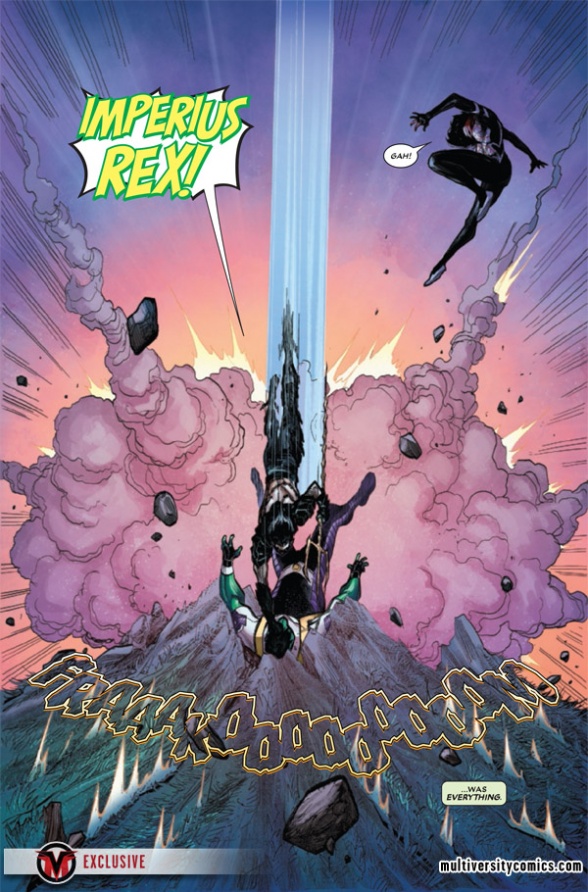 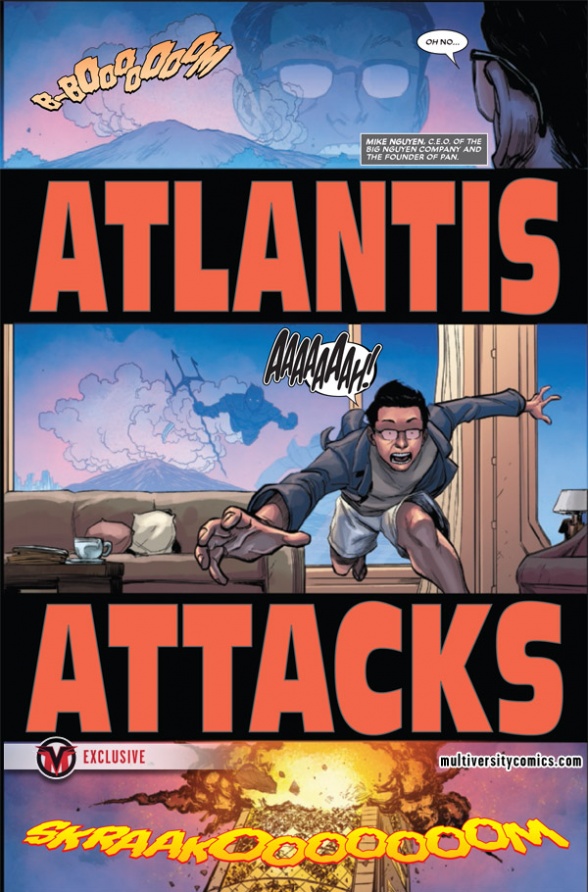