One of DC’s initiatives over the past few years has been to bring creators back to their iconic characters for miniseries that fall somewhere between continuity and non-continuity. These series don’t seem to take place in alternate universes or anything, but they are the most self-contained of stories, which allows the creative team to fully steer the ship in whatever direction they see fit. It is in this spirit that Chuck Dixon and Graham Nolan have returned to Bane with “Bane Conquest,” where they put him in a prison break scenario with Batman and let all hell break loose. We are thrilled to share an exclusive first look at the third issue of “Bane Conquest,” which comes out on July 5th. 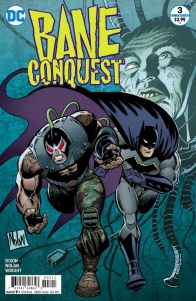 Sure, they may have had to team up to escape Damocles’ clutches—but Batman and Bane can’t keep their hands off each others’ throats for long! The question is, will Damocles be able to use that rivalry to his advantage? 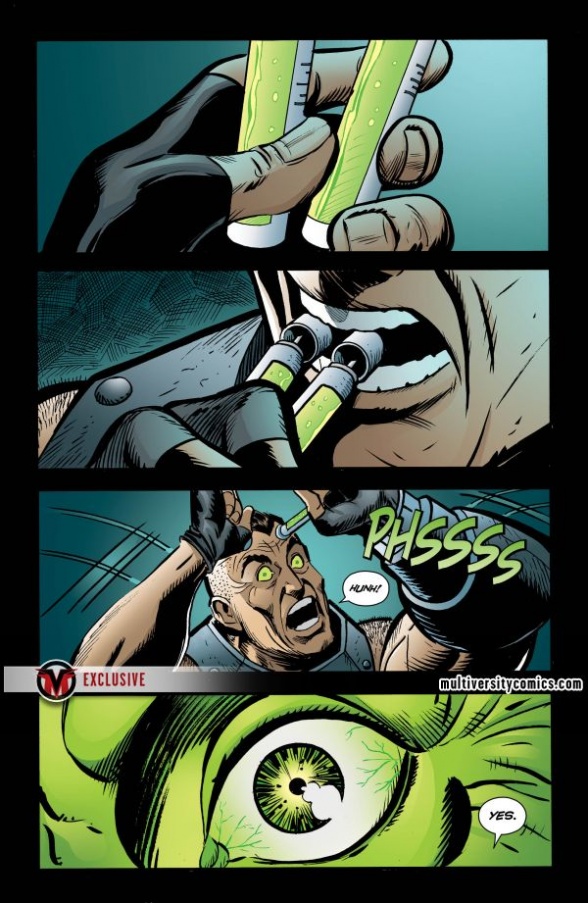 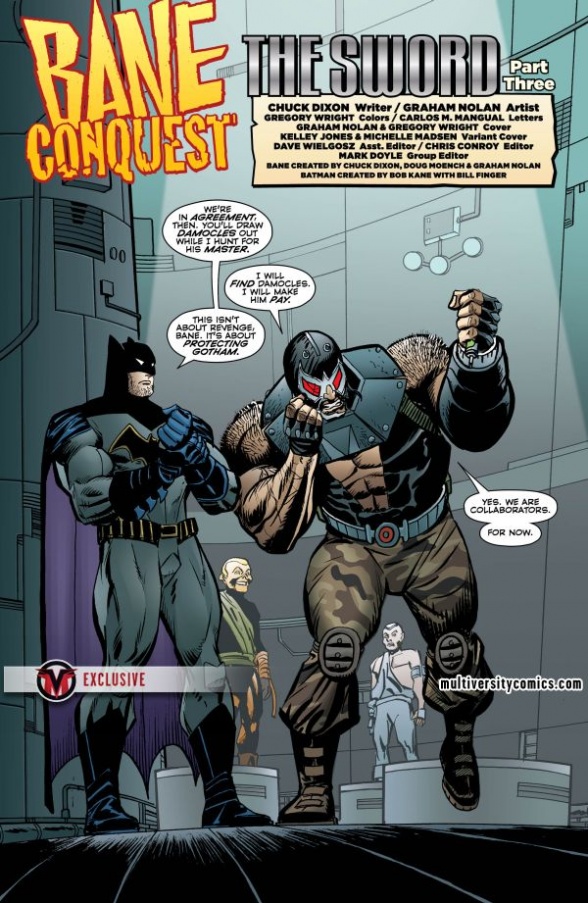 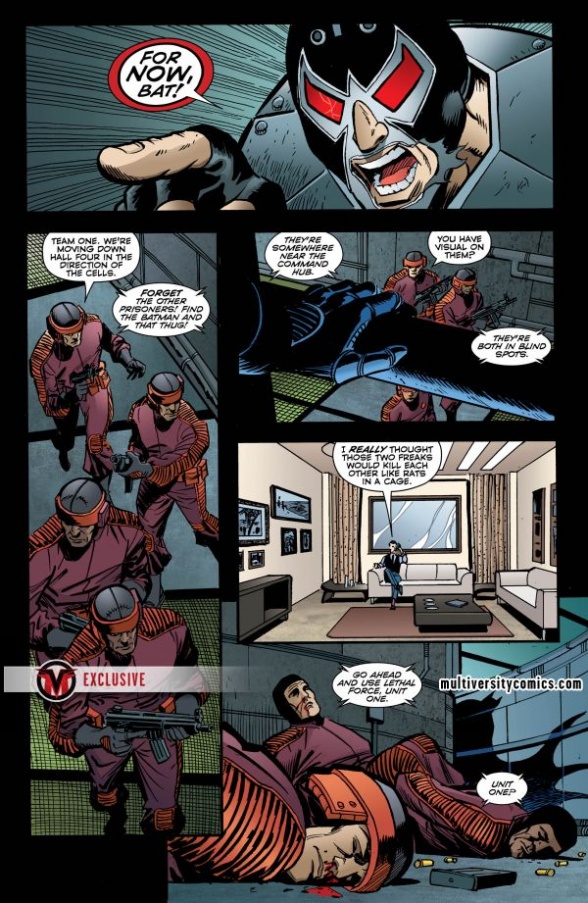 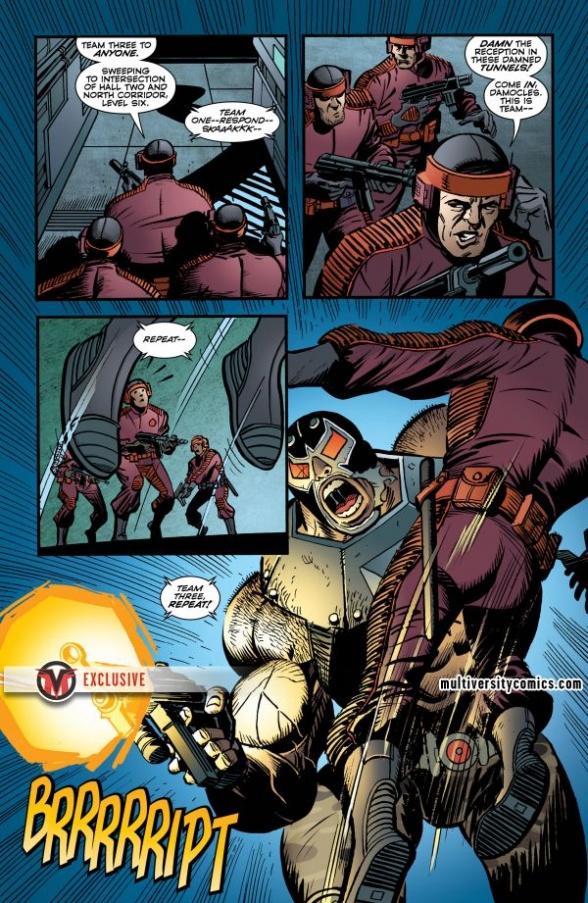 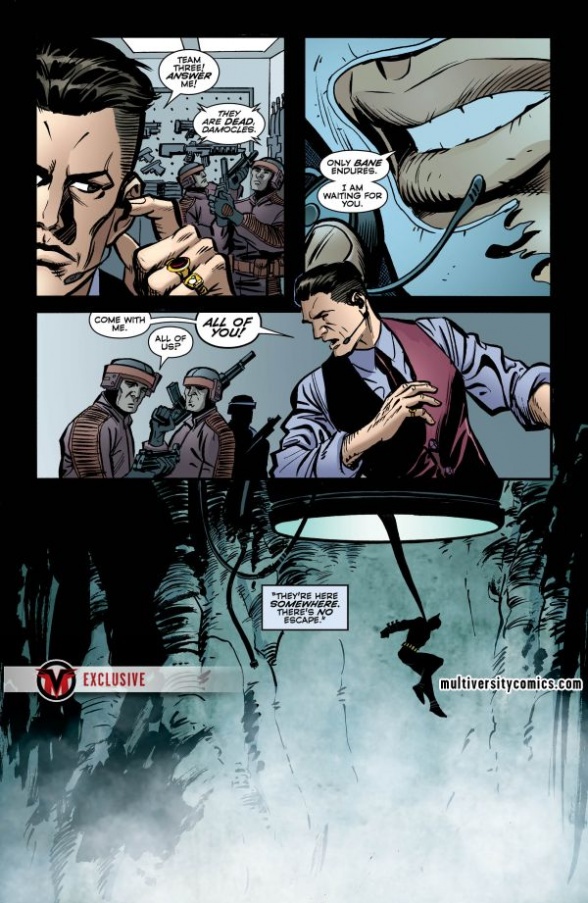