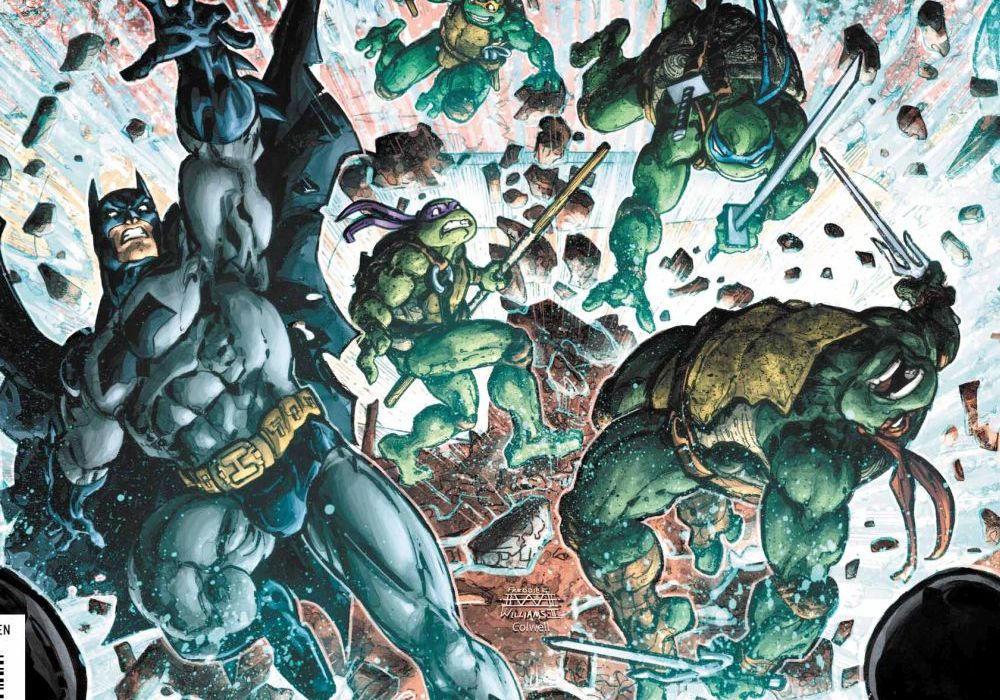 In an era when inter-company crossovers are more common, the “Batman/Teenage Mutant Ninja Turtles” books have managed to feel special amid all the other crossovers. A big reason for that is because James Tynion IV and Freddie Williams II have brought a consistency to the trilogy of minis, but also have set real stakes and made the books feel like an equal mashup between the two properties. We are thrilled to share an exclusive preview of the fifth issue of the third series, the 17th overall, due in stores on September 4. 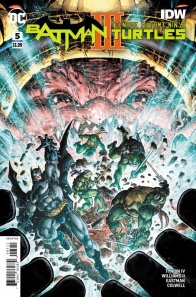 Batman and the Teenage Mutant Ninja Turtles think they’ve figured out how to tear apart Krang’s Combined Multiverse and restore their reality. But Krang has planned this moment for years. With his robot army, he’s ready to destroy them all. And if Batman can’t remember the last missing piece in his life, there may be no hope left! 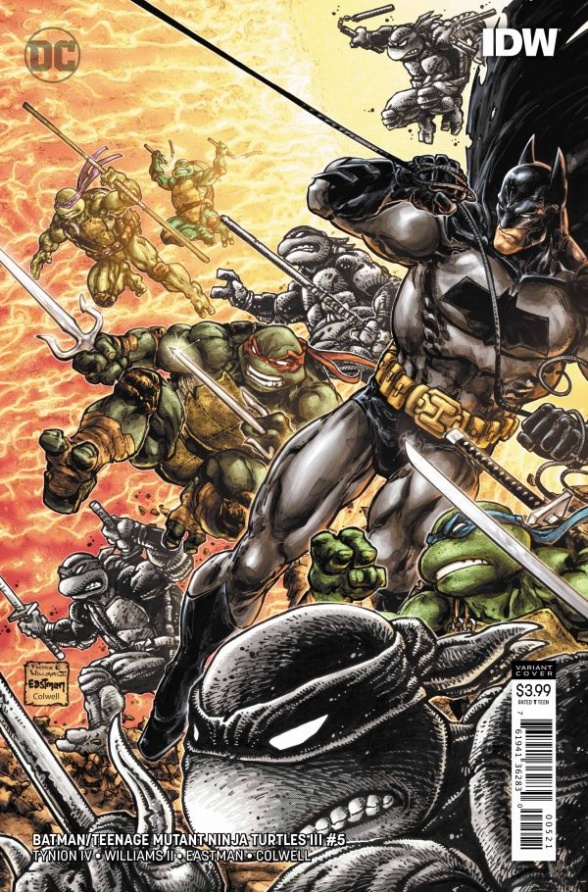 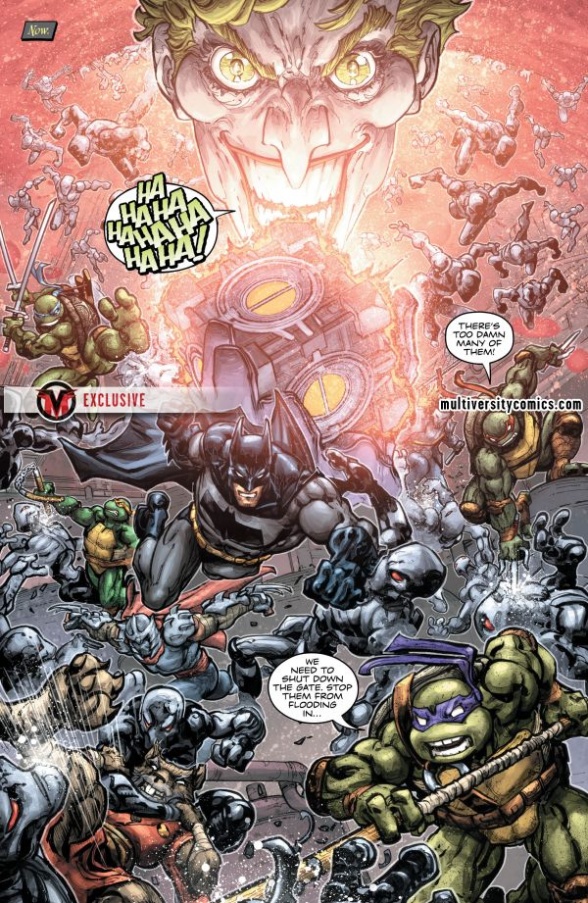 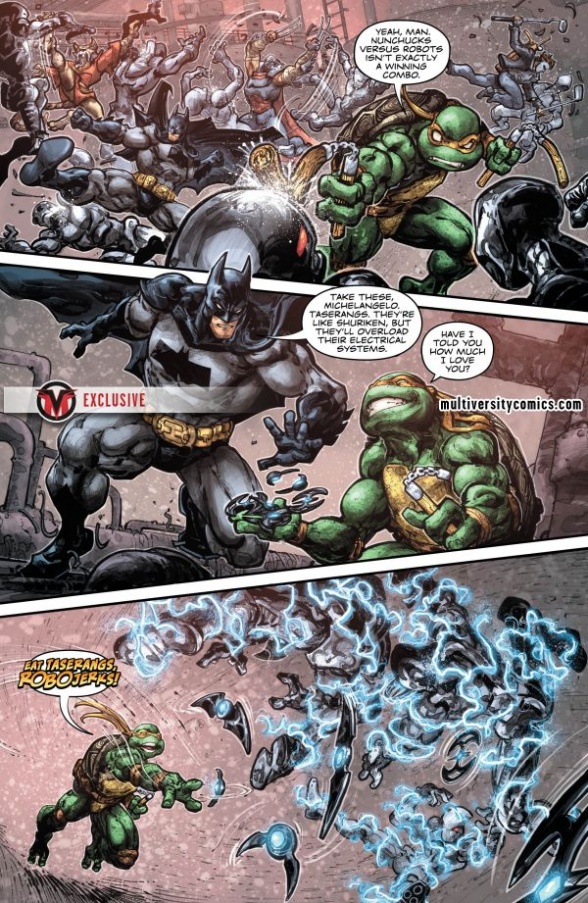 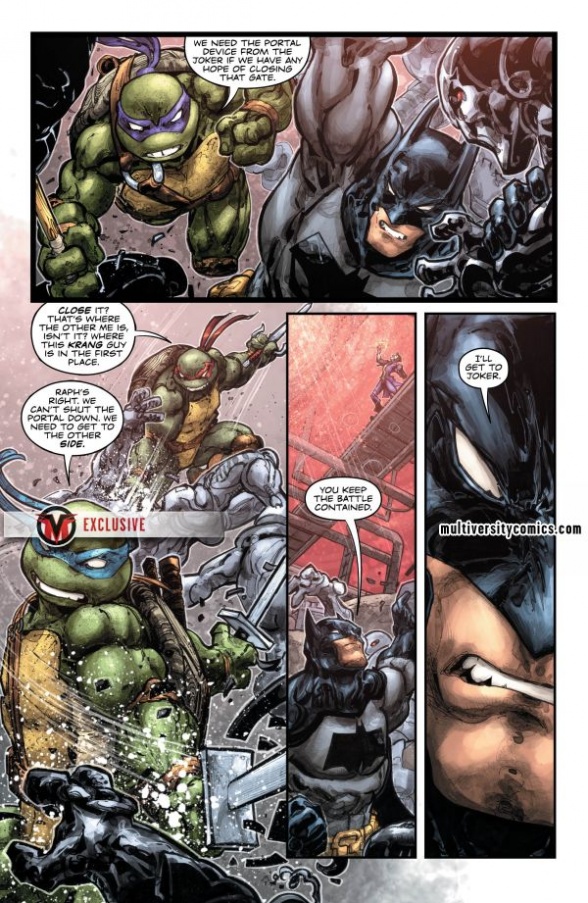 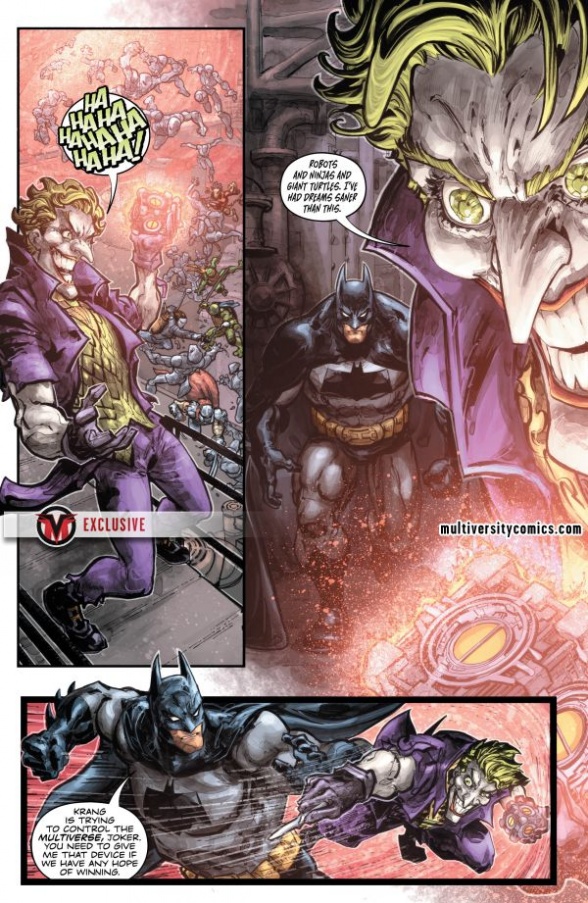 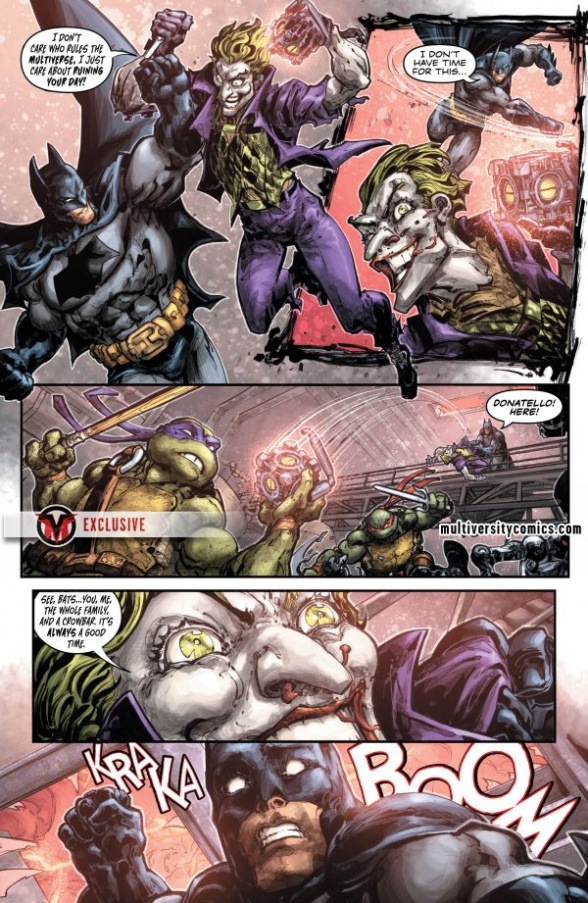