As “Batwoman” enters its second year, it is beginning to wrap up some of its threads established over the first eleven issues. The ‘lost year’ of Kate Kane’s life has been a constant undercurrent of the series thus far, with the island Coryana being the setting for this lost year. Last month, Scott Godlewski (“Copperhead,” “The Lost Boys”) joined the book, along with guest writer K. Perkins. Godlewski is back this month with regular series writer Marguerite Bennett, before ‘The Fall of the House of Kane’ begins next month. We are thrilled to share an exclusive first look at the twelfth issue, which is due out on Wednesday. 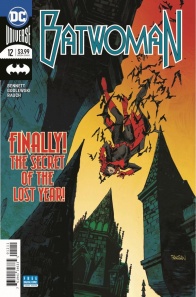 “CORYANA”– As Batwoman begins the hunt for the Mother of War, she recalls the death of love — the brutal end of her lost year upon the secret island of Coryana. As Safiyah, the Lady of the Island, seeks the villain who carried a deadly virus into paradise, treachery, butchery, passion, and plague bring the island to a fever pitch!

Thanks again to DC for the preview, and make sure to pick up the issue on February 21st. 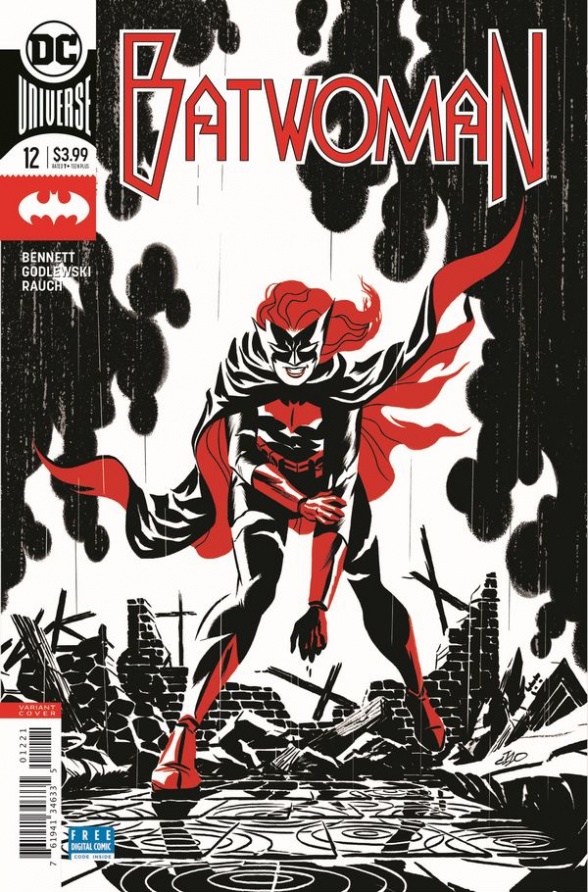 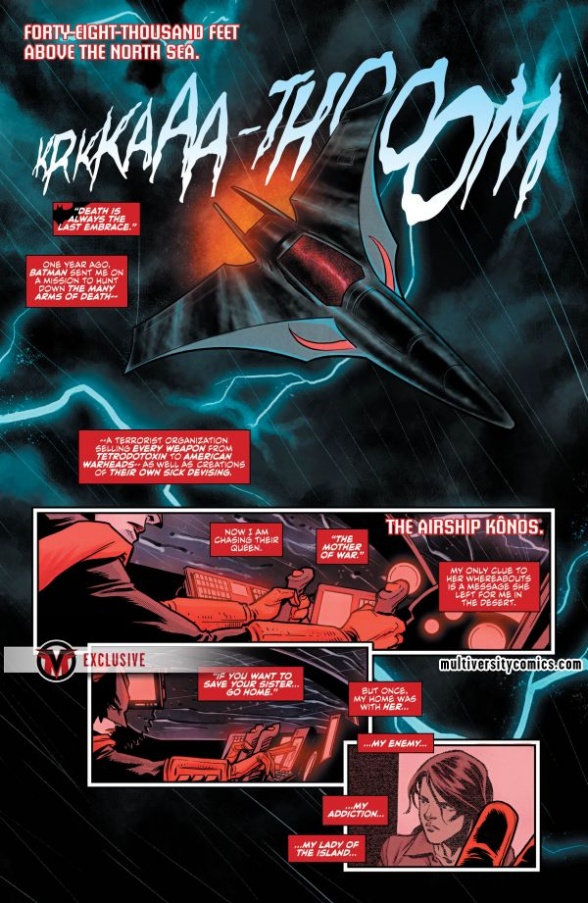 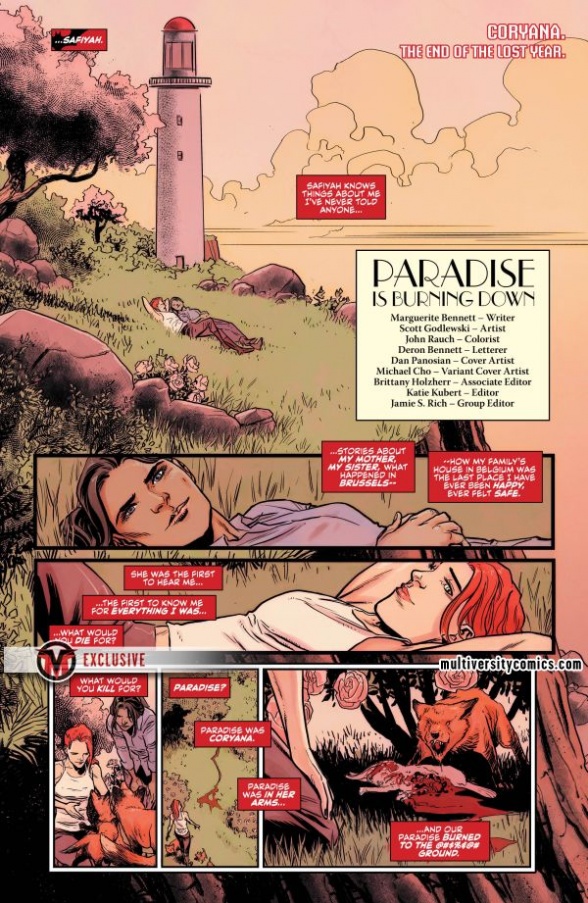 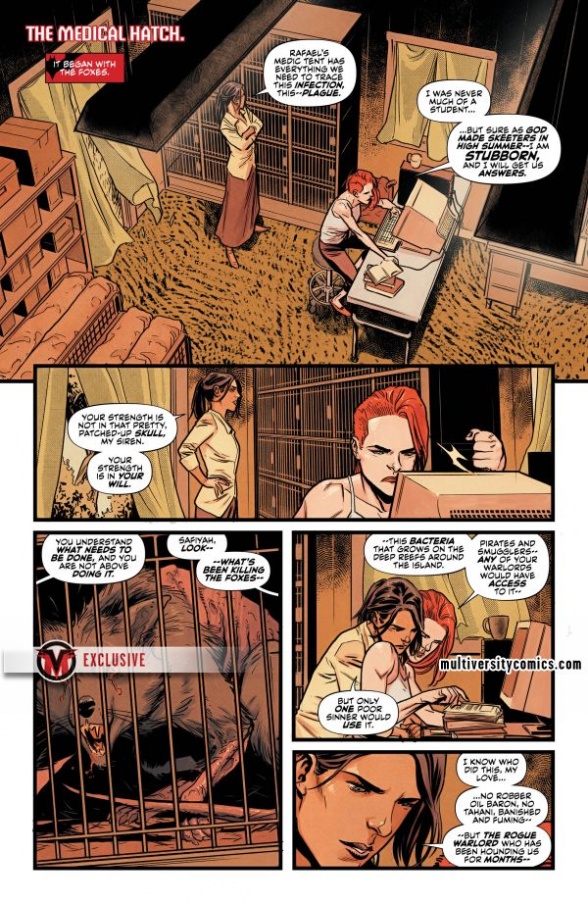 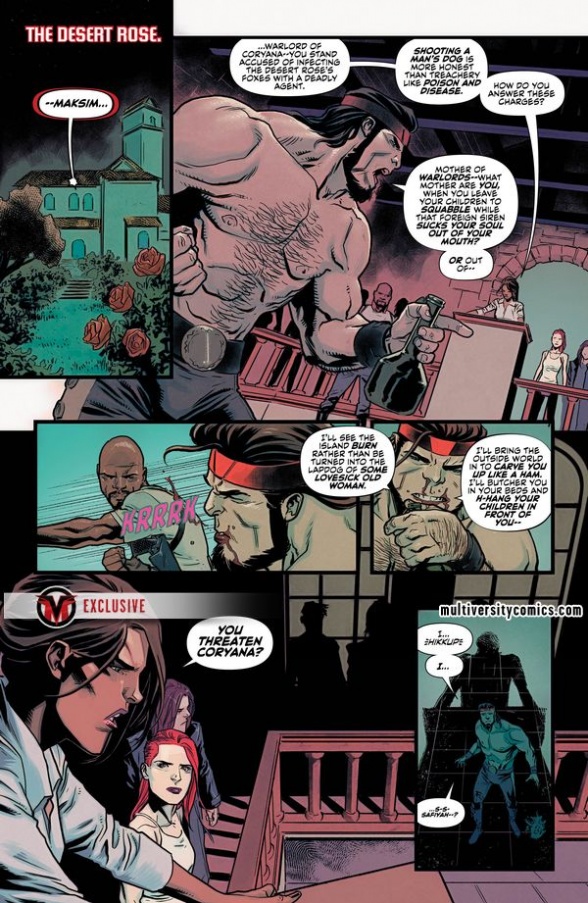 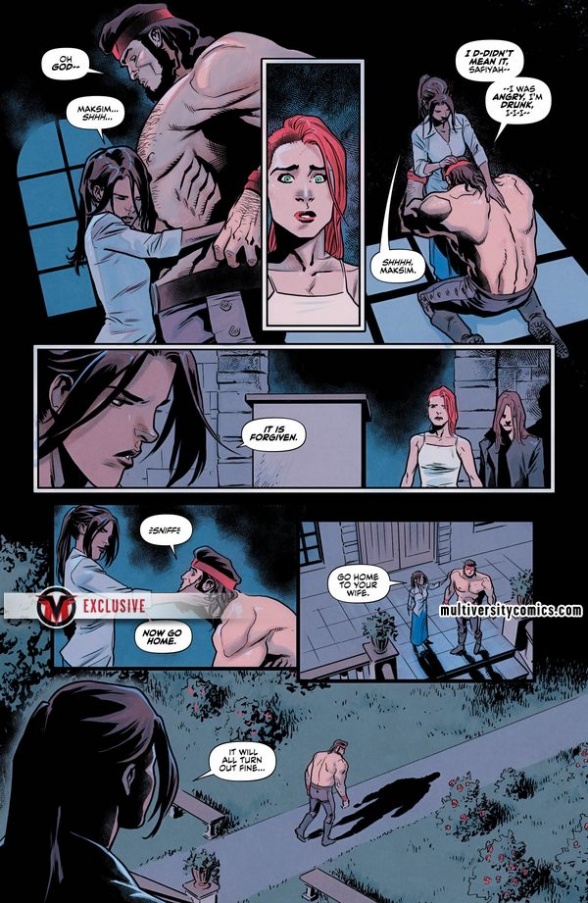 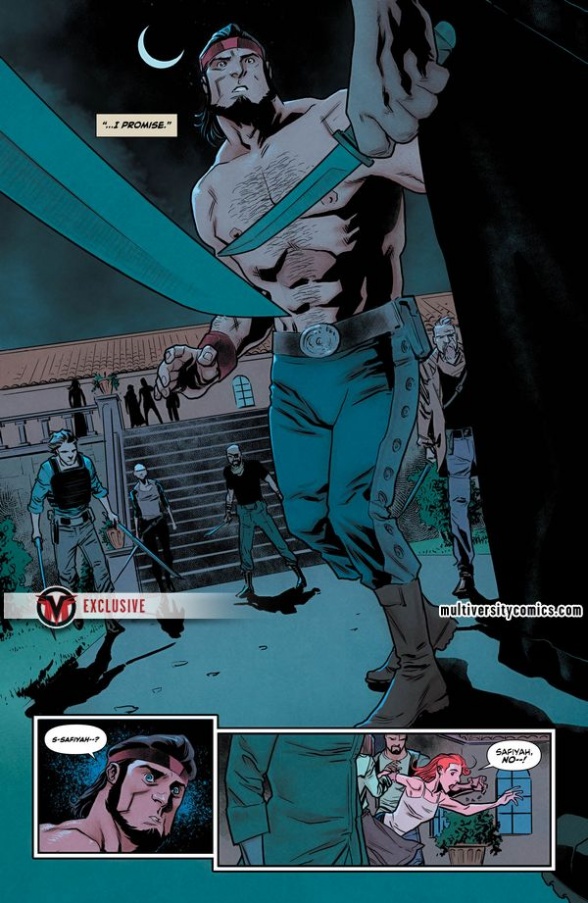