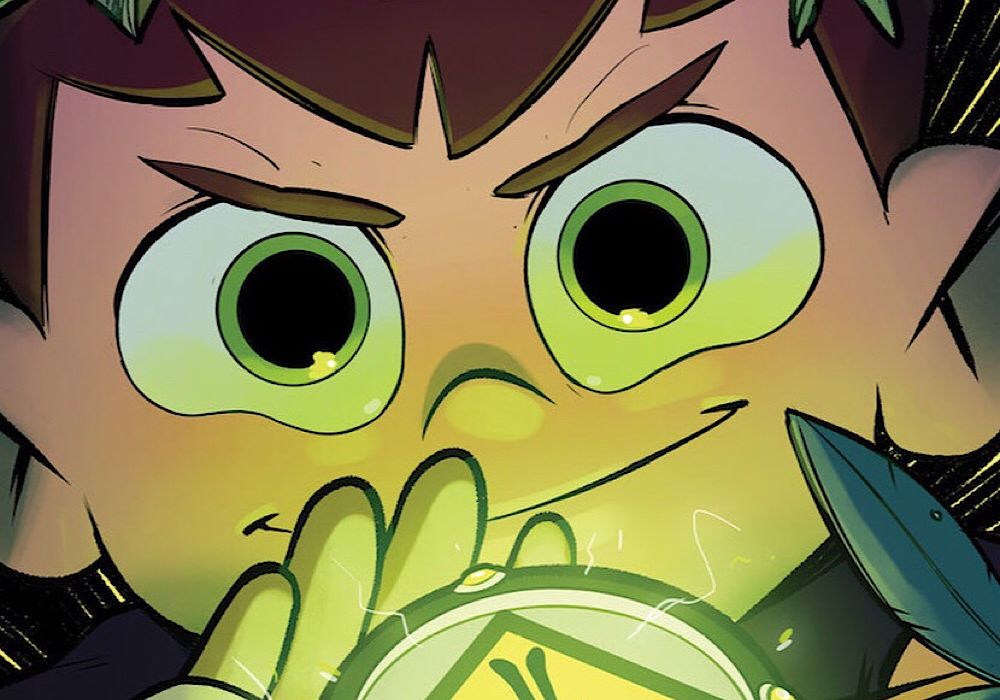 Writer CB Lee’s and artist Ling Chen’s first original “Ben 10” graphic novel, “Ben 10: The Truth is Out There,” isn’t out until March 20, but publisher BOOM! Studios have kindly provided us with a first look at the second book in the series, “Ben 10: For Science!” This entry, written again by Lee but now with art by Mattia Di Meo, will see Ben and Gwen Tennyson dropped off by their grandpa Max at a science camp – but if experience has taught the cousins anything, a new threat will likely arise, and they’ll need to call upon the power of the Omnitrix again. 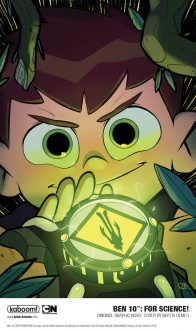 Ben and Gwen go undercover at the Stars Beyond Science Camp when rumors of a strange monster attacking kids reaches them. Despite his apprehension at doing science projects during summer vacation, Ben quickly makes a lot of new friends in the Robotics track. But when his friend Jesse’s robot goes missing, Ben and Gwen will have to use all the tools in their arsenal to deal with what comes next.

Thanks to BOOM! Studios for the preview, and be sure to pick a copy of the book when it hits stores in July. 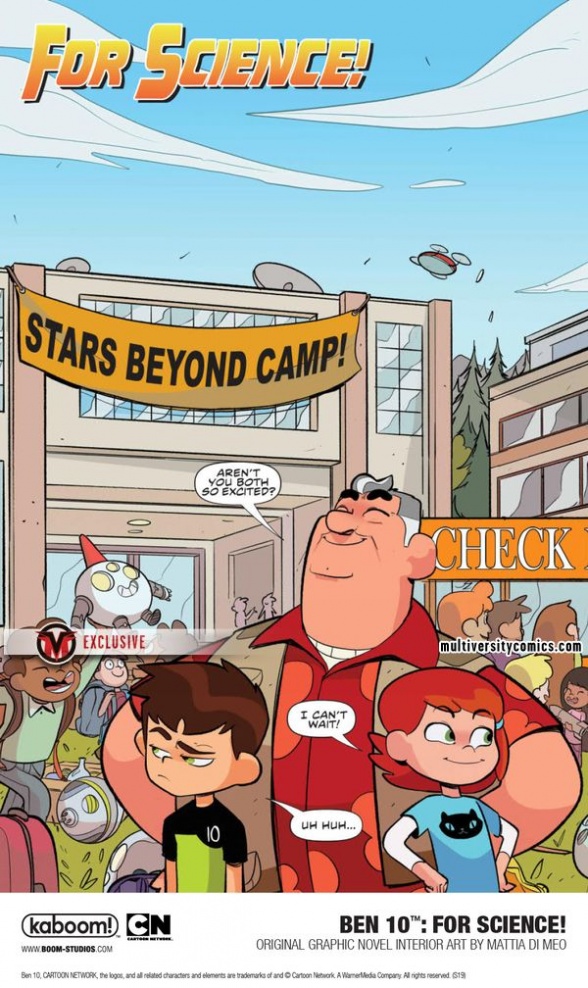 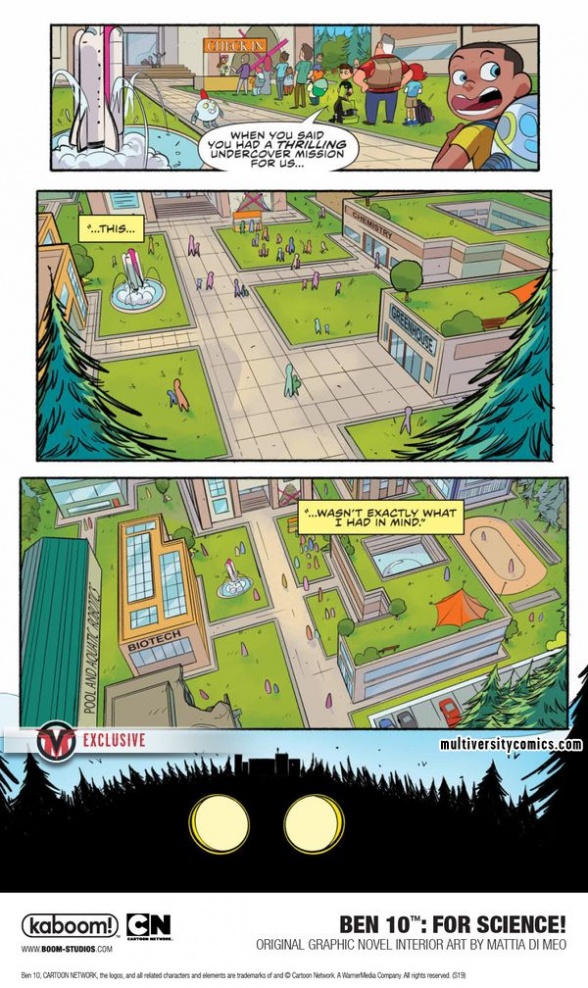 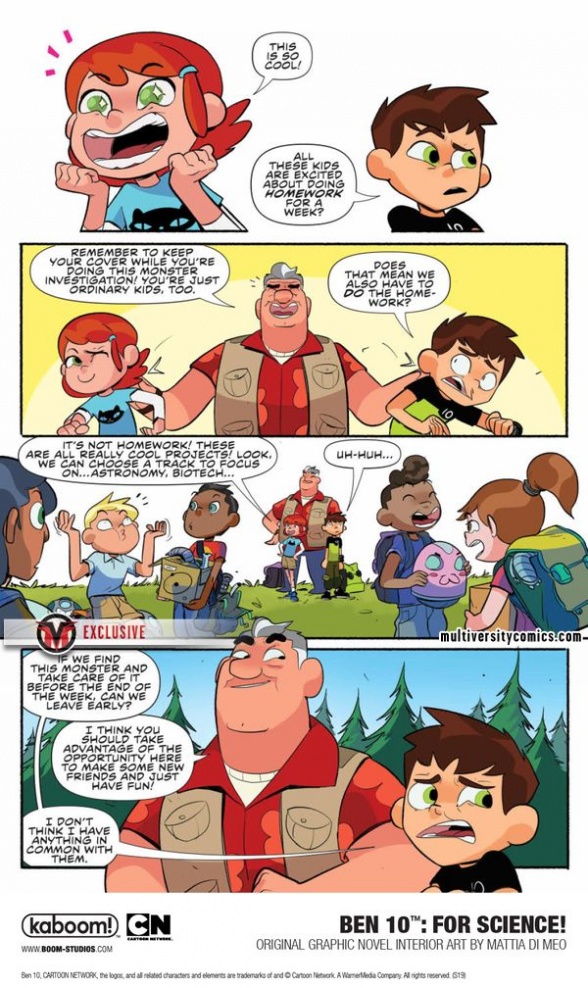 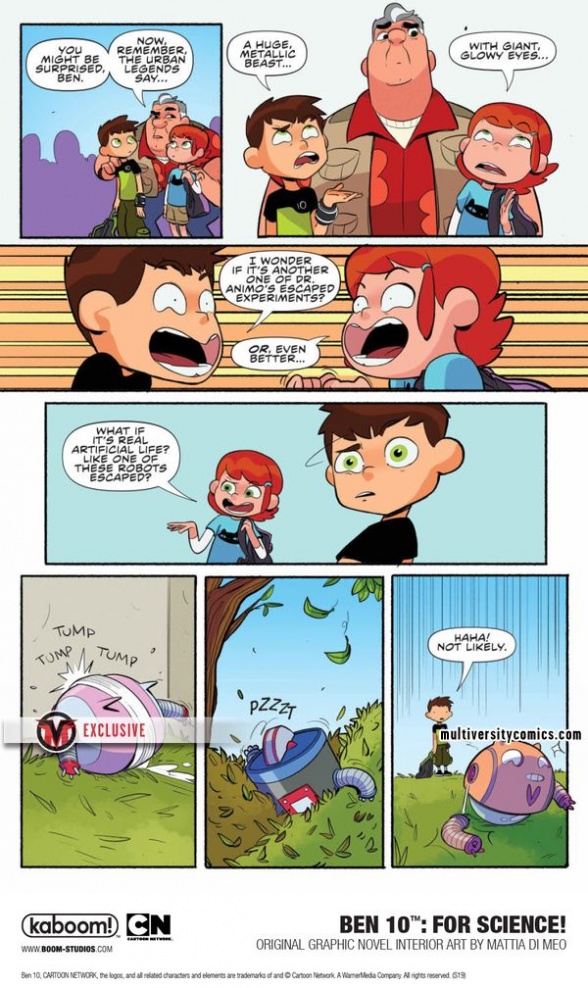 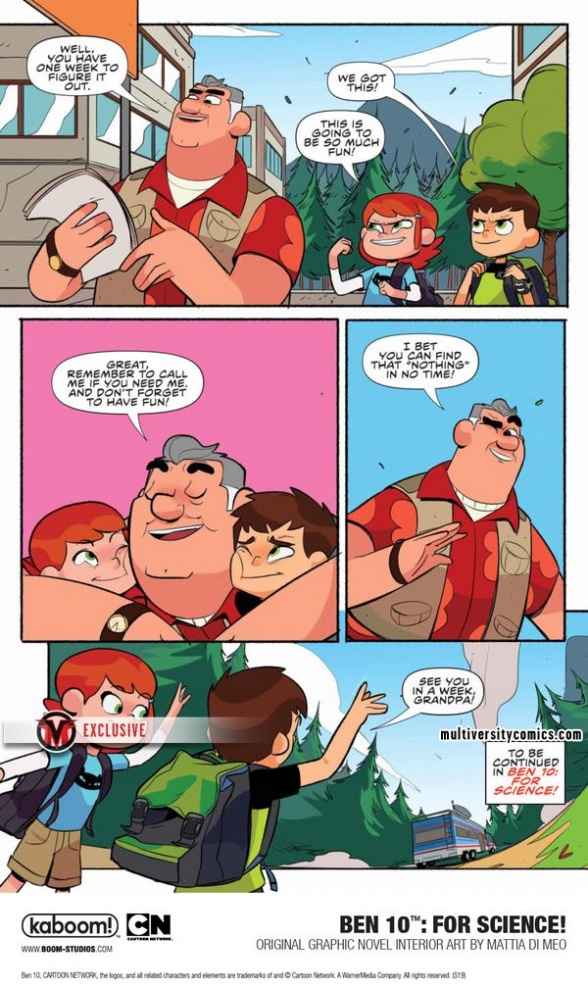