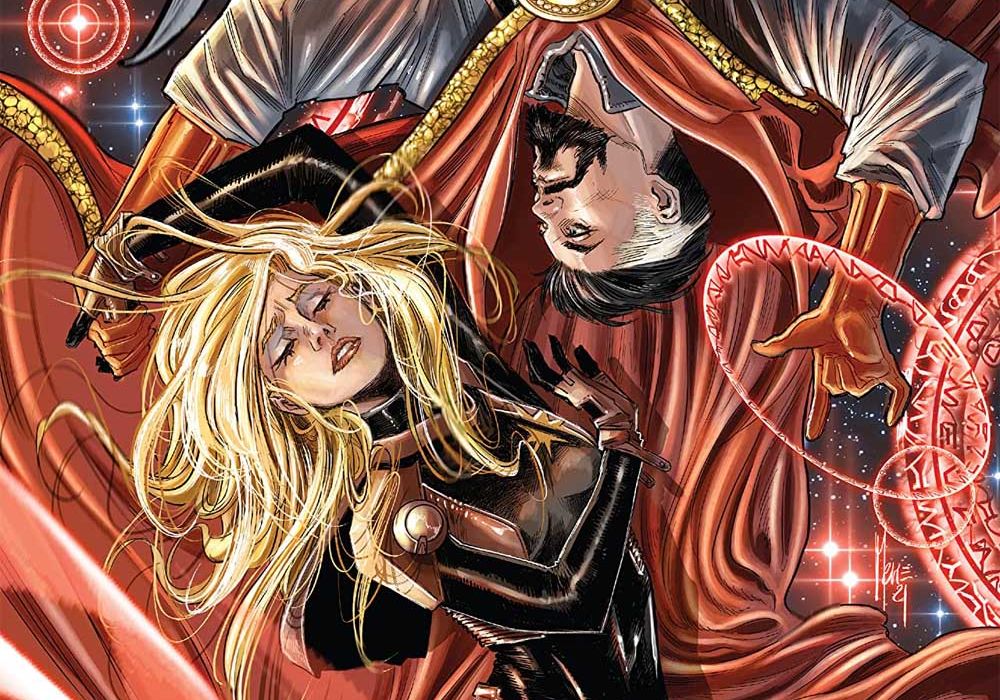 Captain Marvel’s recent dalliance with Doctor Strange in her own title has been, well, weird — after hooking up in issue #27 a few months ago, Carol tried to persuade the good doctor to teach her magic, to prevent a terrible future ruled by Namor and Amora the Enchantress’s son, Ove. However, Stephen felt it was dangerous to have Carol overcome one of her few weaknesses, so she has decided to ask for the help of Amora herself. We are pleased to present an exclusive preview of their meeting in the next chapter, out Wednesday. 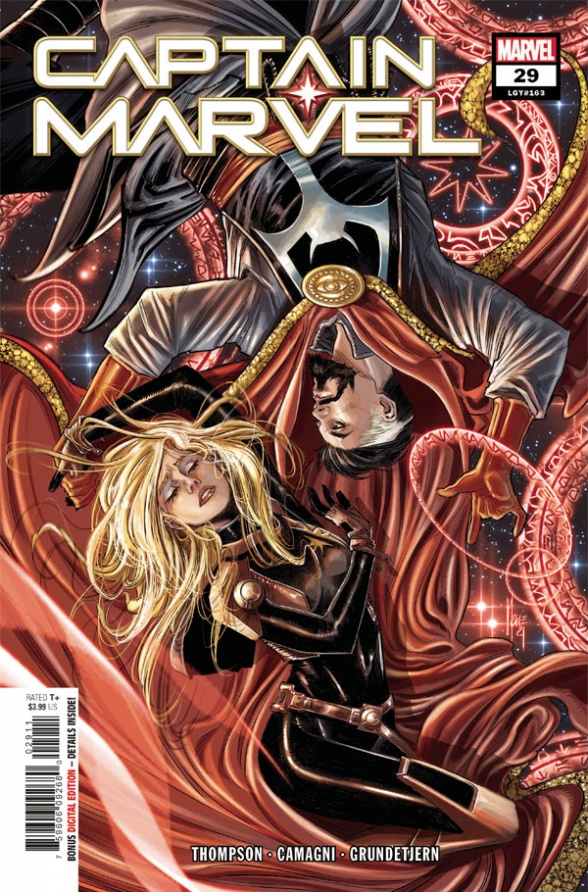 Haunted by a doomed future, Captain Marvel is getting desperate. And that desperation is showing, both in who Carol enlists to help her and the secret she keeps from them as they embark on this adventure together. But Carol’s quest for magic continues, as she truly believes it’s the last hope to stop a dystopian future, even if every magic user she knows disagrees! 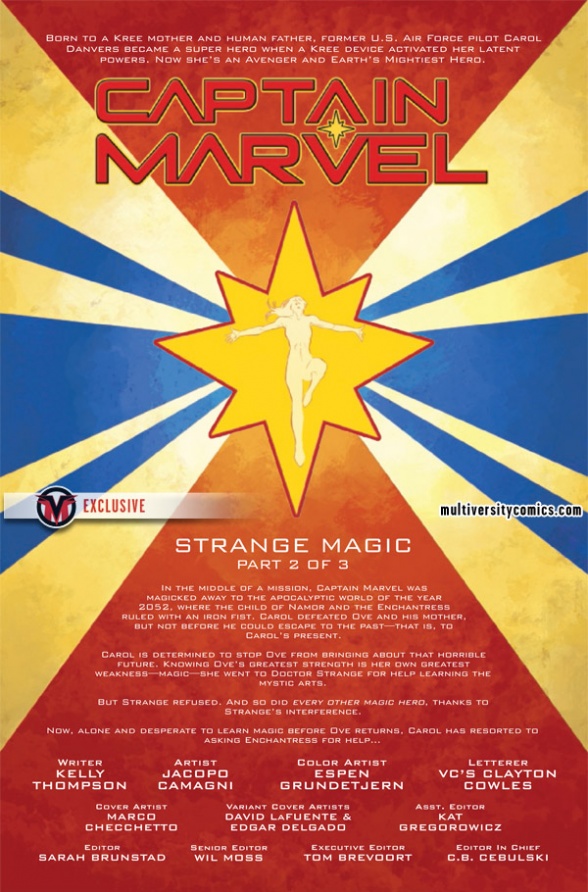 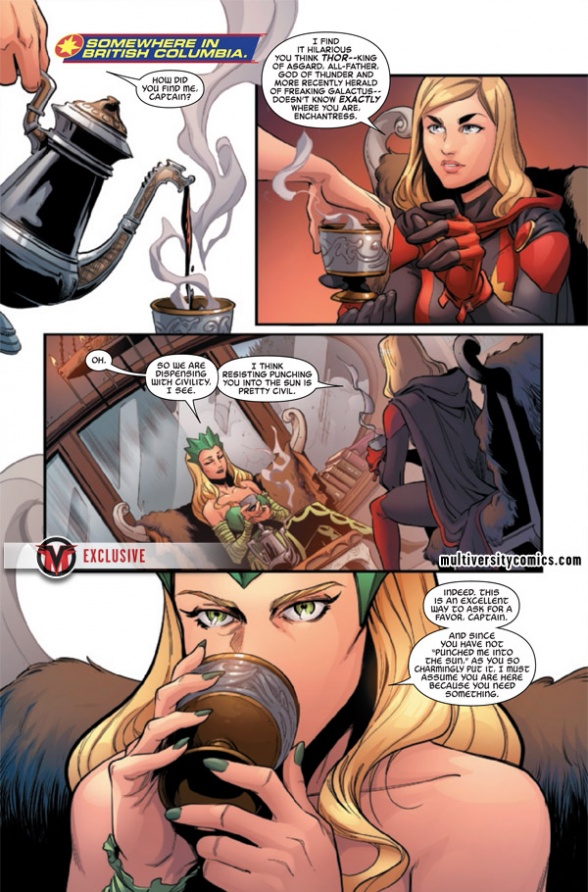 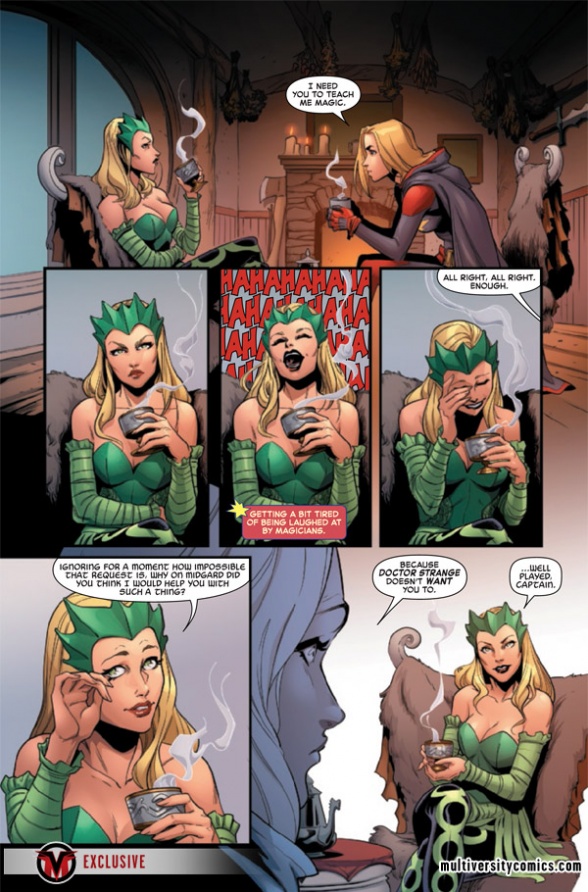 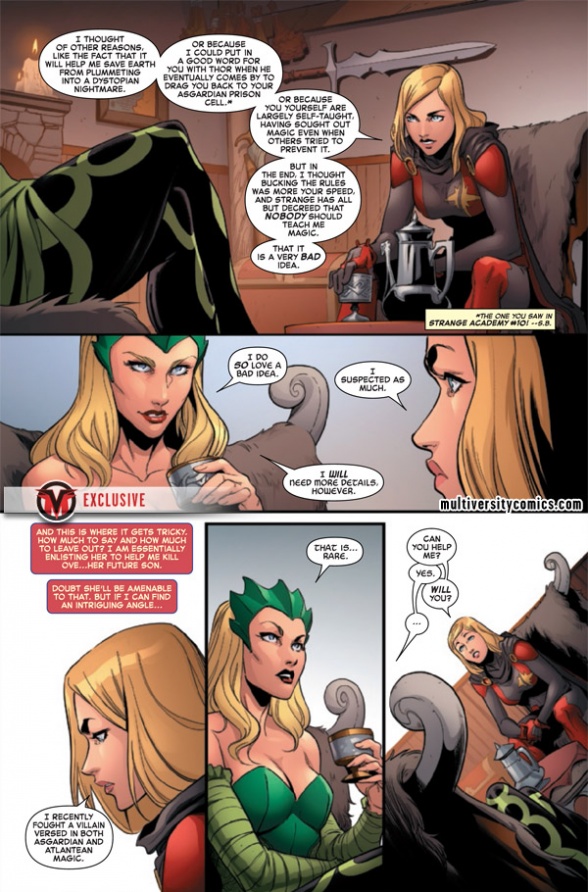