“Collapser” is one of the three titles announced for the second wave of ‘Young Animal,’ Gerard Way’s pop-up imprint. For “Collapser,” he turned to his brother/bandmate Mikey Way to co-pen this series about a DJ, anxiety, and black holes. Paired with co-writer Shaun Simon (“The True Lives of the Fabulous Killjoys,” “Art Ops”) and artist Ilias Kyriazis (“Secret Identities,” “Dirk Gently’s Holistic Detective Agency”), the book is part sci-fi, part personal examination, and part progressive comic booking. As you may be able to guess, those are three great tastes that taste great together! We are thrilled to share an exclusive first look at the issue, which hits stores on August 14th. 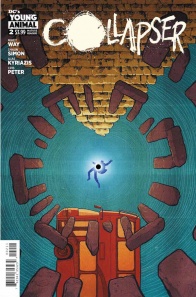 Following the occupation of his chest by a sentient black hole, Liam James’ anxiety disorder is further exacerbated when he accidentally destroys Stonehenge, among other irreplaceable wonders of the world. 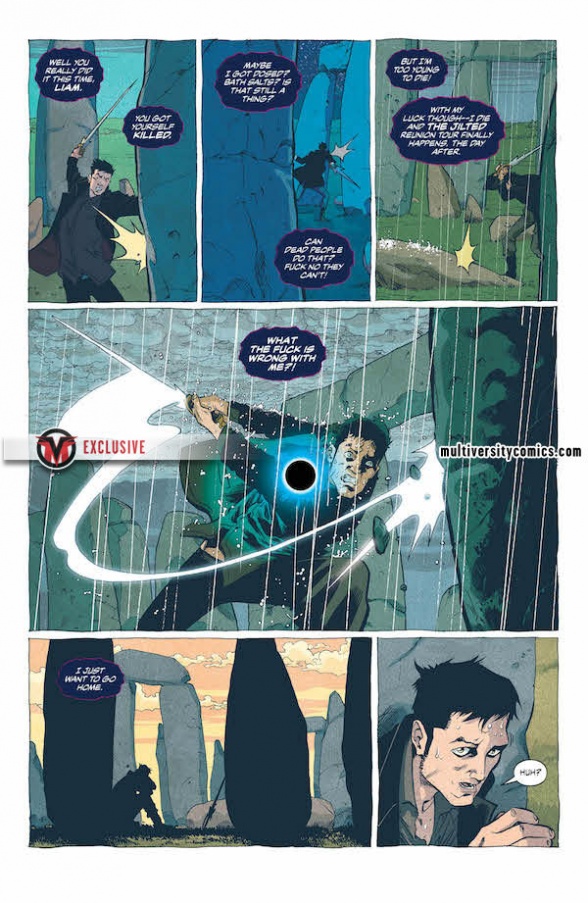 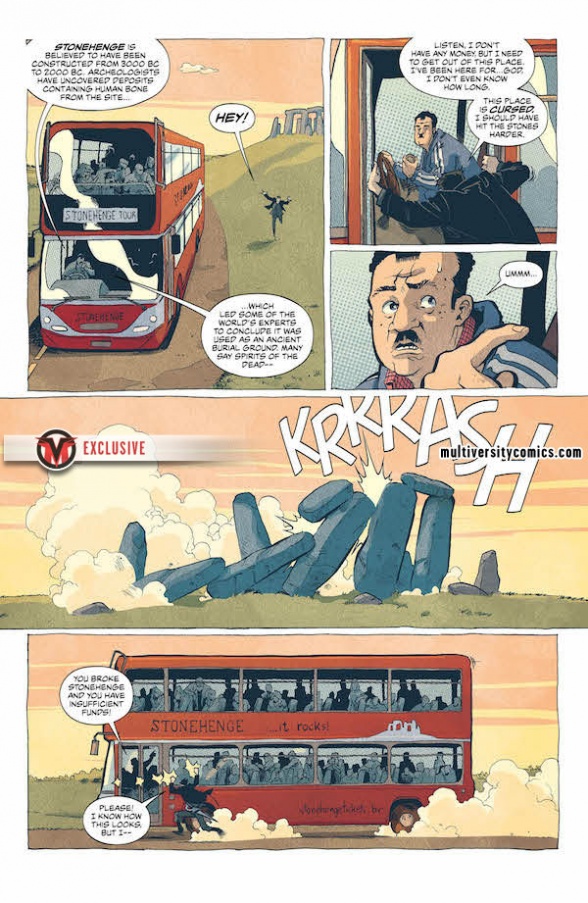 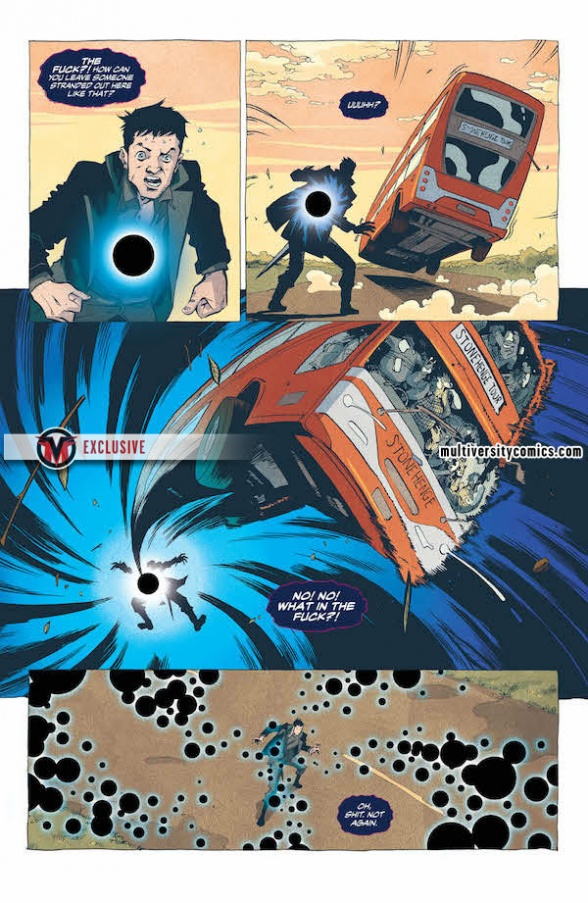 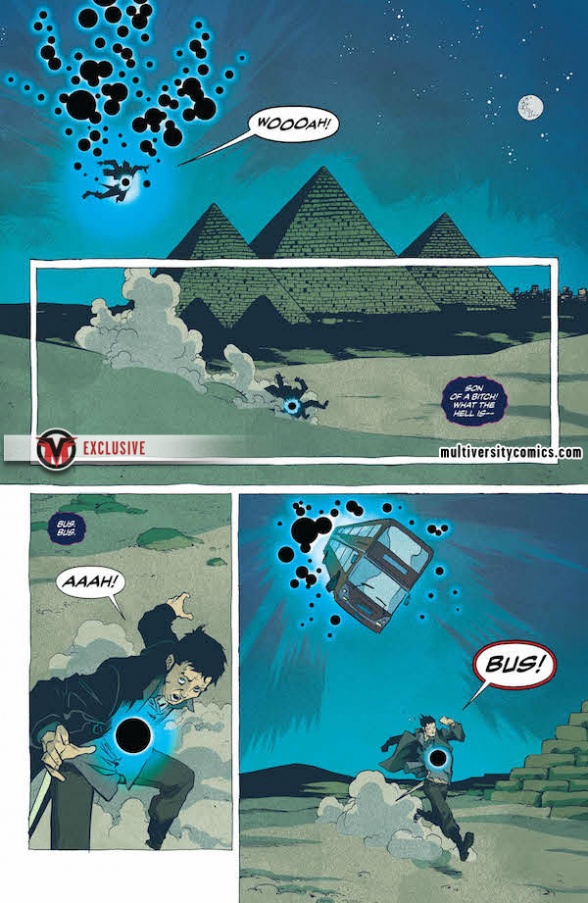