It is no secret that, around these parts, we are pretty huge fans of “Dark Nights: Metal.” We recently had writer Scott Snyder on the DC3cast talking all about the book and what his plans were for the rest of the series. He specifically mentioned a scene with Damian Wayne and Wonder Woman that had us all in stitches. Whether it be coincidence, some great planning, or some ancient secret hidden away for years and years, we are thrilled to share that scene, along with the first five pages of “Dark Nights: Metal” #2 with you today.

These pages are such a wonderful trip through DC history – whether it is bringing back Superman’s space-breathing apparatus (like on the cover of 1989’s “Superman” #28), Green Arrow visiting Gorilla City, the House of Mystery showing up, or the overwhelming sense of swashbuckling fun and comic book madness that just drips off of this book. It’s so much fun, and we are so glad to share this exclusive first look, almost a full week ahead of its September 13th release date. 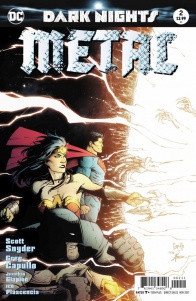 As Superman and Wonder Woman hunt for a missing ally, Batman investigates a mystery spanning centuries. When the World’s Greatest Detective discovers a foe even greater than the Justice League could possibly imagine, will Earth’s heroes be ready?

Thanks again to DC for the preview, and make sure to grab the book next week! 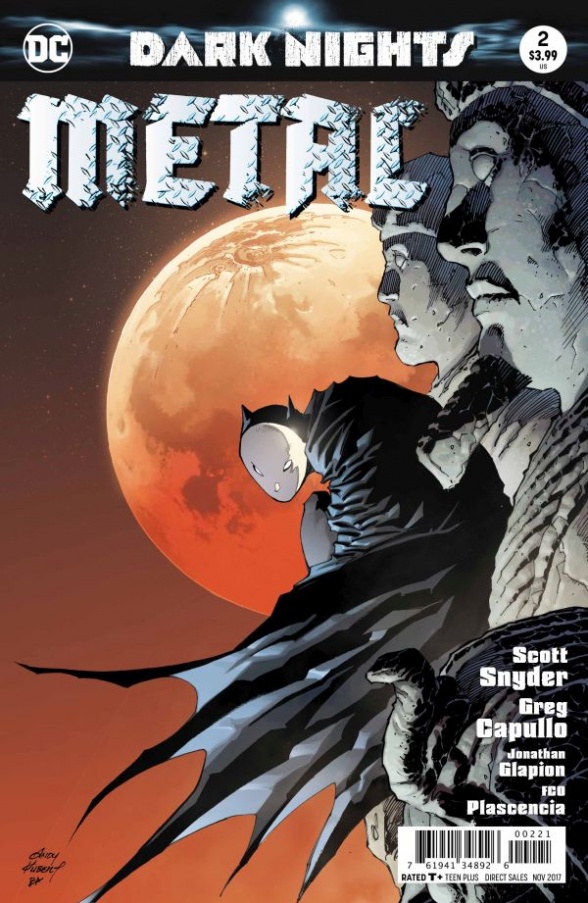 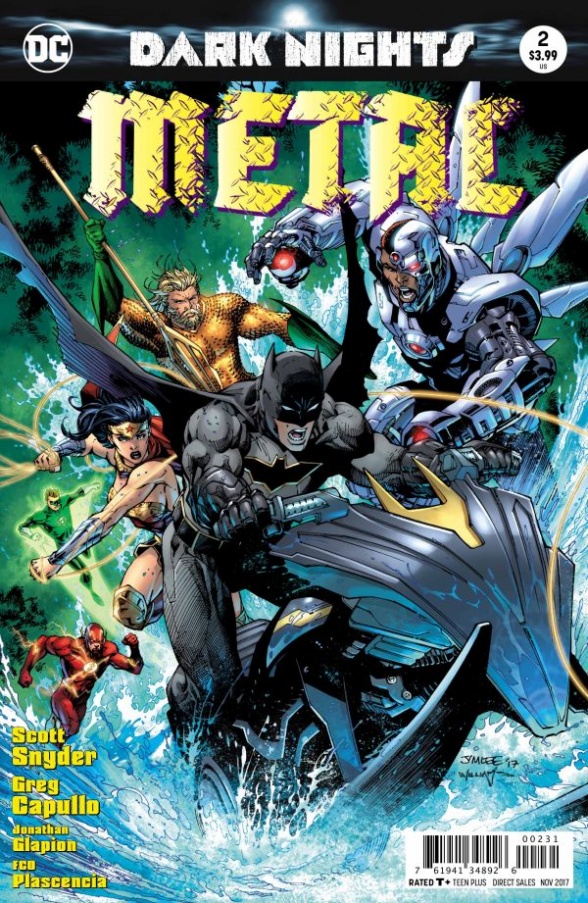 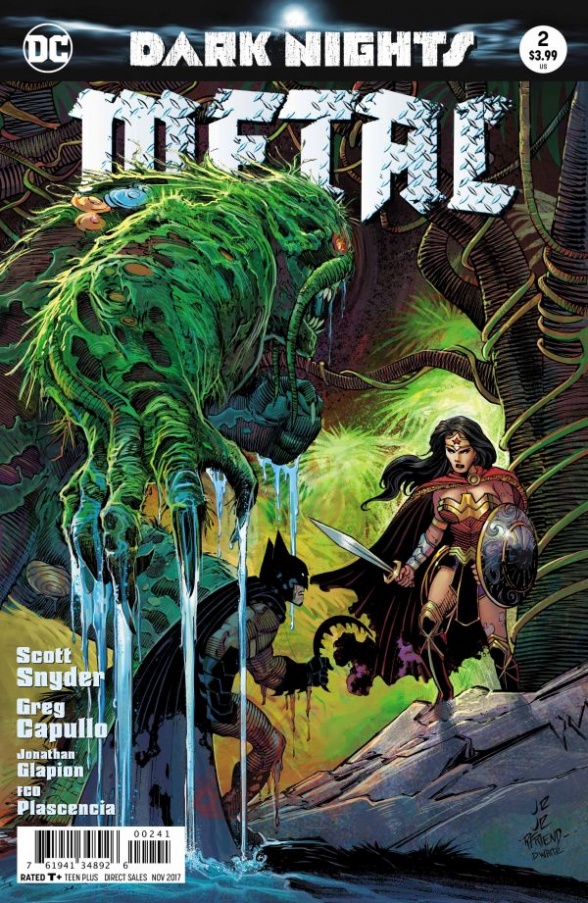 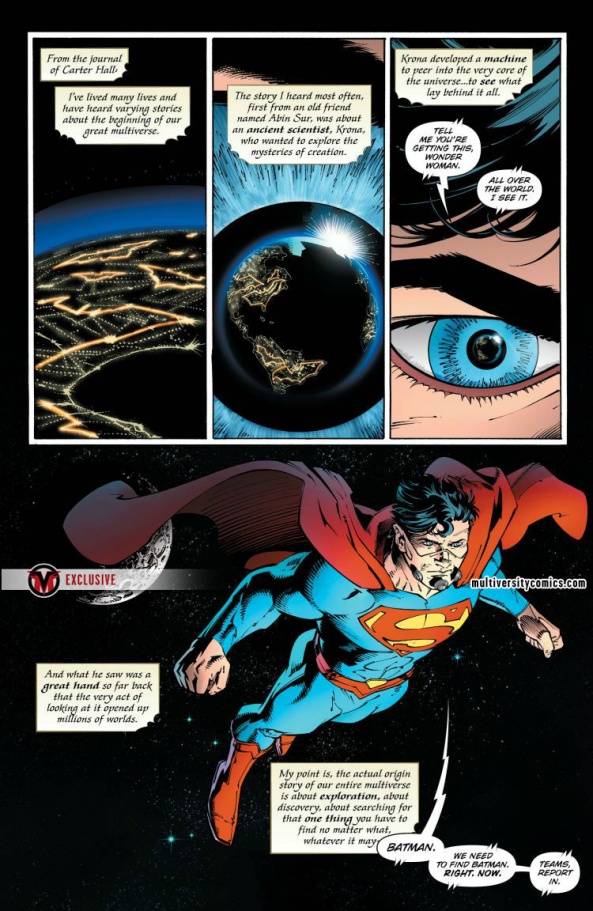 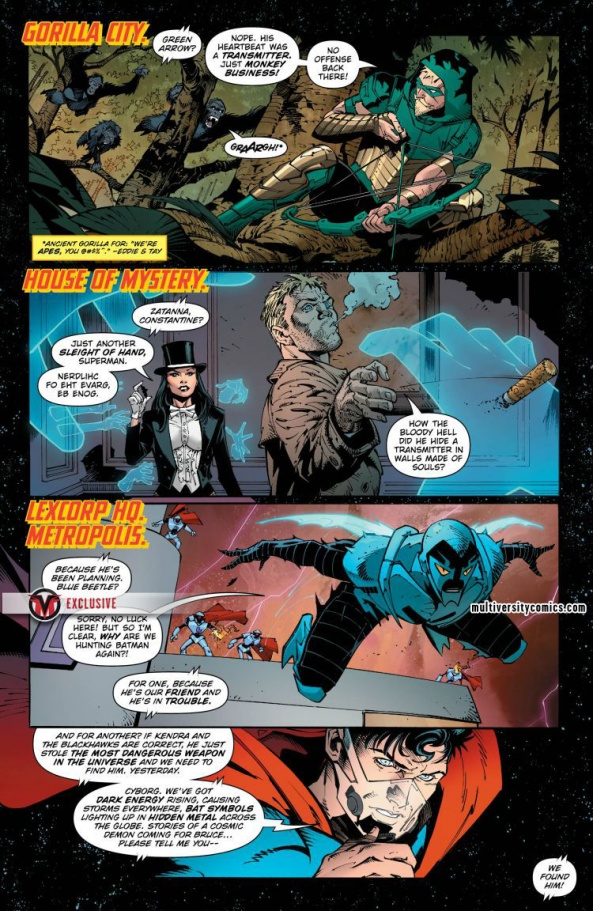 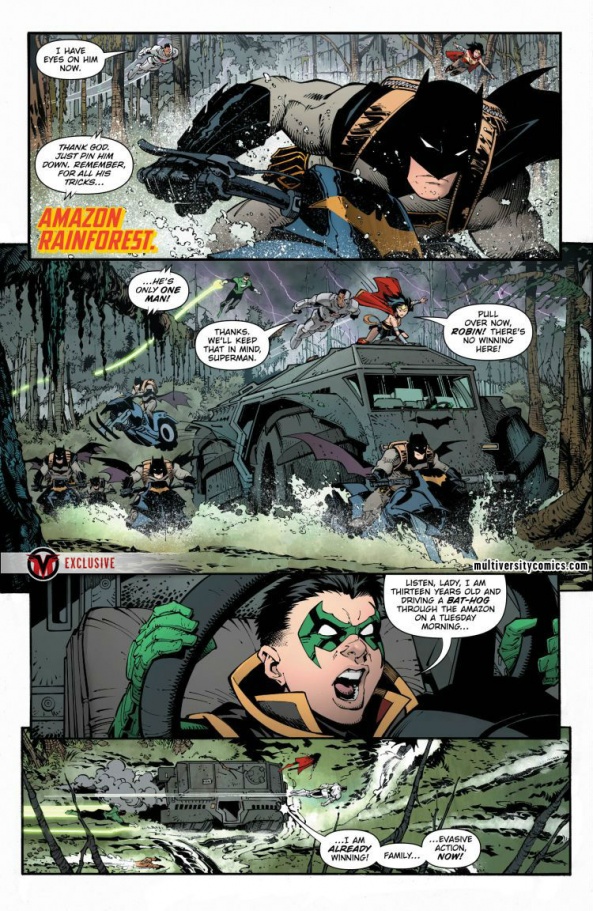 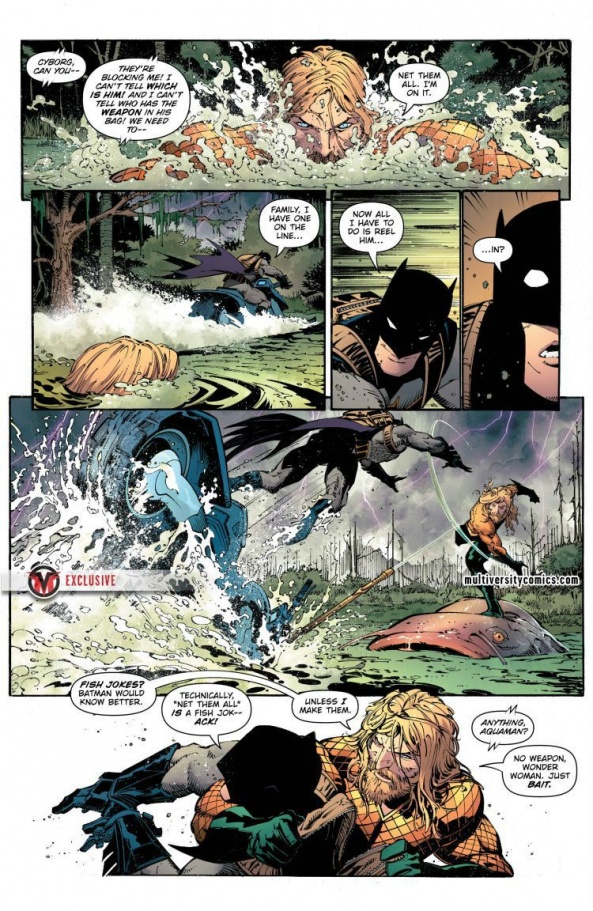 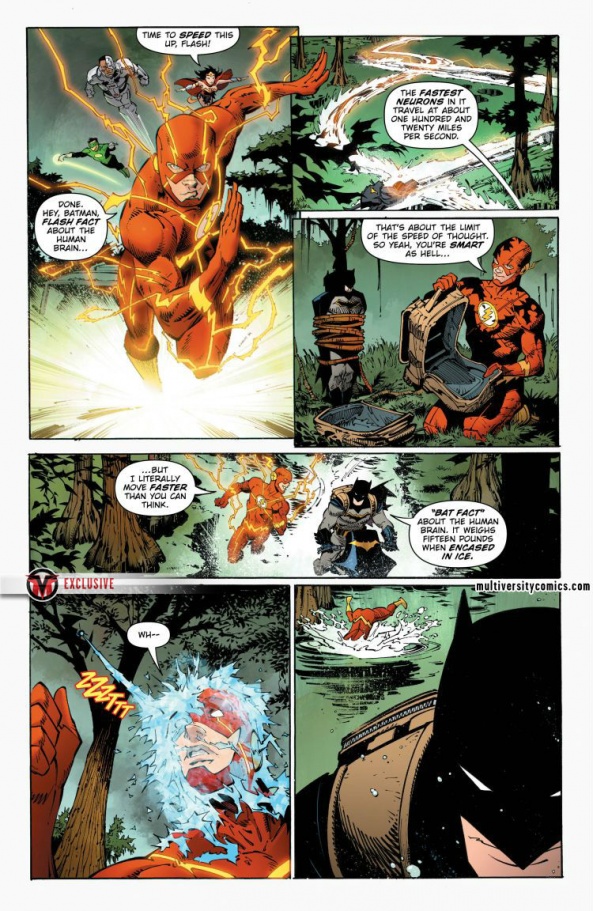