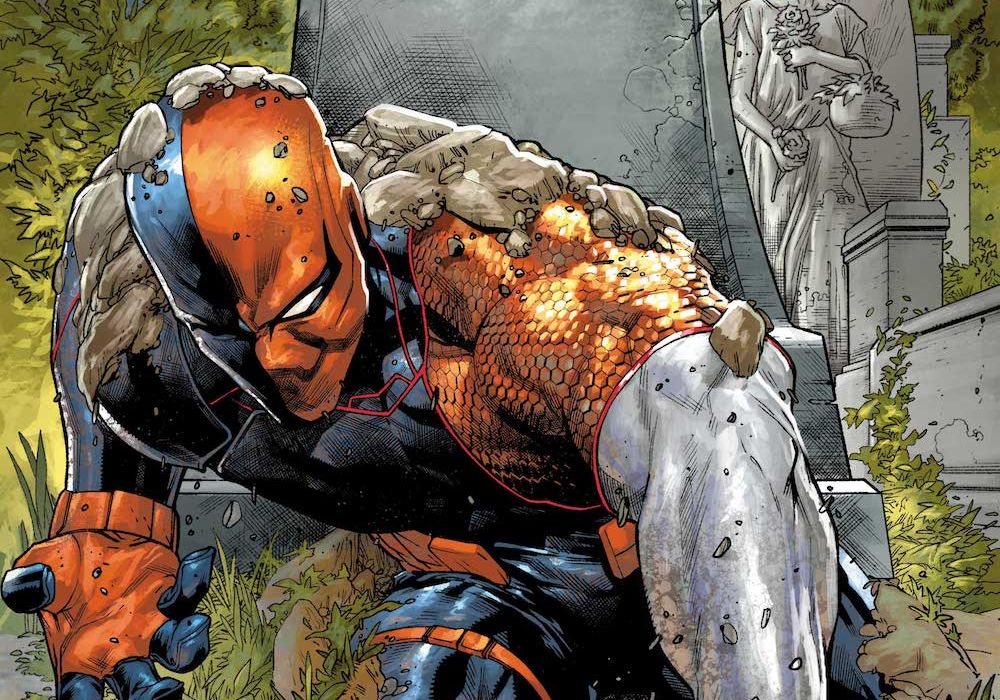 In my humble opinion, “Deathstroke” has been DC’s most consistently great title in the ‘Rebirth’ era, if not for the entirety of the decade. Under the pen of [Christopher] Priest, Slade Wilson has become an even more intriguing character with a great supporting cast. The book is rife for the omnibus/deluxe hardcover treatment down the road, but before then, we’ve got an exclusive first look at the penultimate issue, #49, due out on November 6.

Having ascended to near godhood, Jericho must confront his father, with the lives of his mother and sister hanging in the balance. Does Deathstroke stand a chance against such power? And is there any humanity left inside Jericho? 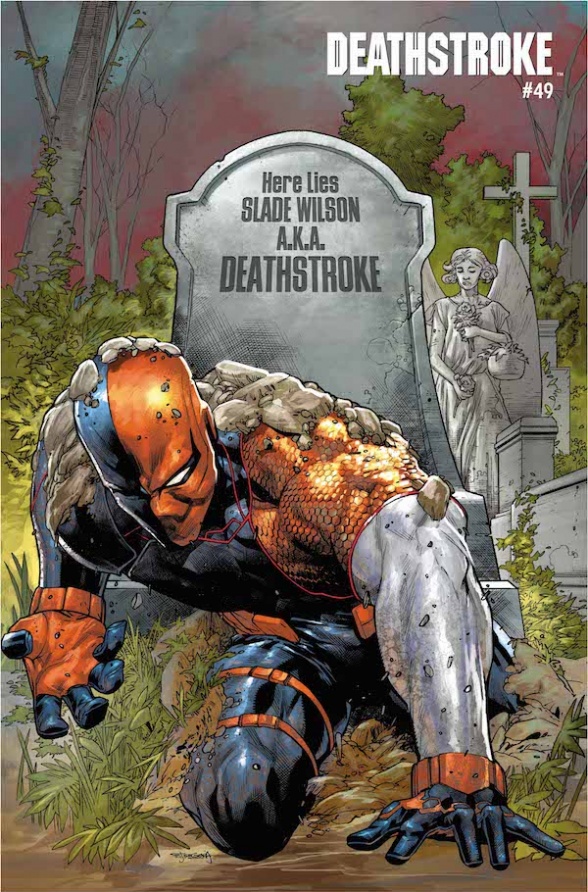 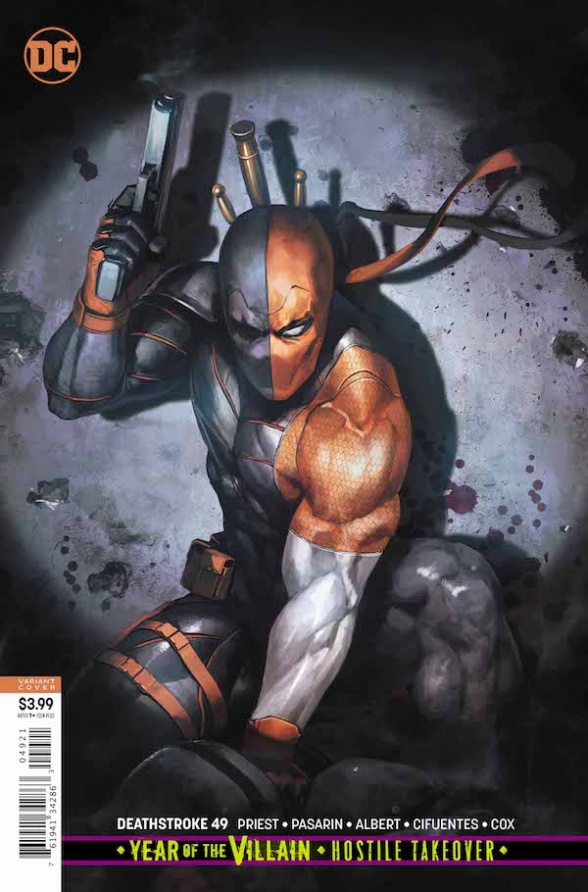 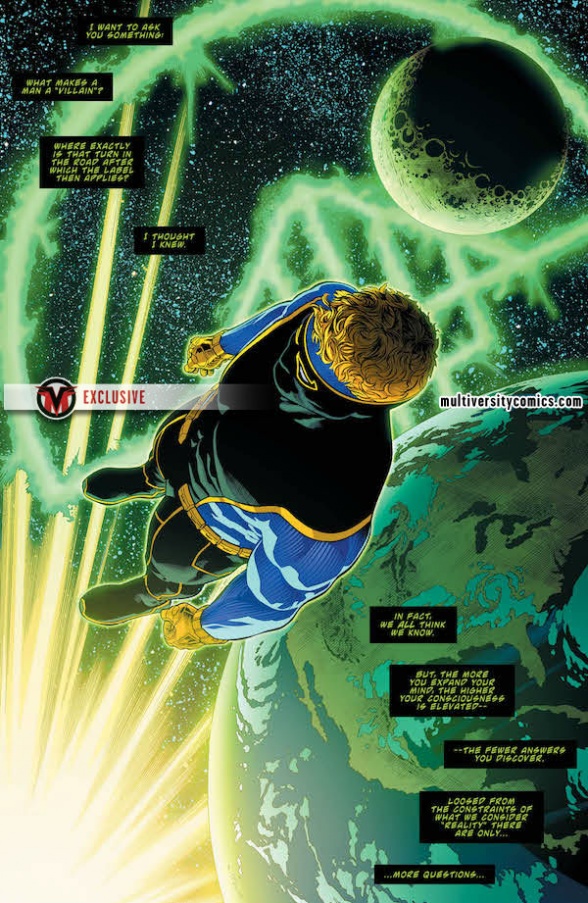 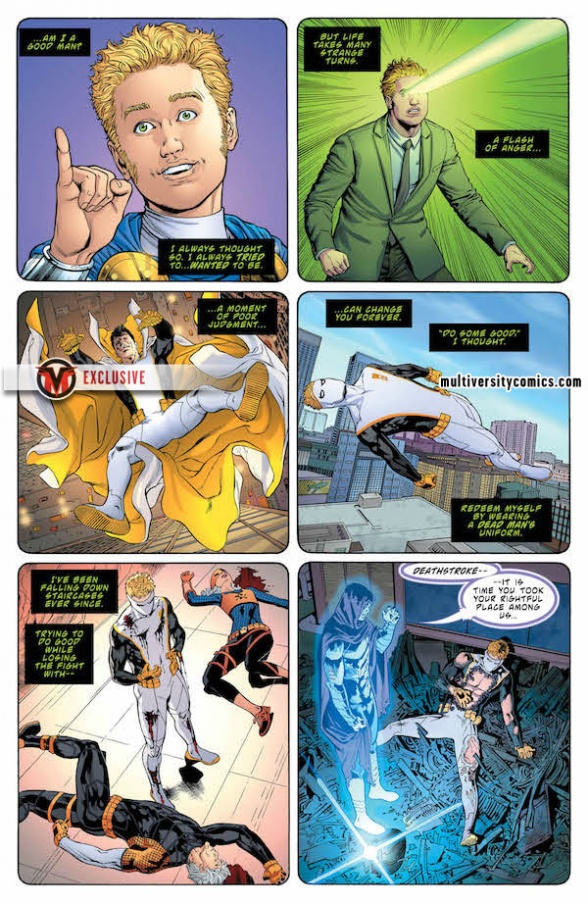 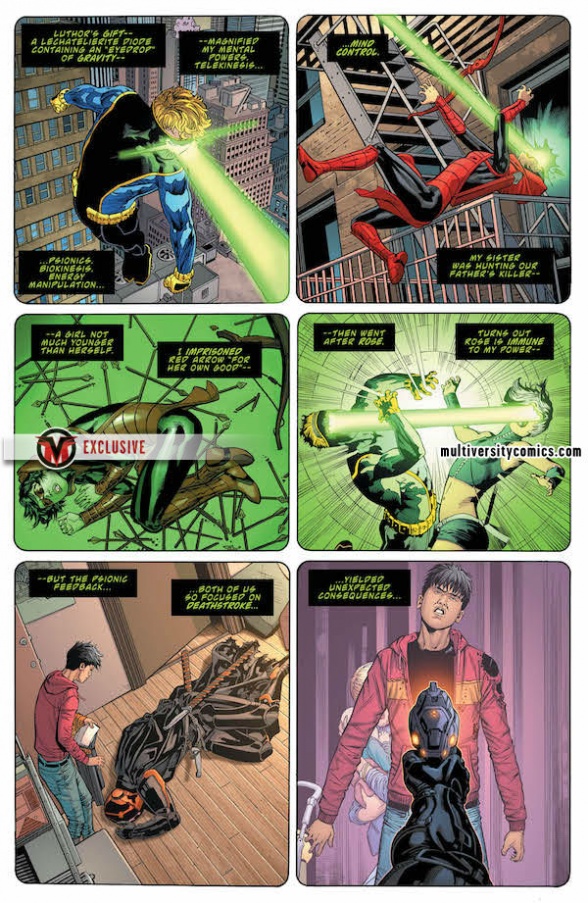 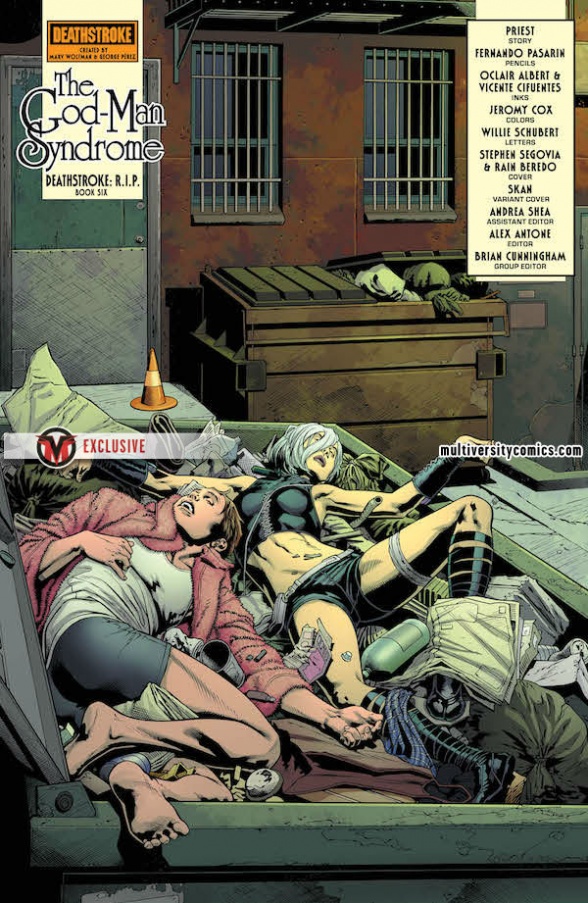