Tom Taylor has been, over the past half-decade or so, establishing himself as one of the most exciting writers in all of comics. He’s also been doing more and more at DC, and has been, routinely, knocking it out of the park. And so, seeing his name on an issue of “Detective Comics” is a treat. We’re thrilled to share an exclusive look at the issue, a done in one story illustrated by Fernando Blanco, which hits stores on December 11.

In the dead of winter, a child has gone missing from the Martha Wayne Orphanage in Gotham City…and the bearer of the Wayne family name is on the case. But to solve this mystery, Batman must turn to another bearer of the Wayne family name, his estranged son Damian, to hit the night skies as Batman and Robin once more. Can father and son put aside their differences to rescue the missing Miguel Flores? And what other dark turn is in store for the duo on their journey into the night? Don’t miss this special tale by guest writer Tom Taylor! 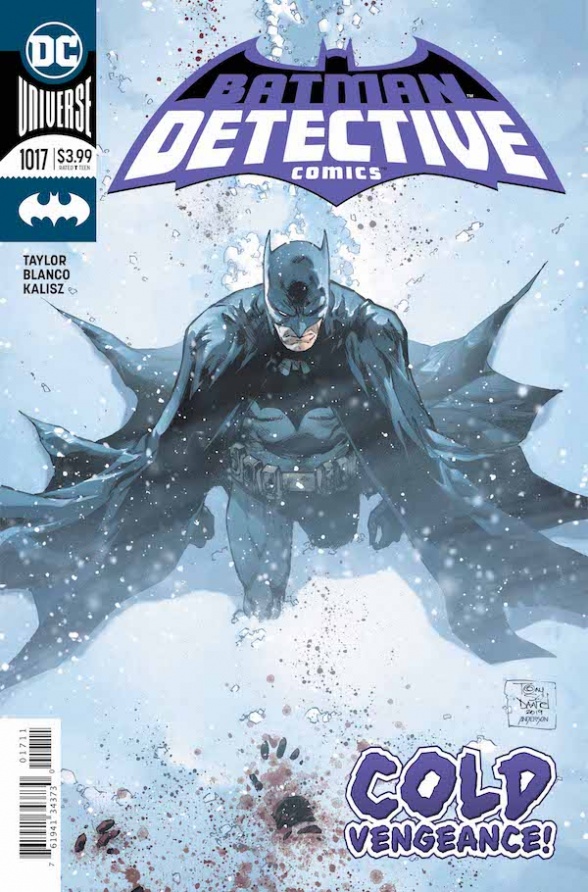 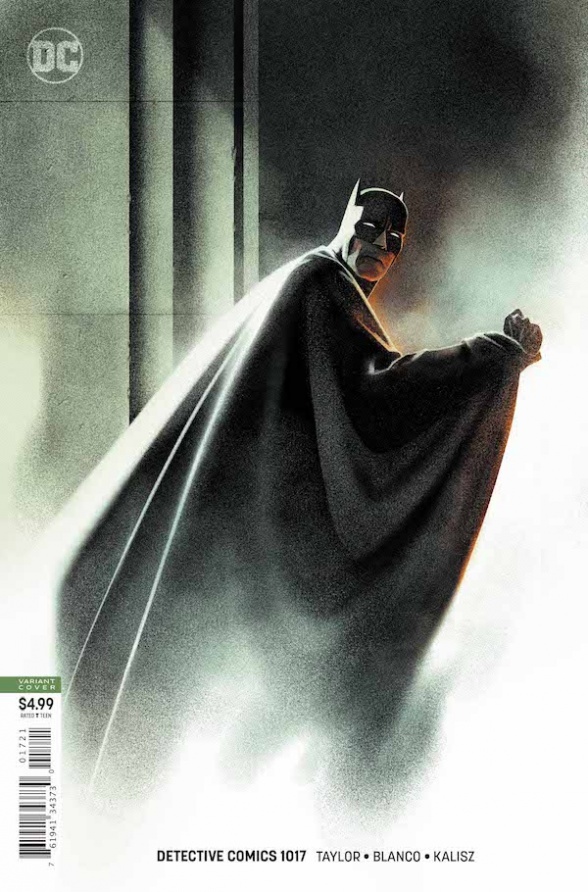 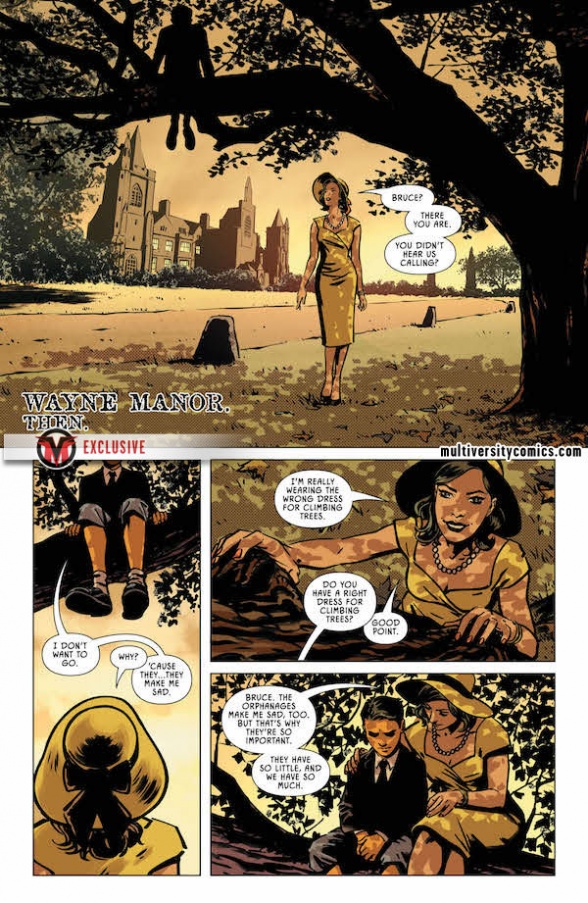 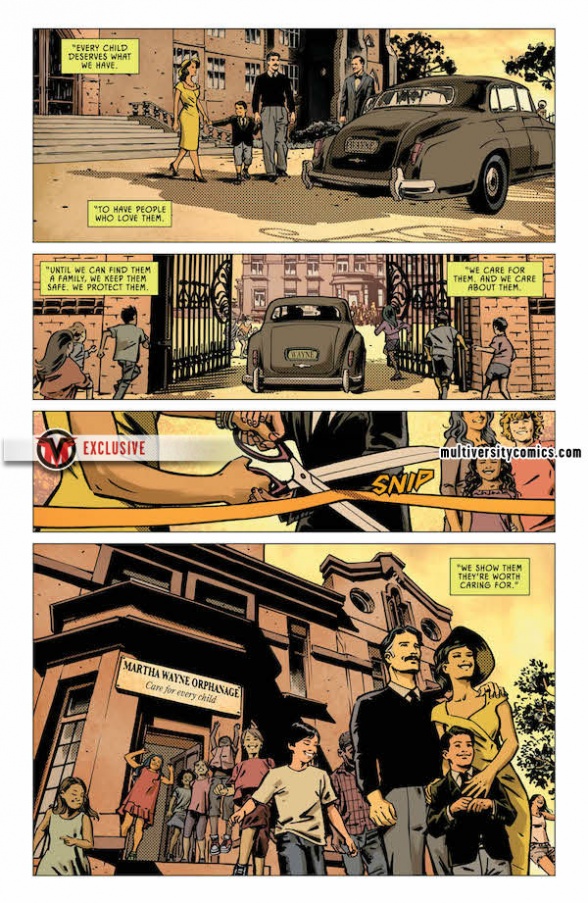 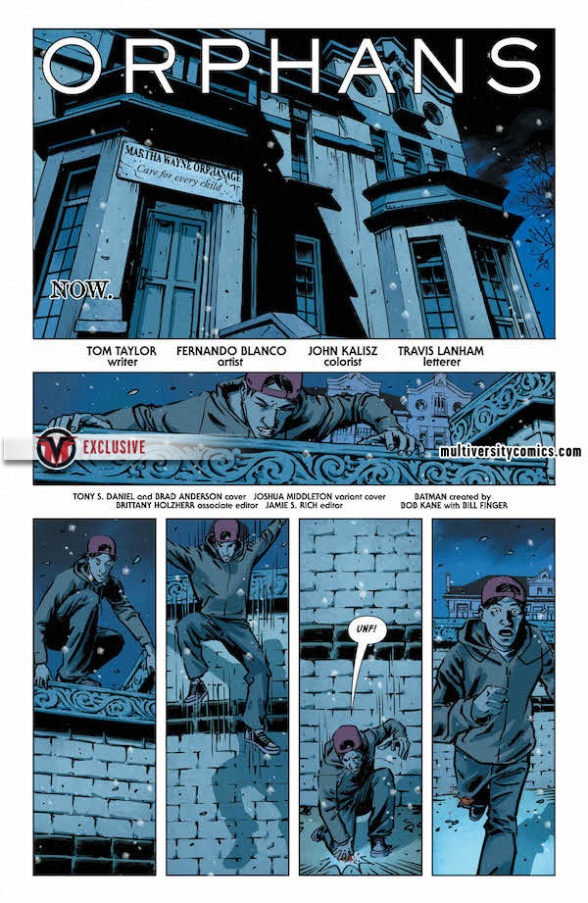 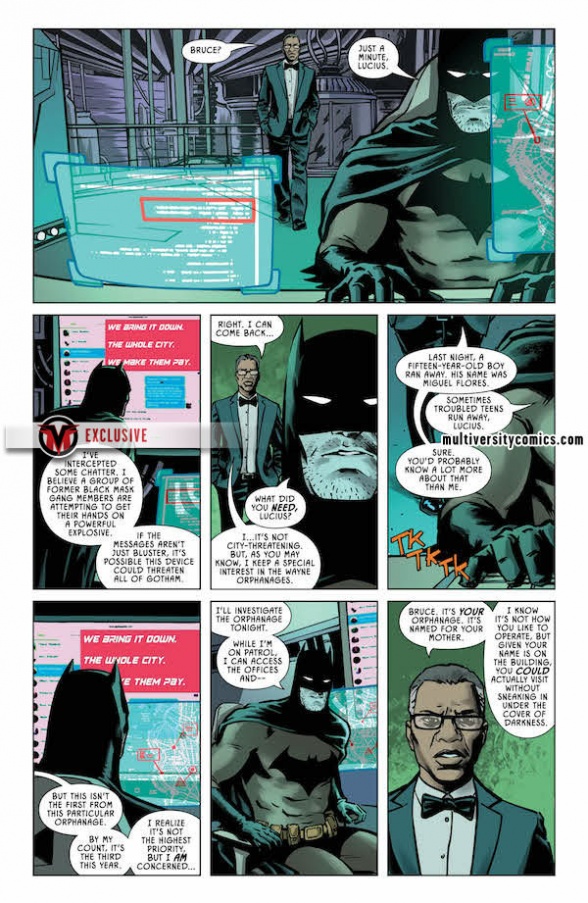 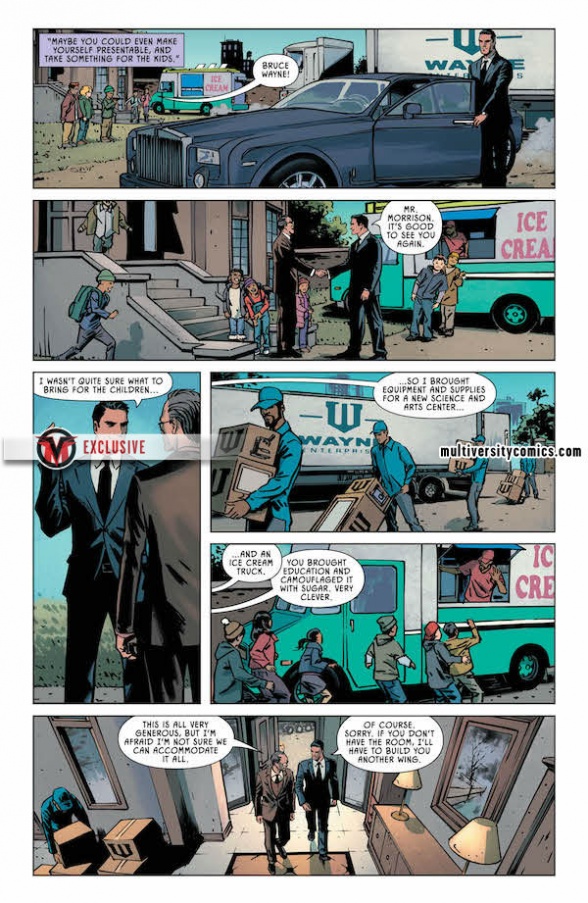 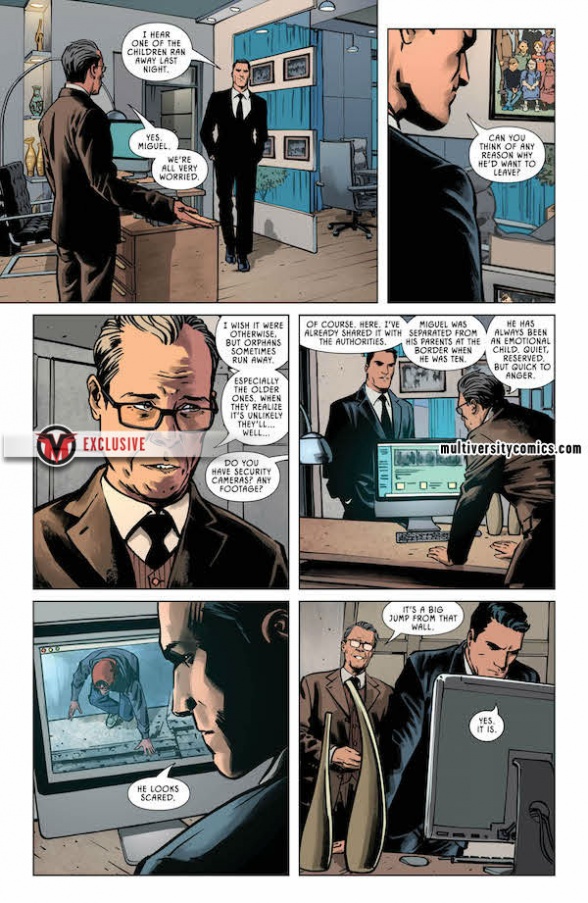