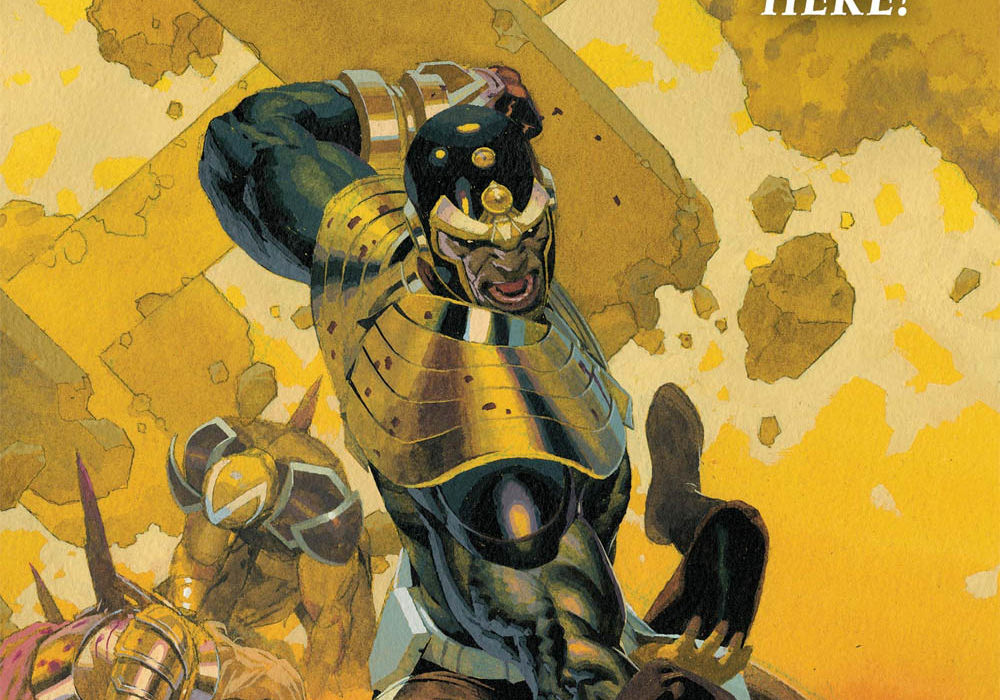 Kieron Gillen and Esad Ribić’s epic “Eternals” run is ending next week, thanks to Avengers/X-Men/Eternals crossover event “A.X.E.: Judgment Day,” which will keep Gillen preoccupied along with “Immortal X-Men,” and the tie-in mini “A.X.E.: Death to the Mutants,” until the end of the year. In the meantime, we are pleased to share the preview of the final issue, which continues the build-up to the upcoming conflict as the Eternals duke it out with Earth’s Mightiest Heroes over Avengers Mountain, and Thanos comes ever closer to his dastardly goal of silencing the book’s endearing narrator. 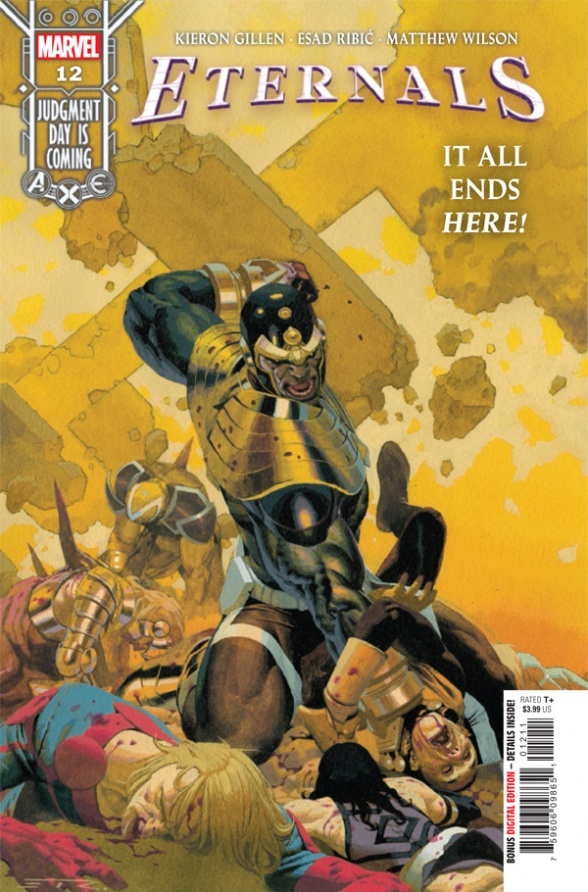 Thanos makes his final moves to destroy our world. Can the Eternals settle their differences with the Avengers in time to do anything about it? 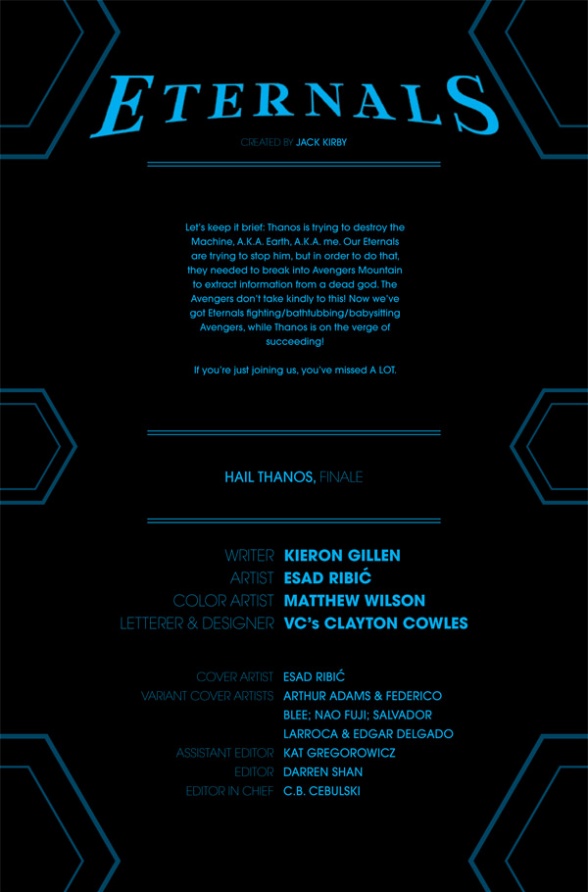 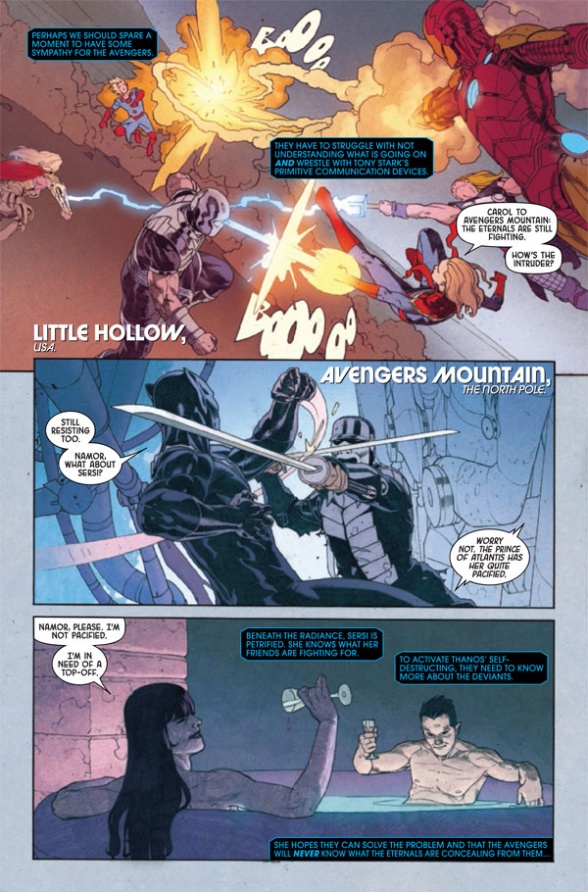 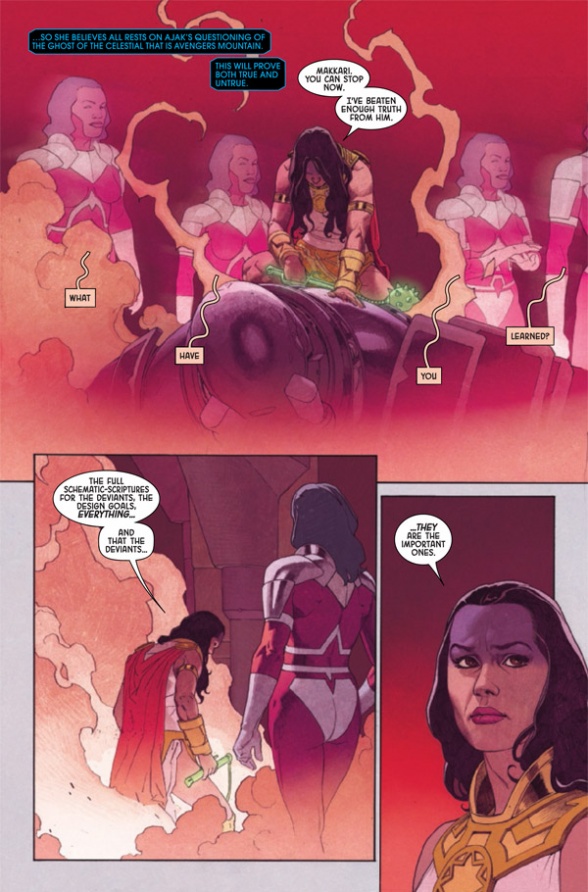 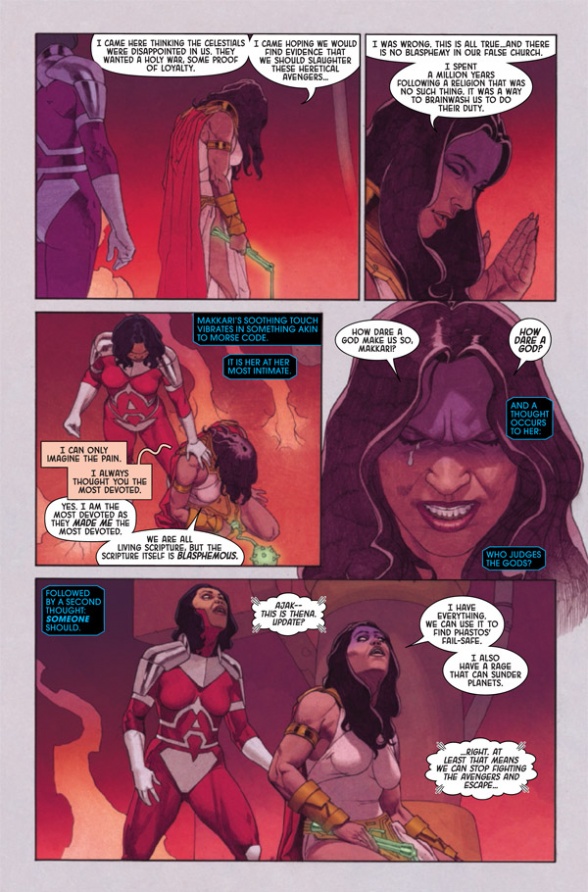 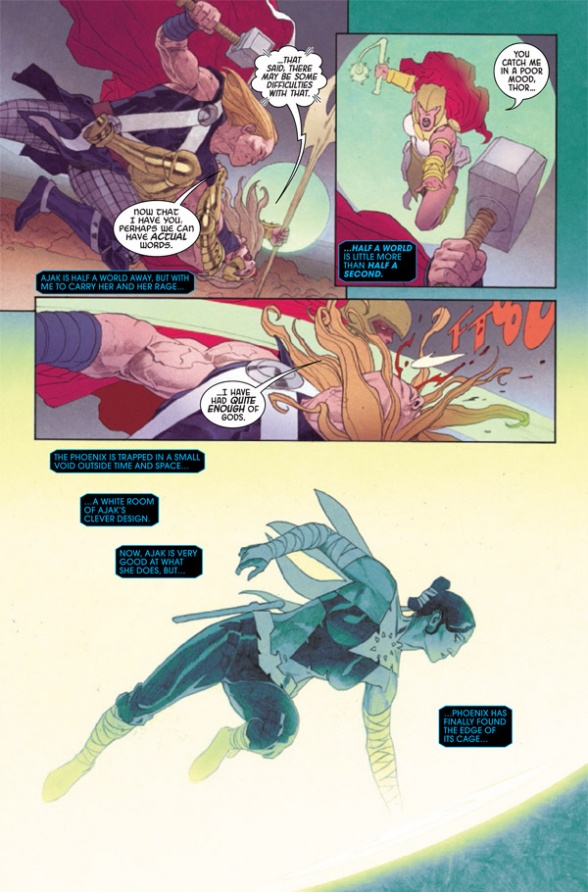