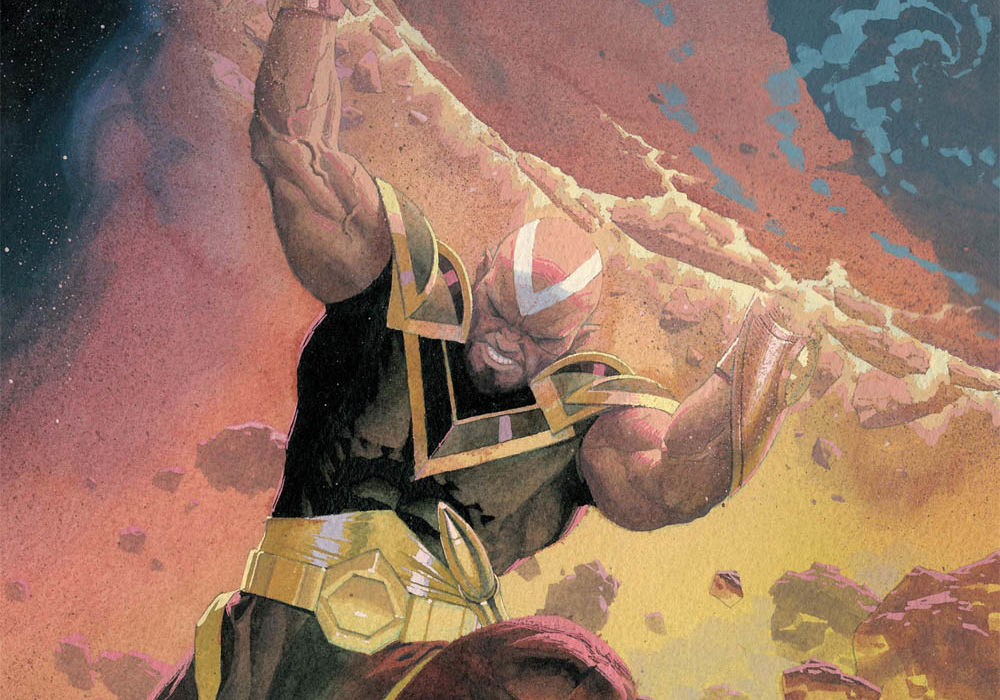 Before the holidays, Marvel Comics heavily hinted that the Eternals, the Avengers, and the X-Men will be going to war this summer. Whatever happens, the publisher’s oldest superhero team will have to deal with a mutant of their own first, the outcast-turned-Prime Eternal Thanos — and the Mad Titan wants Phastos, his former partner-in-crime. We are pleased to present an exclusive preview of Kieron Gillen and Esad Ribic’s “Eternals” #9, due out next week. 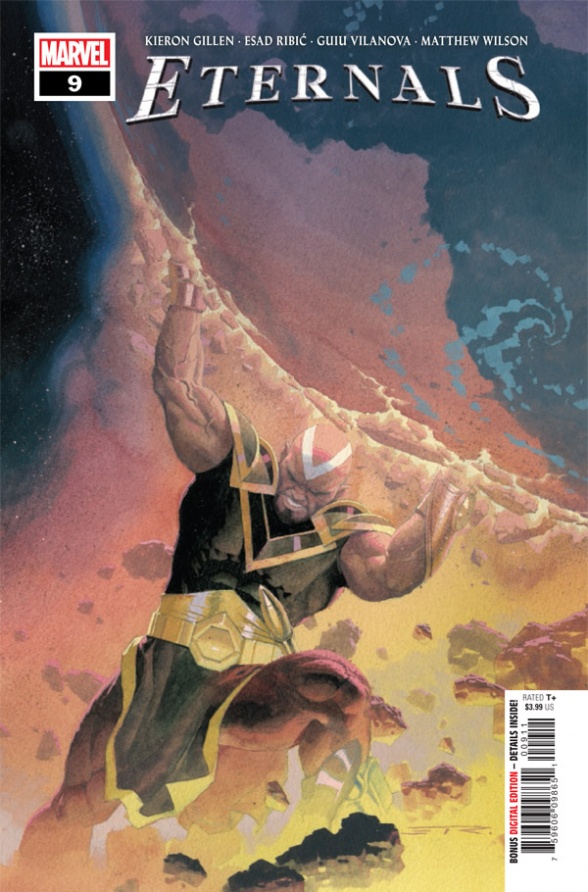 It is Eternal indoctrination to eliminate excess deviation. But can our small group of Eternals overcome such programming when living in a city of Deviants? We’re about to find out as, for the first time ever, Eternals fight for Deviantkind. 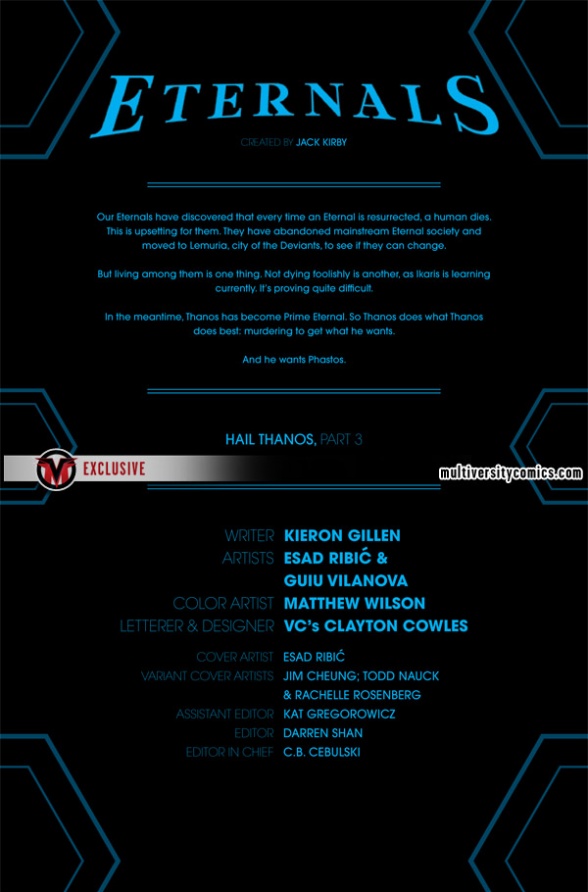 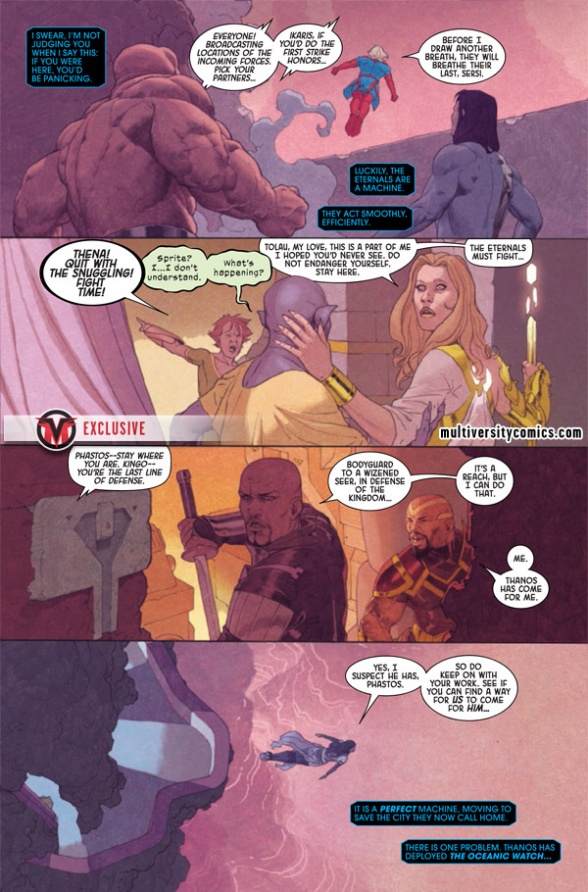 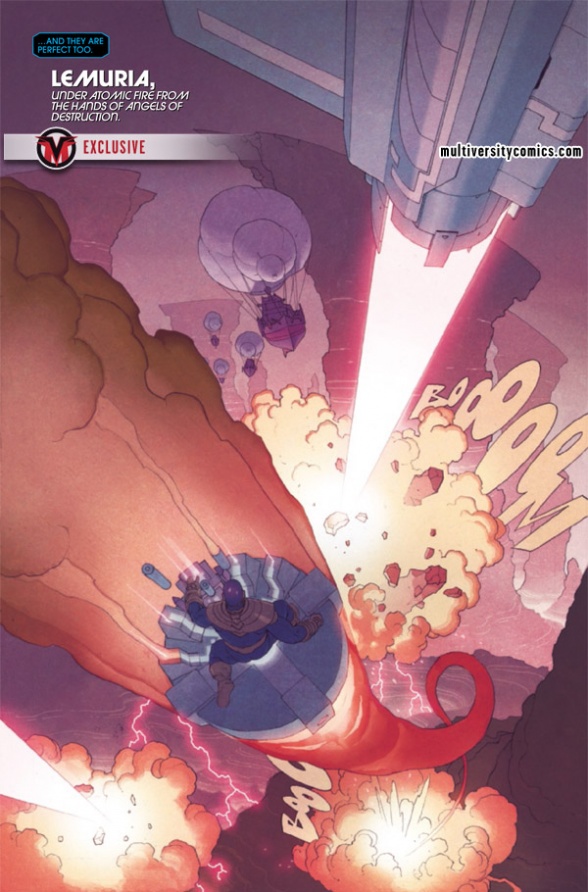 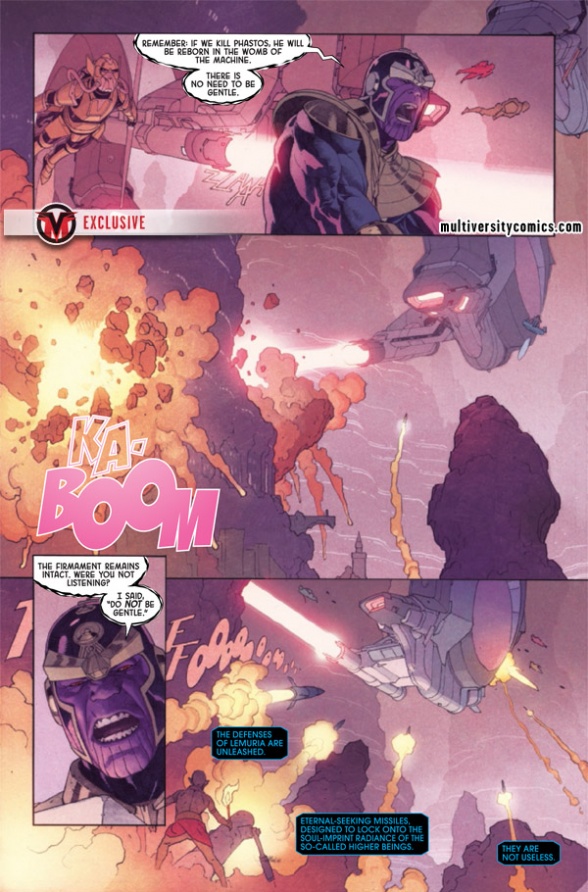