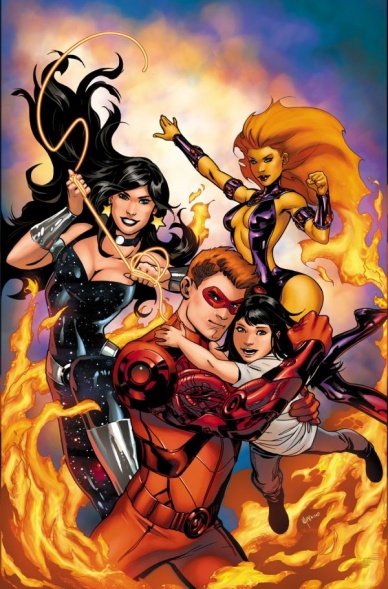 Next month, DC takes readers back to the halcyon days of the aughts, the nineties, the eighties, and beyond, through the tie-ins to “Convergence,” the large event spanning two full months of DC releases. Today, we have an exclusive preview of “Convergence: Titans” #1, which focuses on the journey of Roy Harper, aka Arsenal, a former Teen Titan, and current “Outlaw,” alongside Red Hood.

STARRING HEROES FROM THE PRE-FLASHPOINT DCU! Starfire and Donna Troy track down Arsenal, who had retreated after the loss of his arm and the death of his daughter – but what they find is more terrifying than they ever could have expected!

While many characters have stuck relatively close to their pre-New 52 incarnation, Harper is, essentially, a totally different character. Besides the name, the archery skills, and the past addiction issues, the Harper of “Red Hood and the Outlaws” is not very similar to his predecessor, which is part of what makes this mini fascinating.

It also picks up after the worst time, both in-story and creatively, that Harper ever had experienced – his daughter was killed, his arm ripped off, and he descended back into his drug addiction. This mini seems to attempt to have Roy pick up the pieces of his life, alongside two of his former Titans, Starfire and Donna Troy.

The preview pages that we have catch readers up on just who Roy Harper was, and what led him to this moment.

Please click the images below for their full size. 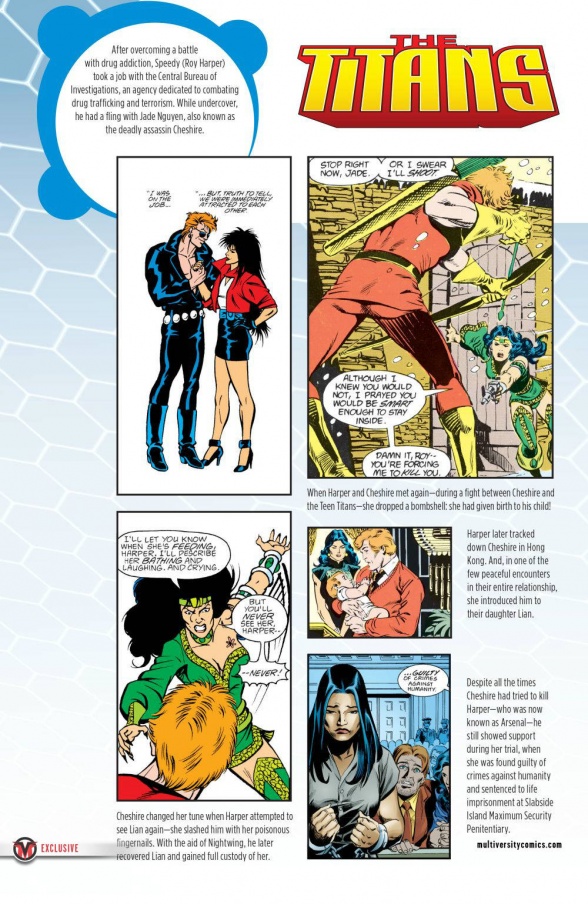 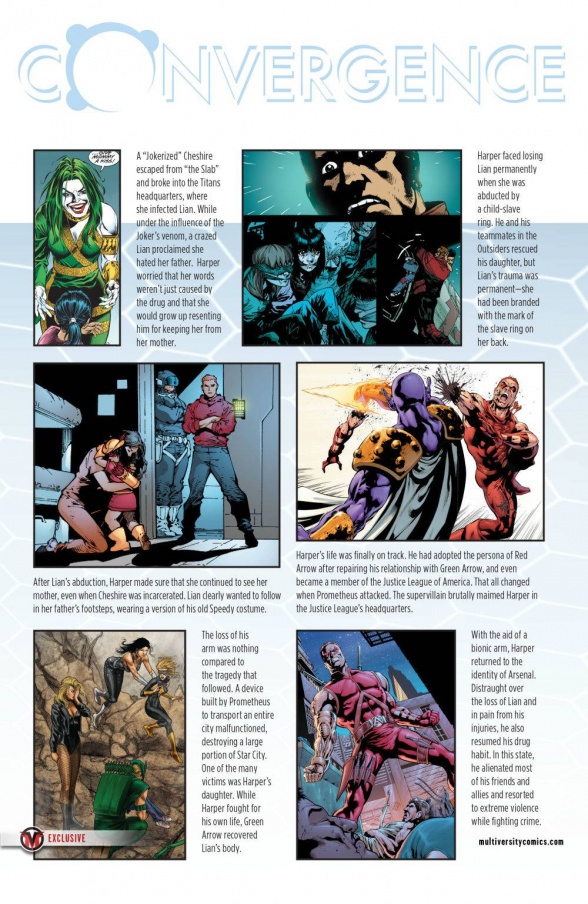 Thanks again to DC for providing us with these pages, and check out the issue when it hits stands on April 8th!