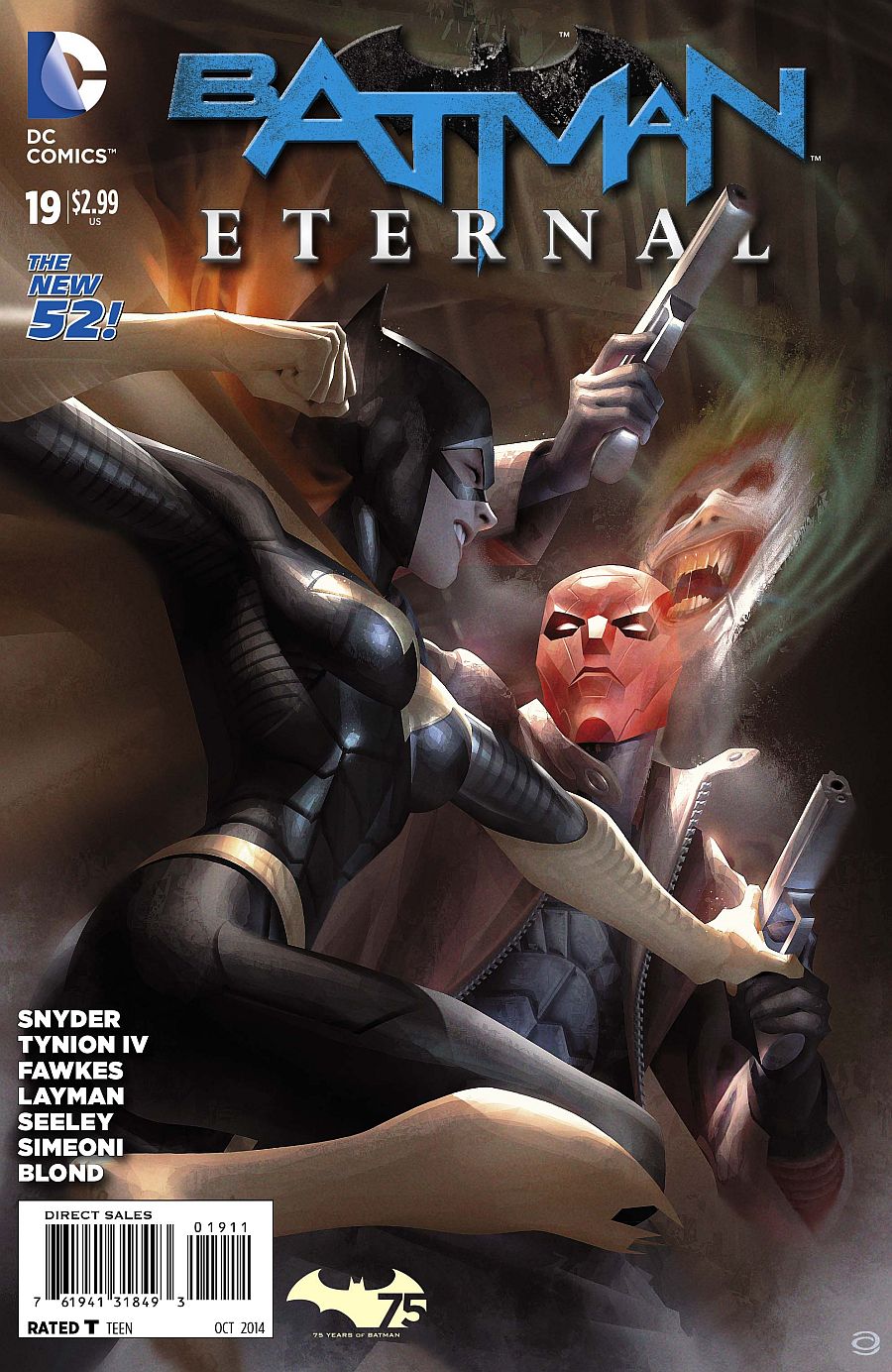 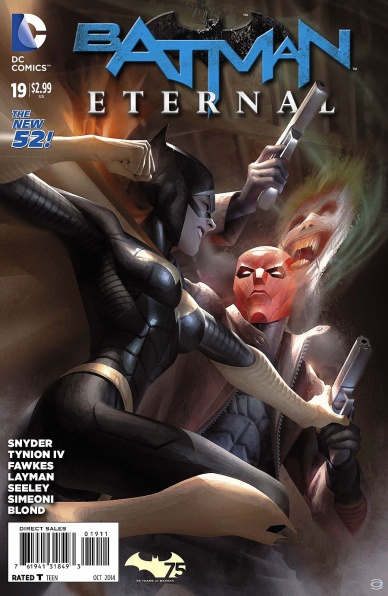 The fine folks at DC Comics have given us an exclusive first look at “Batman Eternal” #19, due out on August 13. The series has been firing on all cylinders lately, and this issue, at least from the preview images, seems to be continuing #18’s focus on both the Batgirl/Red Hood/Batwoman jaunt in Brazil and the Batman/Jason Bard/Killer Croc adventure in the sewers.

Tim Seeley is given the “script by” credit here, and Seeley continues his great New 52 work on Killer Croc, as his “Villains Month” issue was one of the best of the entire event. Emanuel Simeoni makes his second “Eternal” appearance, and his work follows up nicely on Andy Clarke’s, who drew the last issue. Their styles are simpatico, and make for a unified experience, issue to issue.

Jason Bard and Batman are forced to help Killer Croc when his followers are attacked by demonic monsters from The Black Maze! 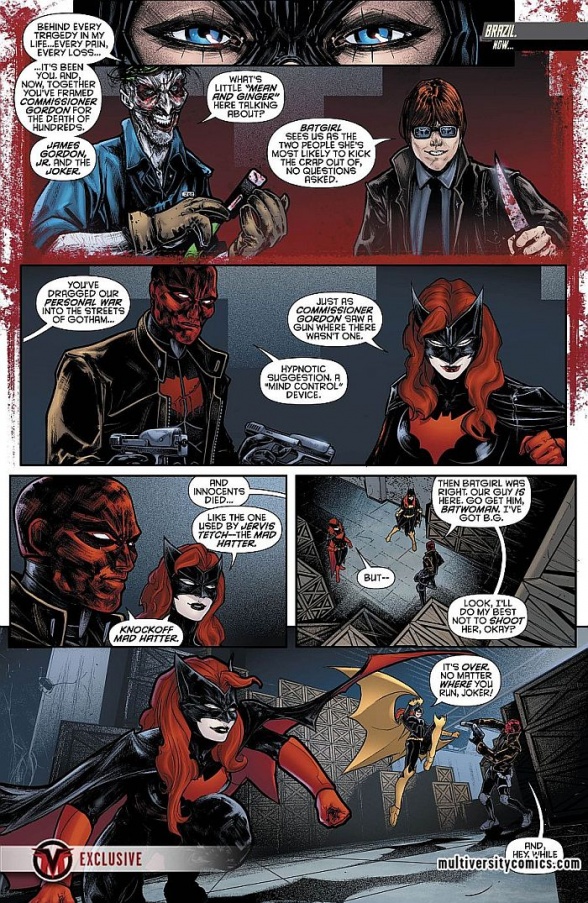 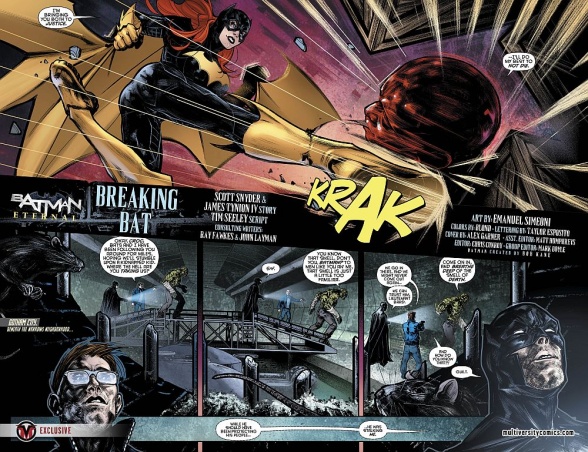 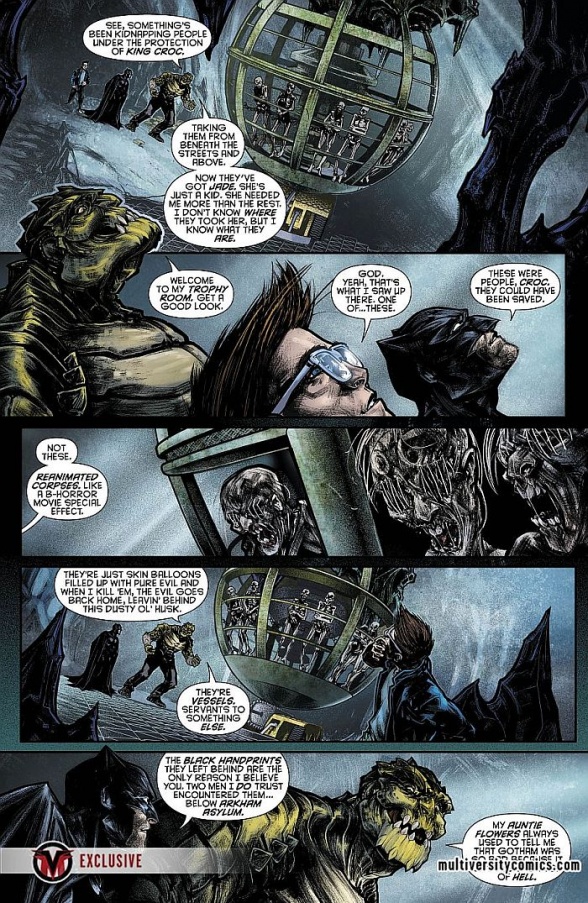 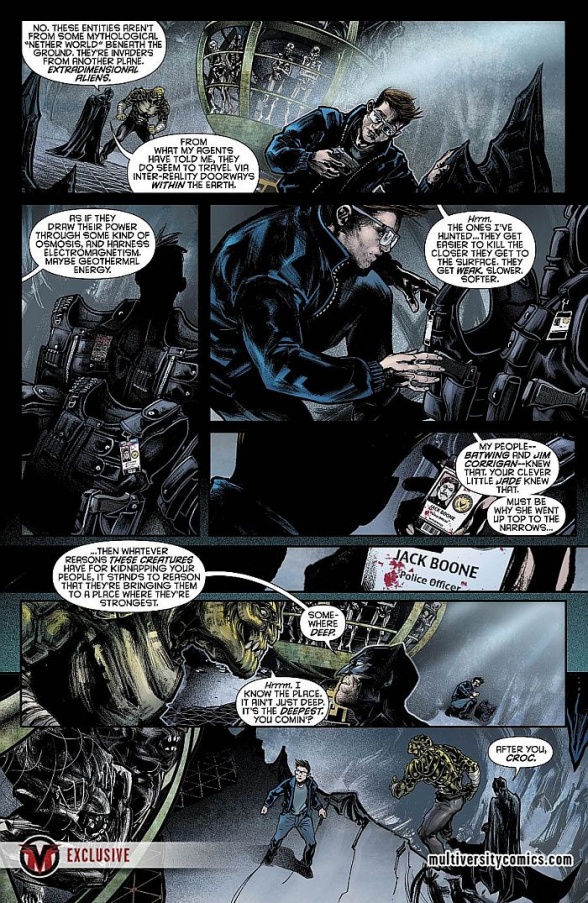