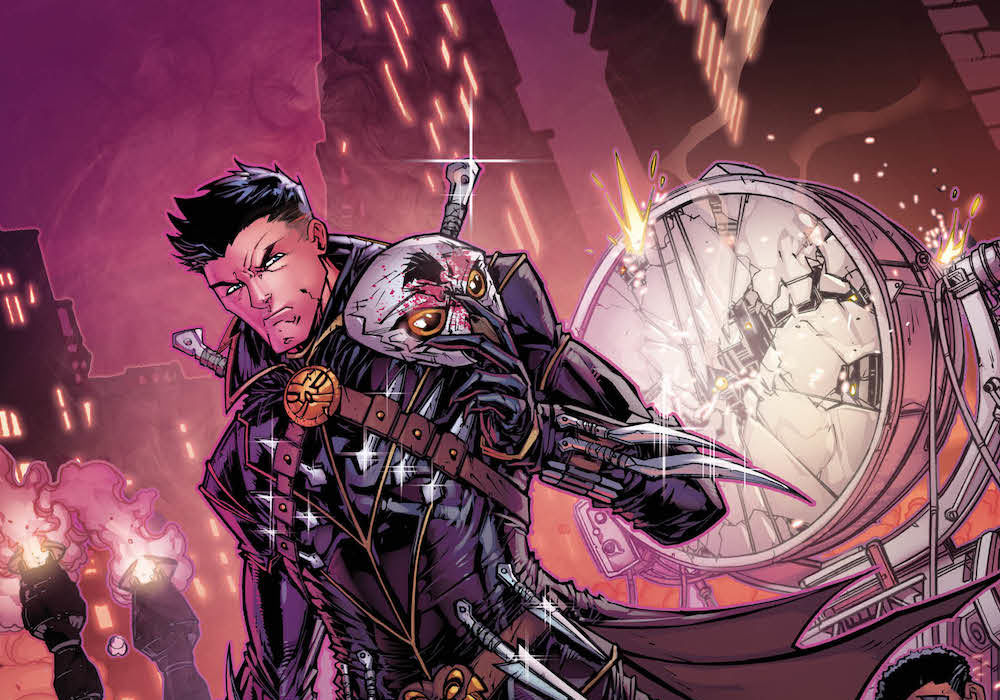 It is hard to believe that it has been over a year since the “Nightwing” status quo totally changed. After getting shot in the head, ‘Ric’ Grayson’s life all started to change. Along with abandoning his Nightwing moniker, a group of others took up the name, and so even though Blüdhaven lost Grayson, it has benefitted from protecting by – wait for it – the Nightwings! We’ve got an exclusive first look at issue #66, due out on November 20th.

William Cobb has taken the Nightwings down one by one, leaving Ric on his own in a Blüdhaven that is literally aflame. Cobb offers Ric a chance to save his city by at last fulfilling his legacy as the Gray Son and becoming the new Talon and leading the Court of Owls into a new age.

Thanks to DC for the preview, and makes sure to pick up the issue on Wednesday! 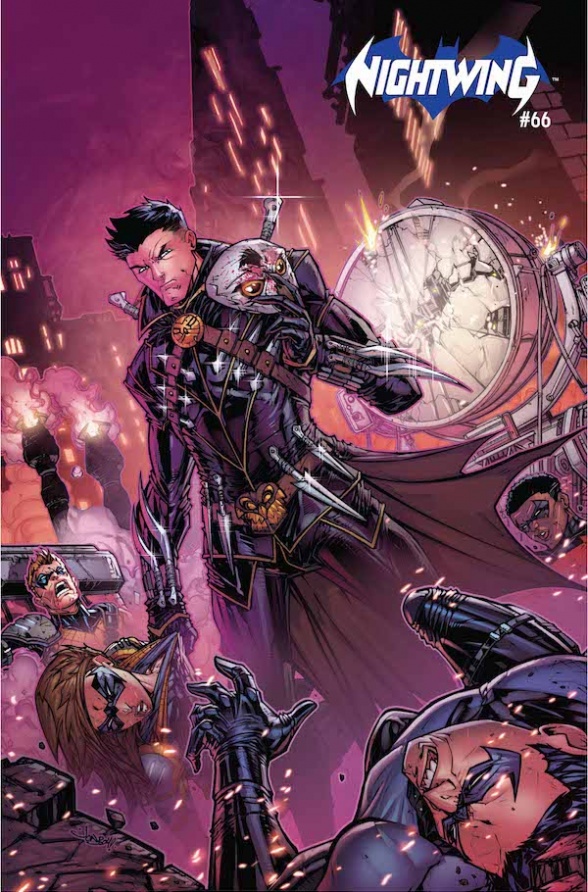 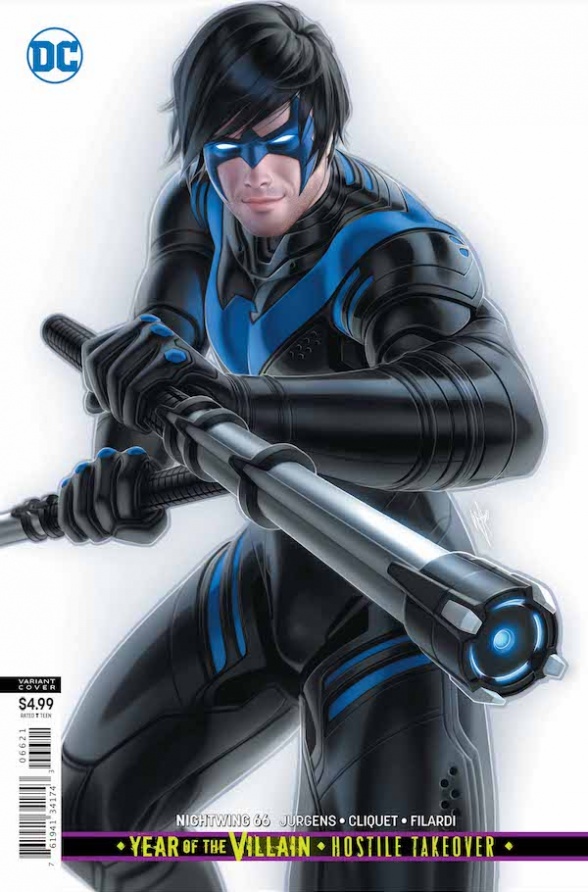 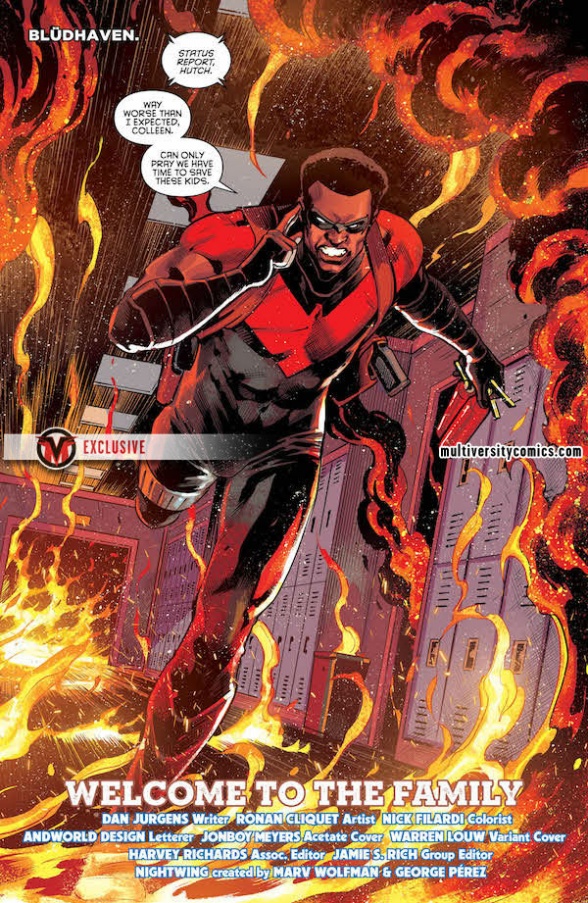 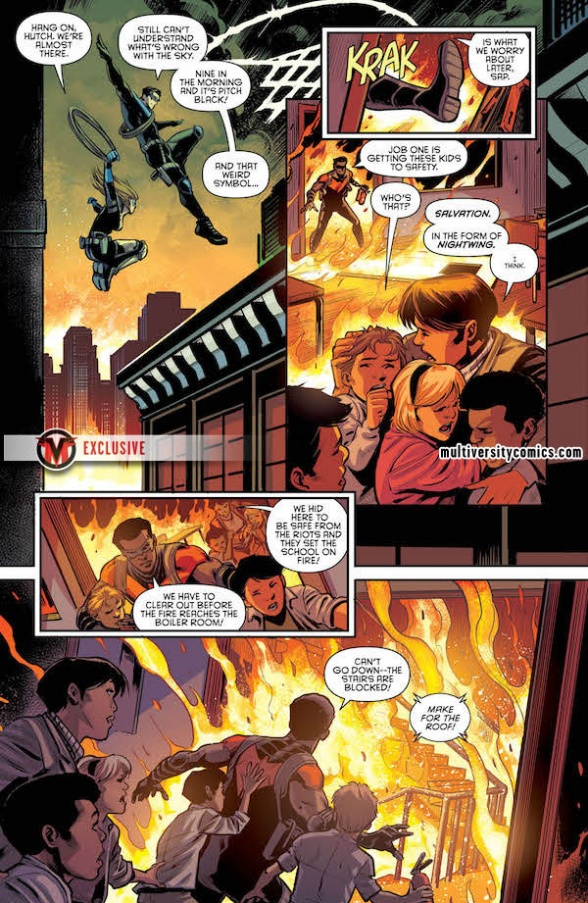 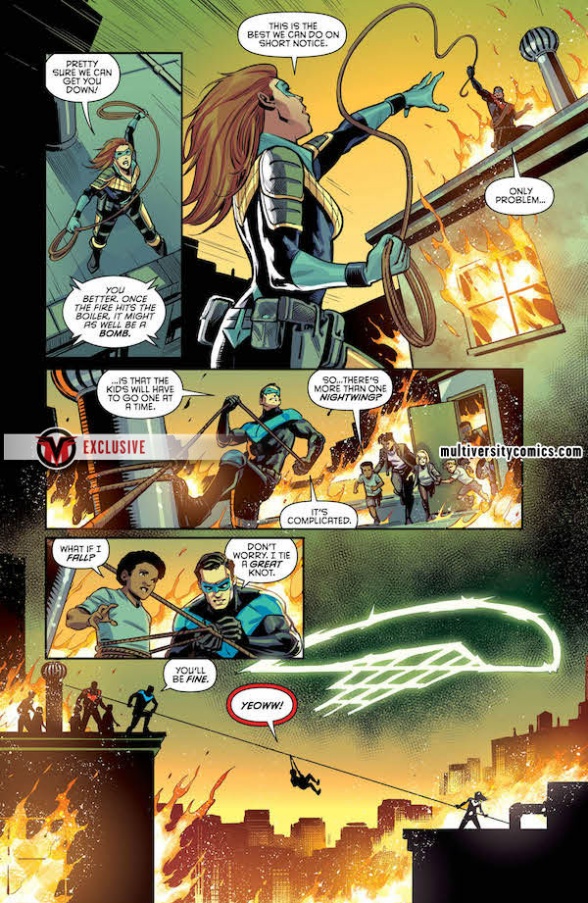 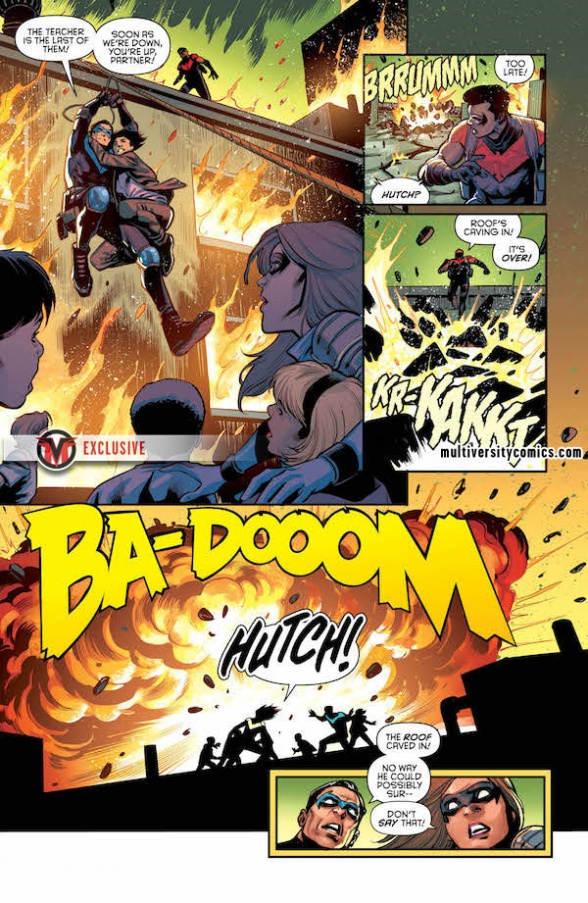 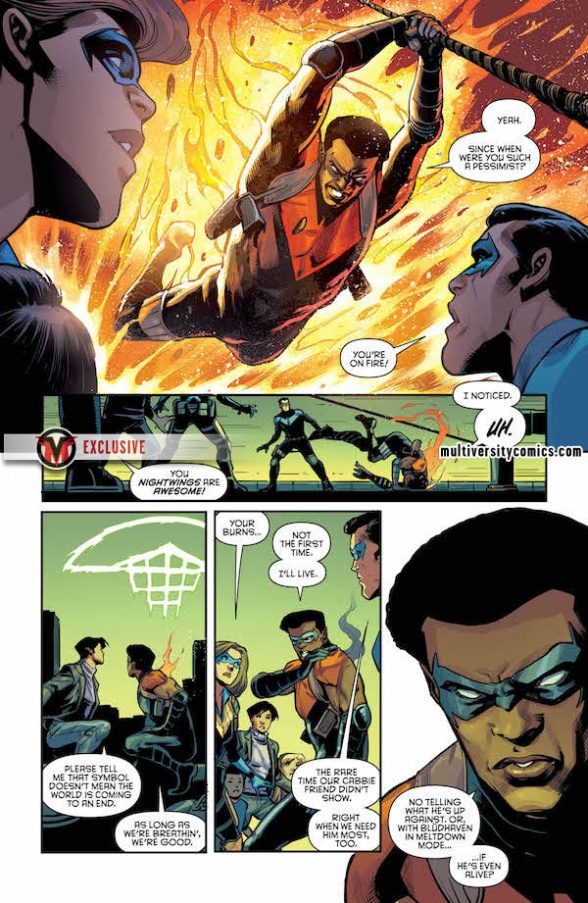