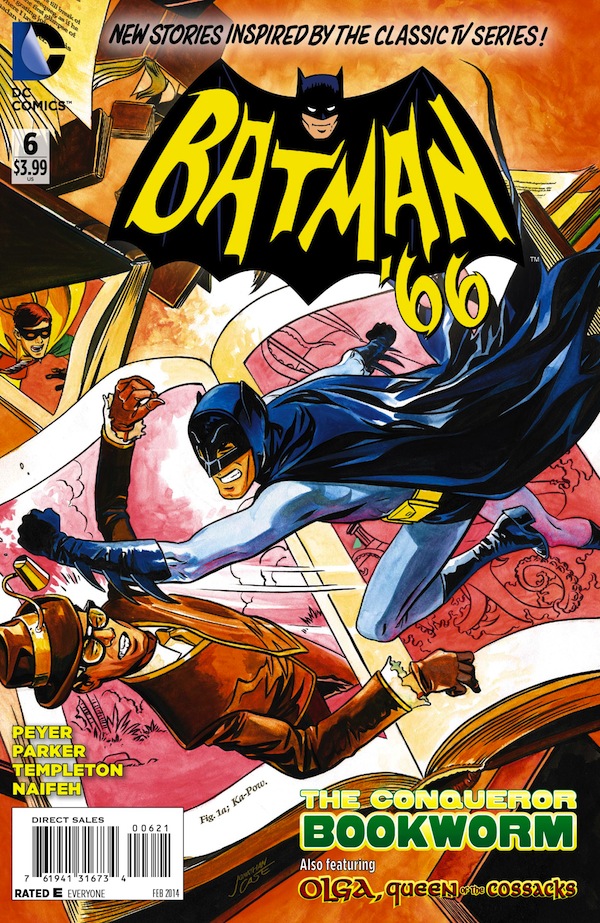 The good folks at DC Comics have provided us with an exclusive preview of “Batman ’66” #6, which is being released on December 18th.

In the first part of “The Conquering Bookworm,” Tom Peyer and Ty Templeton introduce us to the character, played by Roddy McDowall on the Batman TV show, as well as the usual cast of characters from everyone’s favorite 60’s television-based series!

Check out the 5 page preview, along with two covers, below, and make sure to pick up the book on Wednesday!