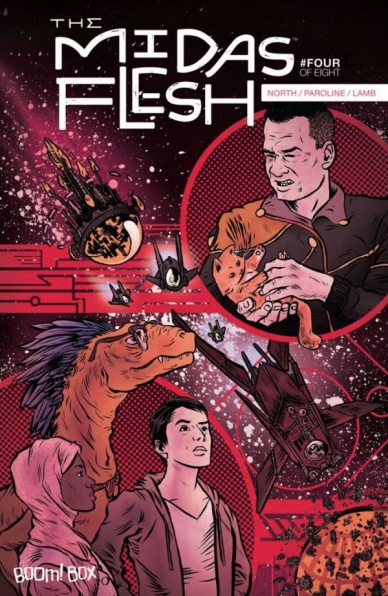 We’re pretty much unabashed fans of Ryan North, Shelli Paroline and Braden Lamb around here, aka the “Adventure Time” comic team, and their creator-owned book at BOOM! “The Midas Flesh” isn’t too shabby either. Featuring a different side of every creator involved, it’s a great little sci-fi mini-series that has kicked of BOOM!’s new Boom Box imprint, and it certainly sets an excellent tone for all future endeavors.

And today, we’re very excited and pleased to share with you an exclusive preview for the next issue of the series, #4, which is out next week. Take a look: 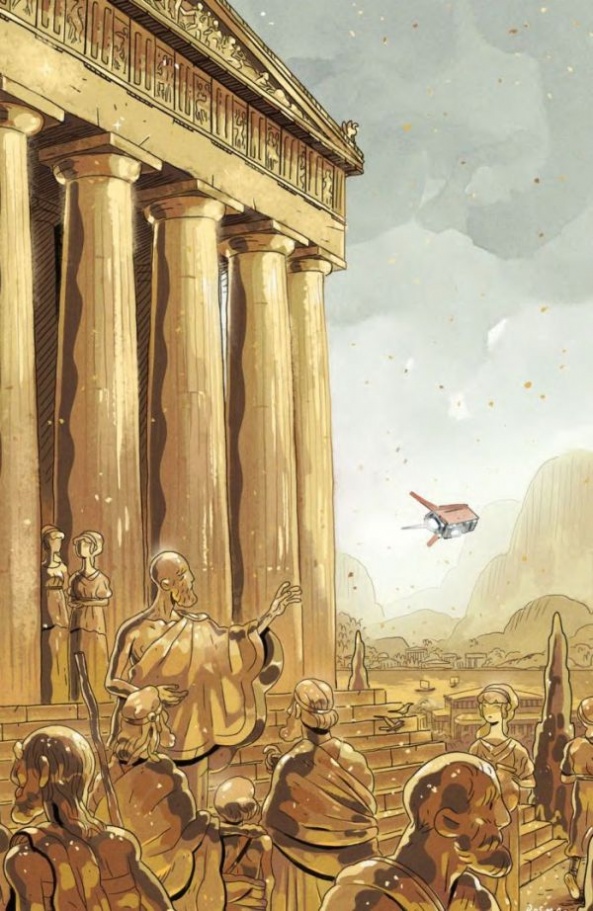 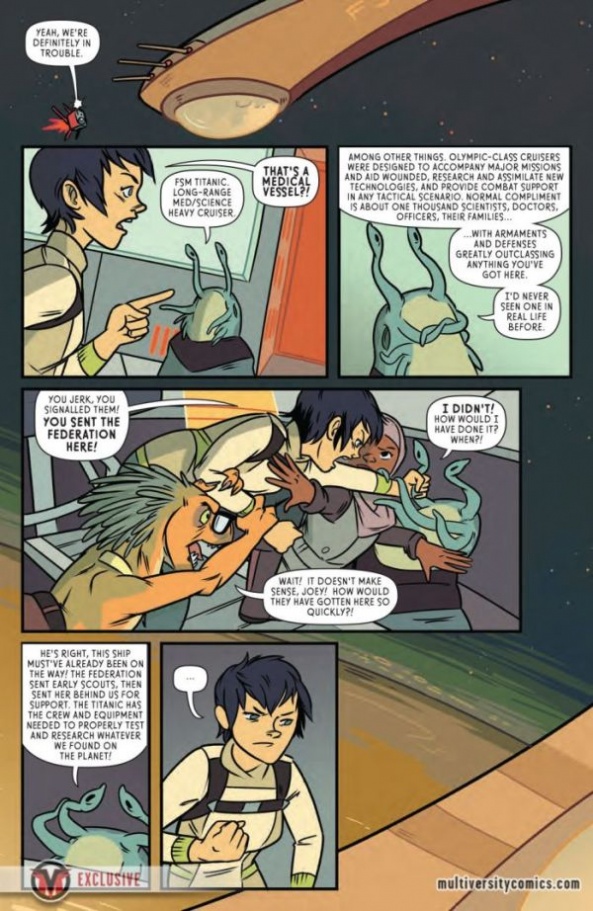 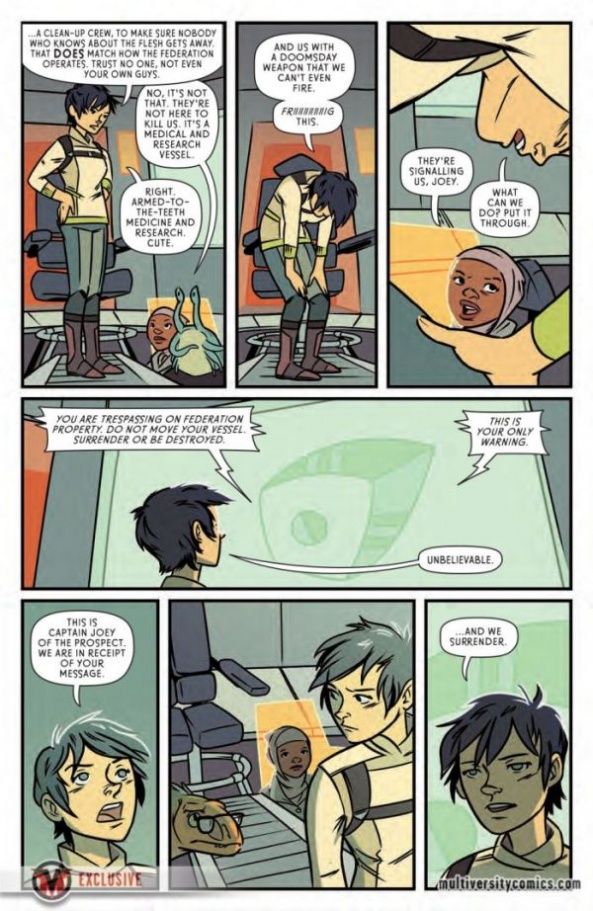 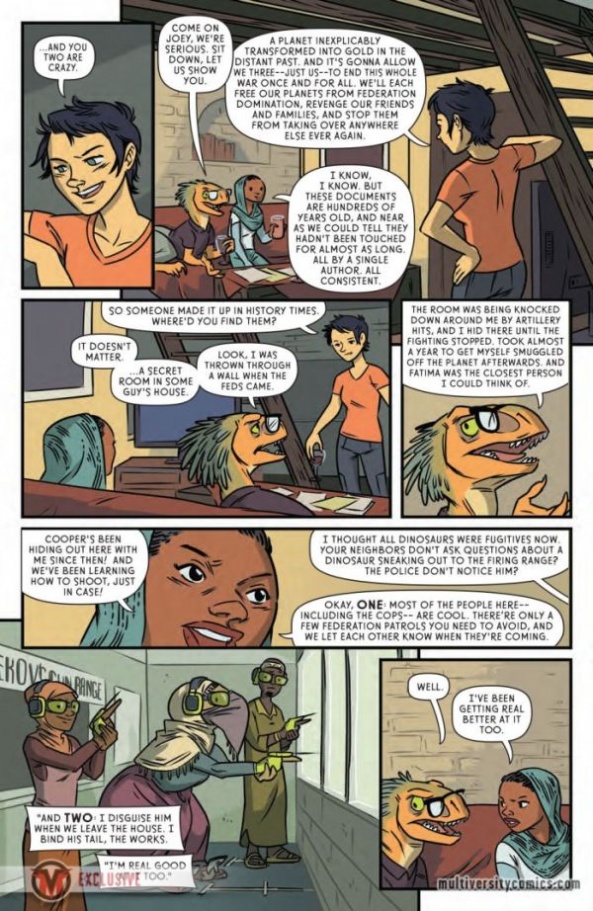 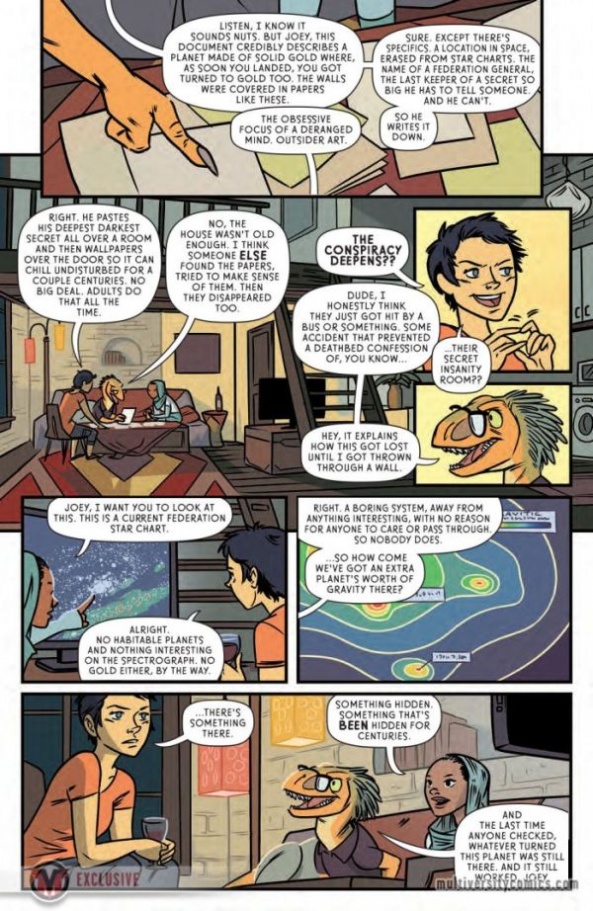 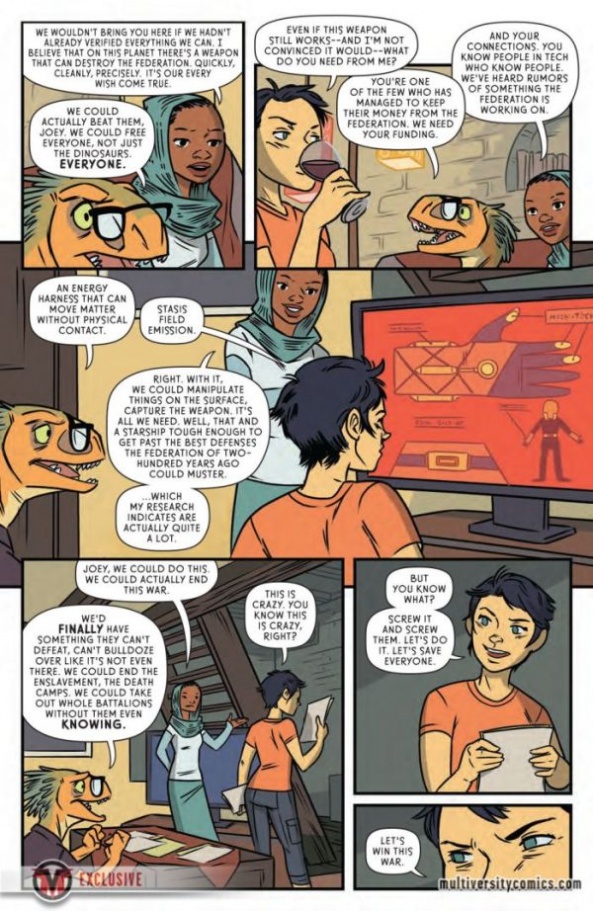 And here’s the solicit:

THE MIDAS FLESH #4
Author: Ryan North
Artists: Shelli Paroline & Braden Lamb
Cover Artists: A. John Keogh B. Sam Bosma
Price: $3.99
Synopsis: Oh, no! Our crew is face-to-face against the Federation’s medical ship, The Titanic, and they’re here to take away the secret weapon that our crew has worked so hard to acquire. But can they get a hold of it without someone suffering the fate of The Midas Touch?! Do our pals have the stomach to murder hundreds of innocents aboard a medical ship in order to keep their secret weapon? Only one way to find out…