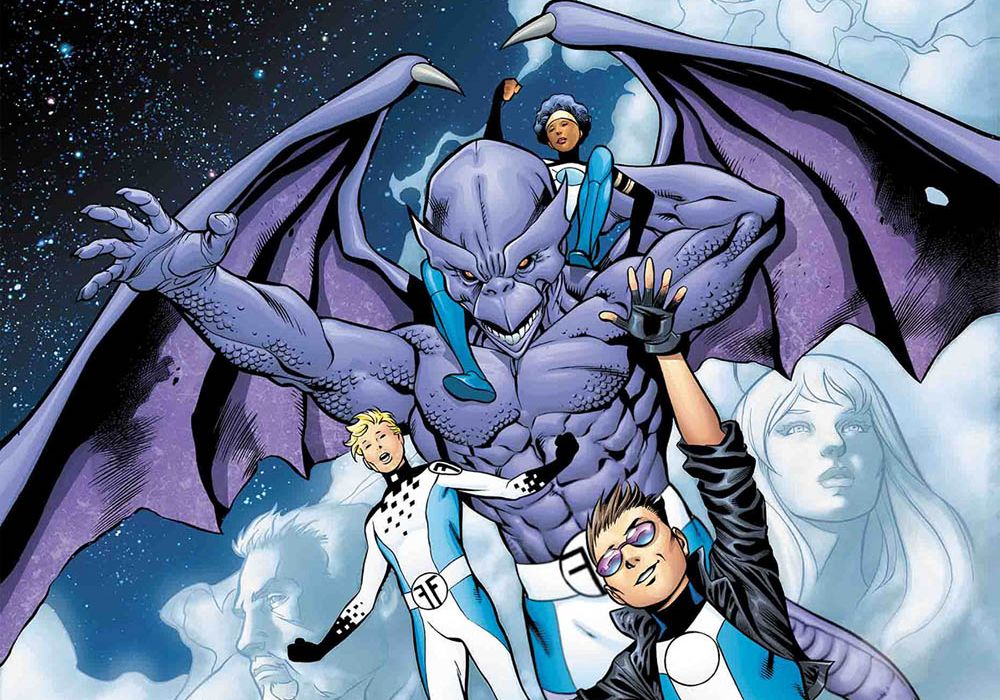 With the return of the Fantastic Four to Marvel Comics, it was only a matter of time before the team’s Future Foundation returned in their own series as well. We are proud to present an exclusive preview of the first new issue, written by Jeremy Whitley with art by Will Robson, which ought to appeal to fans of Jonathan Hickman’s original “FF” run, as well as those who miss the science adventures of Whitley’s newly concluded “Unstoppable Wasp” run. 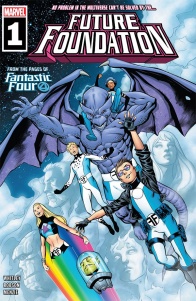 A BRAND-NEW SERIES STRAIGHT FROM THE PAGES OF FANTASTIC FOUR!
When the Richards family is called back to Earth to be the Fantastic Four again, they left behind the Future Foundation – a think tank of the most brilliant young minds in the universe – with one mission: to find the pieces of and rebuild their friend Molecule Man. But that’s proved harder than imagined as this crew of young geniuses, Atlanteans, Mutants, Moloids and androids have run into every problem in the Multiverse. Now, with the leadership of Alex and Julie Power and a little extra firepower from guest professor Yondu Udonta, the team will undergo their most dangerous mission yet – a PRISON BREAK! Jeremy Whitley (UNSTOPPABLE WASP) and Will Robson (GREAT LAKES AVENGERS; Spawn) take the Future Foundation on a heart-pounding journey across time and space! 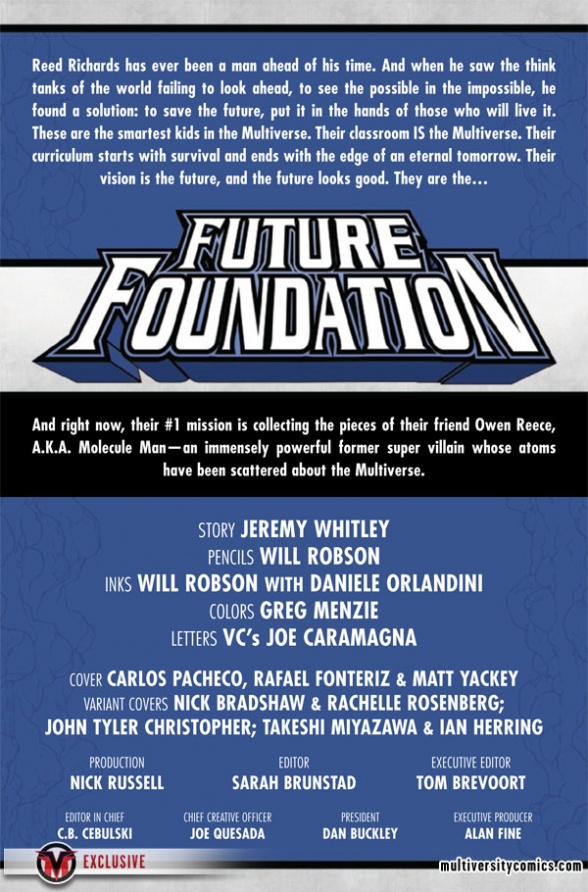 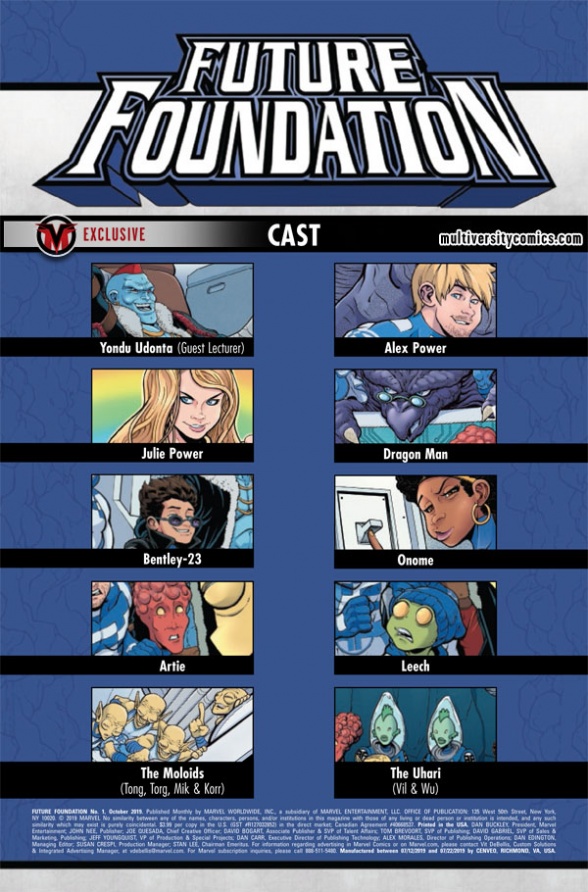 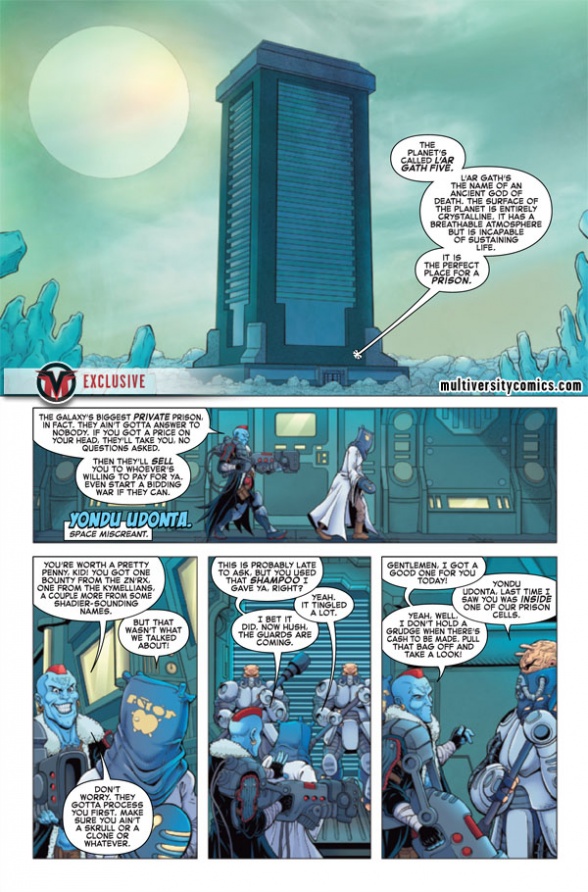 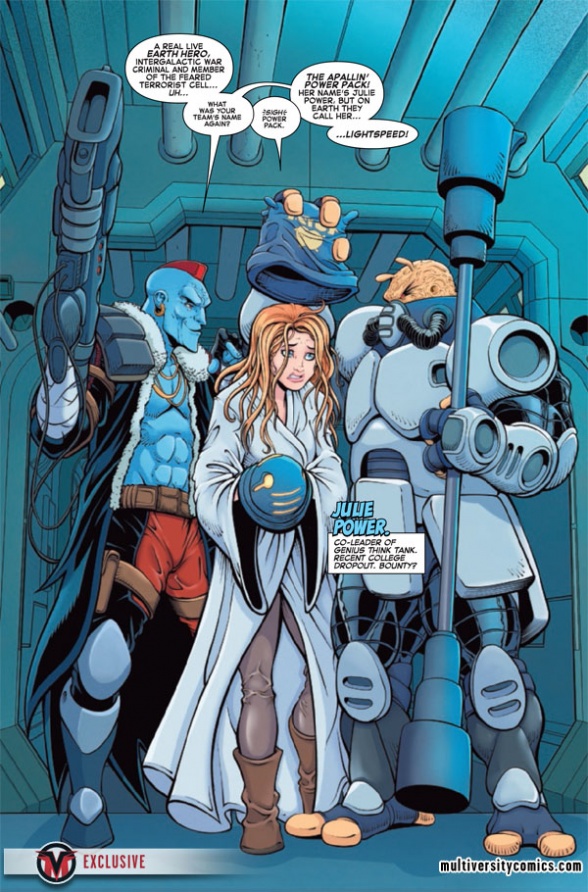 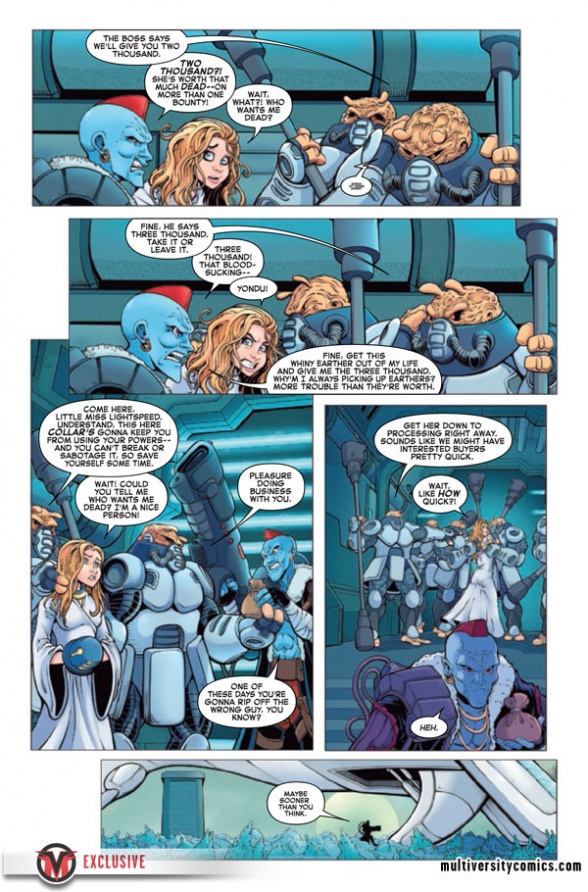 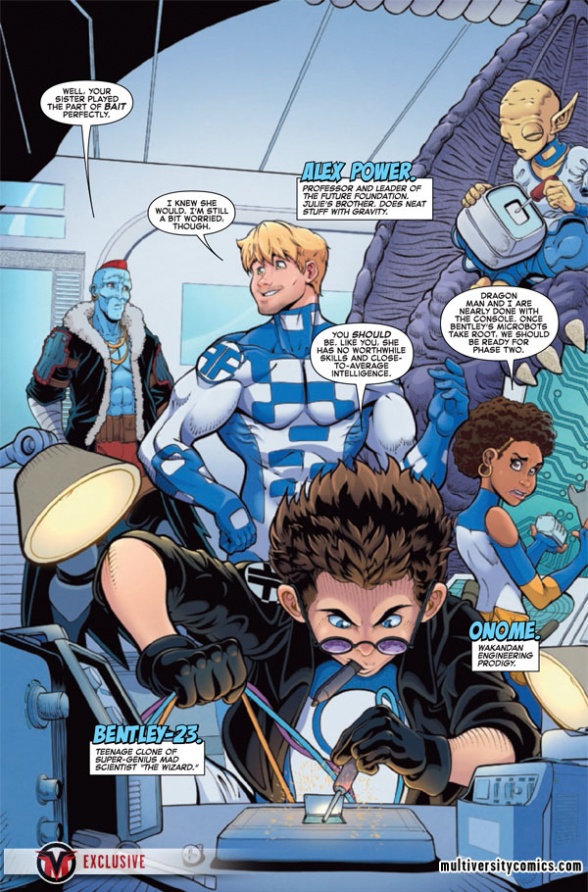 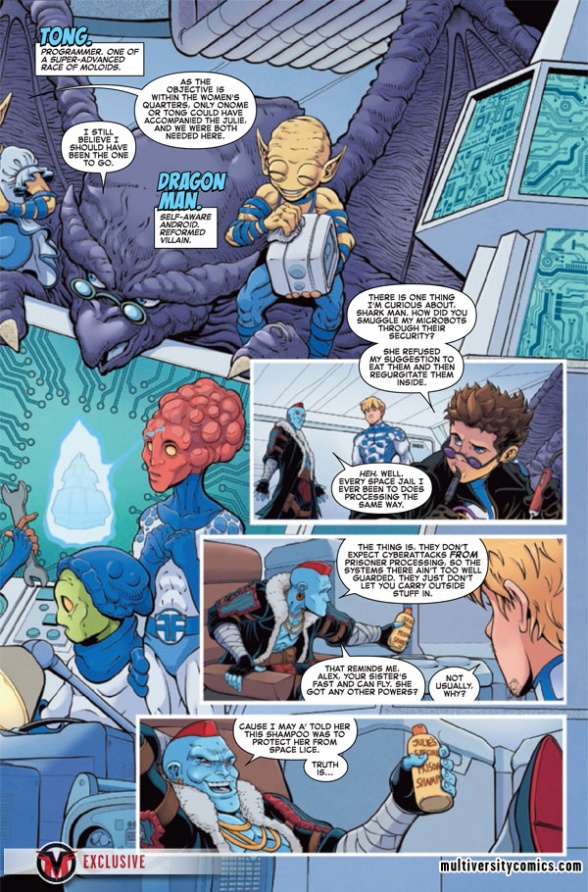 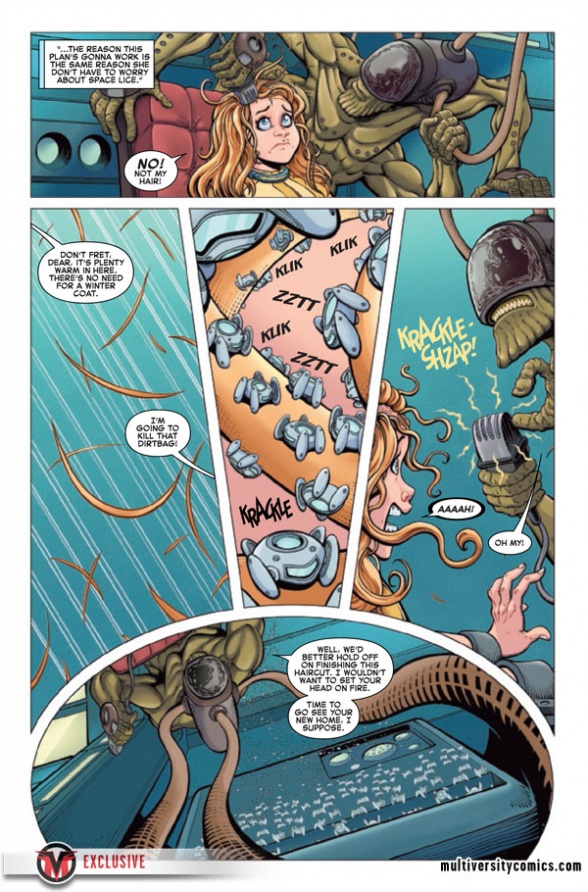